A year in the life of Canada’s top-ranked university: from the country's first hand and forearm transplant to @UofTDrizzy 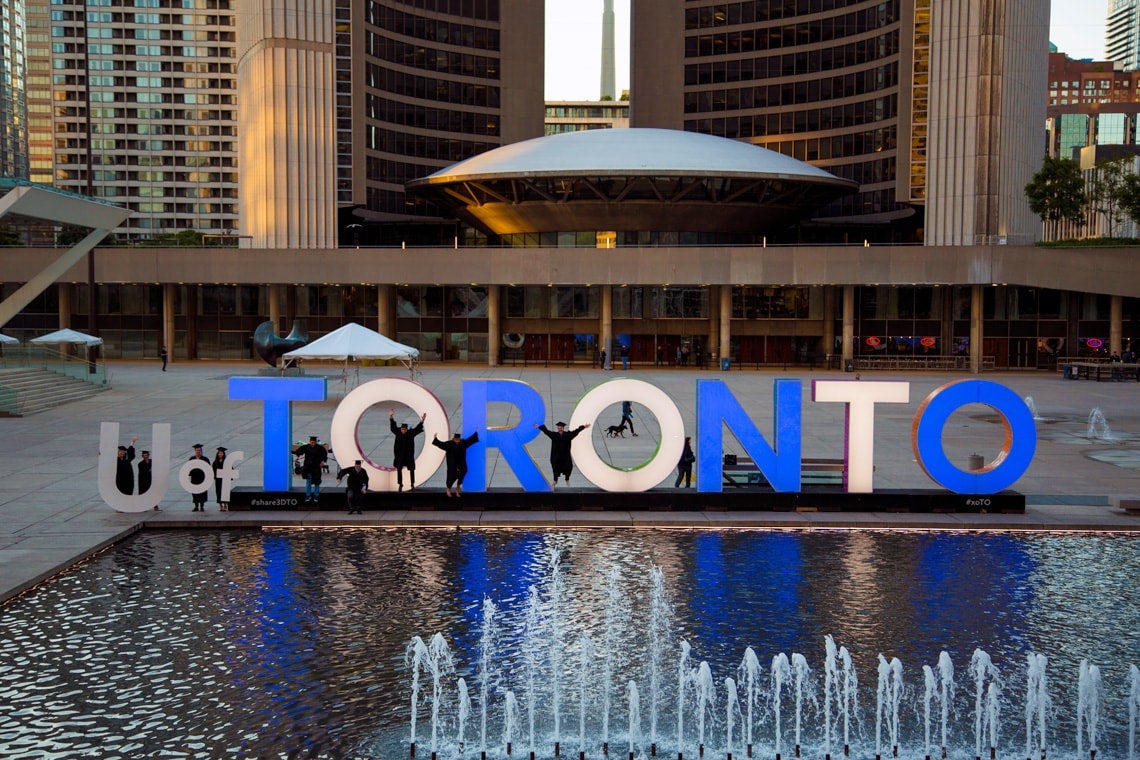 Students, faculty, staff and alumni who made 2015-2016 at the University of Toronto an academic year to remember

They helped welcome refugees, launched startups, won countless awards, and led research breakthroughs on cancer-causing proteins, why everyone is better off when kids walk to school, whether dinosaurs had lips and much, much more.

Students and faculty at the University of Toronto spent the academic year working to make the city, the country and the world a better, healthier, more sustainable place.  And across the globe, people took notice – with international rankings that placed U of T eighth of the world’s top public universities and surveys that ranked U of T grads among the world’s most employable.

But here are six reasons why U of T students, faculty, staff and alumni made it a year to remember.

ONE: STUDENTS WHO MADE HEADLINES 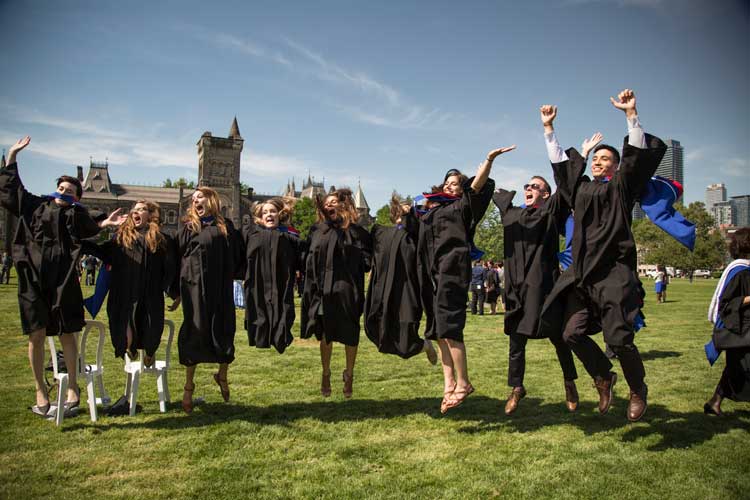 The school year had barely started when a team of alumni and students created the fastest human-powered vehicle in the world. And things never really slowed down after that.

Read about the students who were awarded prestigious Trudeau Foundation scholarships

Read about U of T’s Rhodes Scholars

Read about U of T Drizzy

Read about U of T’s newest grads

And who were the innovative teachers who inspired and connected with those students? Work-study student Krisha Ravikantharaja goes behind the scenes in Canada’s largest classroom for her series: Inside Con Hall and reporter Arthur Kaptainis profiles winners of the President’s Teaching Awards. 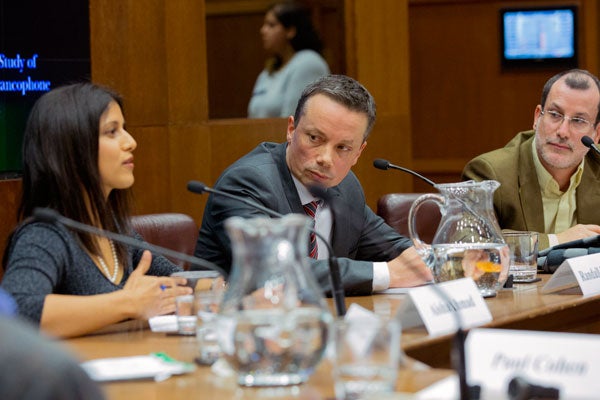 Photo above and all photos below by Johnny Guatto

Pretty much every university these days talks about fostering global citizenship. But at U of T, global citizens are everywhere. Here are just a few:

Undergrad Quan Le travelled to Rwanda for economic research funded by the World Bank and Innovations for Poverty Action, a U.S. non-profit,

Team Attollo created “talking stickers” to improve the literacy for impoverished children around the world.  And entrepreneurs from the Banting & Best Centre for Innovation & Entrepreneurship worked on a low-cost light, easy to turn-on light, tested in the Philippines.

Faculty and students at The Munk School of Global Affairs tackled everything from privacy issues in the age of big data to participatory budgeting in Canada. You could see its experts debating Canada’s foreign policy future on the eve of the federal election and issues such as terrorism, ISIS and the global refugee crisis a month later.

U of T student delegates participated in the COP21 conference in Paris (and shared their impressions of the summit with U of T News. )

THREE: THE CITY EXPERTS AND CIVIC ENGAGEMENT WE NEED (AND DESERVE) 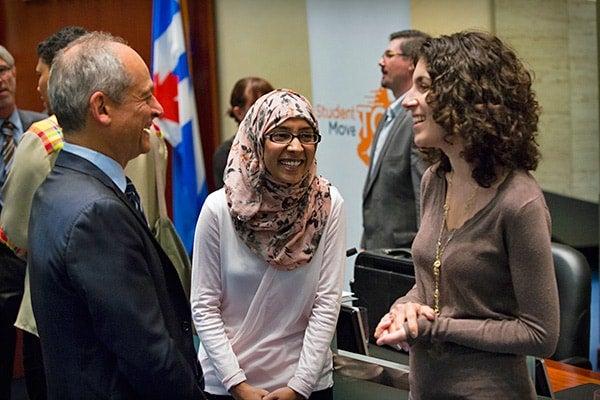 Need an expert on infrastructure, water treatment, transit, municipal revenue sources, urban forests, energy grid, food deserts, voting, public art, guns and gangs, slippery sidewalks, the school system? U of T has all of them and more – even the university’s president is a cities expert.  [link to TV interview] How did students and faculty use the city as a living laboratory?

Eric Miller, head of U of T’s Transportation Research Institute was asked by Mayor John Tory to analyze his SmartTrack transit plan.

“The more capacity you can build in the downtown, the better off everyone is, including U of T,” said Miller.

He wasn’t the only one working to solve the city’s transit woes. Students travelling to universities in Toronto may spend hours on their way to class in a single day – and that affects their studies, involvement in university events, and overall quality of life. So U of T, York University, Ryerson University and OCAD University collaborated on StudentMoveTO where students completed a survey on their travel experience to and from their university.

"The initial goal was to seek ways to help inform public policy and ultimately to improve the commuting experience for our students,” President Meric Gertler wrote in U of T Magazine. “But we believe the data will help improve the quality of life for everyone in the Toronto region."
Read more about StudentMoveTO.

Sometimes U of T was literally building the city. Take U of T Scarborough’s new Environmental Science and Chemistry Building. Or how about the downtown Toronto campus’ Landscape of Landmark Quality project introduced in this academic year. After months of consultations with university stakeholders and the wider public, a team comprised of KPMB Architects, Michael Van Valkenburgh Associates (MVVA) and Urban Strategies released a plan that shows revitalized public spaces of the St. George campus.

FOUR: RESEARCH THAT IS CHANGING THE WORLD 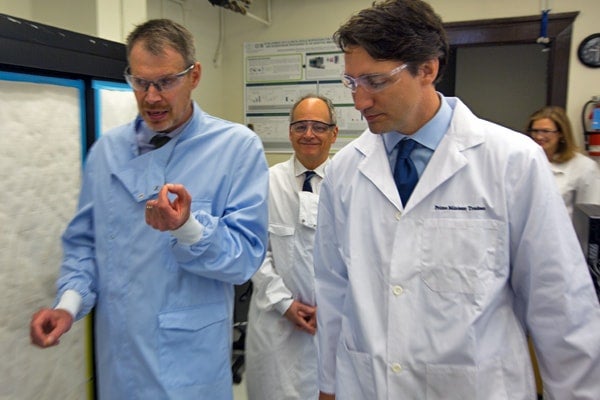 Why does QS rank U of T tops in Canada in all its research categories? We didn’t have time to ask the literally thousands of faculty, grad students and undergrads who work on everything from fundamental research to innovations that spark startups. But here are just a few examples of the people who are already changing the way we see the world and how we live in it.

The prestigious Killam Prize was awarded to four U of T recipients this year and U of T also gained 34 new Canada Research Chairs.

Neuroscientist Christopher Honey and astrophysicist Jo Bovy, both in the Faculty of Arts and Science, won the Sloan Fellowship.

These ten U of T researchers have been awarded NSERC Strategic Partnership Grants, supporting research such as designing new materials for electrolysing clean fuel and data-driven knowledge mobilization.

These five U of T scholars received NSERC prizes for research that will support research ranking from looking into billion-year-old water, the evolution of plants, faster disease diagnosis, and microbial energy.

From the private sector to the public sector, potential partners and backers recognized the University’s strength in research.

Read about the largest research grant in U of T’s history: $114 million for the design and manufacture of cells, tissues and organs that can be used to treat degenerative disease. And Prime Minister Justin Trudeau dropped by to show his support for U of T’s CCRM, the commercial arm of Medicine for Design.

U of T announced that its facilities at the MaRS West Tower will host the first JLABS incubator in Canada. Of the first 22 companies selected to be part of JLABS @ Toronto, at least eight have ties to U of T and its partner hospitals: Nanovista, 6Biotech, App4Independence, AvroBio, DNAstack, Ketogen Pharma, Ubiquitech and Proteorex Therapeutics Inc.

And the Ontario government invested in the Centre for Engineering Innovation & Entrepreneurship, designed to support and accelerate economic growth and long-term prosperity in Ontario and Canada. Read more about the CEIE. 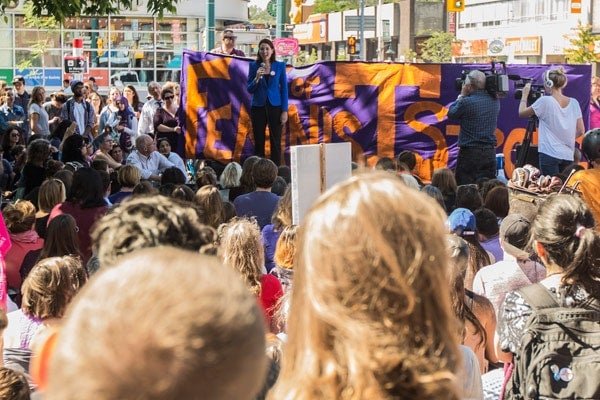 It’s true, what they say: Canada needs more U of T.

From the country’s new Parliamentary Poet laureate, Professor George Elliott Clarke, to the latest winner of the Griffin Poetry Prize, staff member and alumna Liz Howard, and all the students and recent grads prepping for Fringe, members of the U of T community made more contributions to our culture and quality of life than we can list.

Read about the alumna behind Under the Gardiner

Read about the alumni appointed to the federal cabinet

But it was a year of more than awards and honours. Classes had barely begun last September when the U of T community banded together in a show of solidarity and courage, denouncing violence against women in the wake of threatening online comments targeting women and feminists at the university.  And throughout the academic year, scholars stepped up to work on some of the longest-running but most pressing challenges any university must face. Read about:

And although it’s great to tackle the world’s most pressing challenges it’s also important to take care of things at home. This year, U of T was named one of:
•    Canada’s Greenest Employers
•    Canada’s Family-Friendly Employers
•    Top Employers for Canadians Over 40
•    Best Diversity Employer 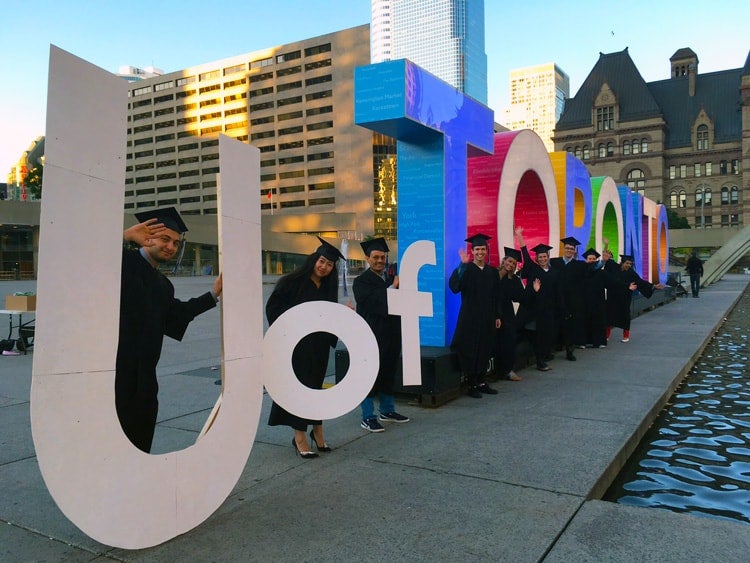 Throughout the year, U of T faculty weighed in on important topics for U of T News, The Bulletin, and media organizations around the world.

Read what they had to say in the federal election.

And students did their bit to get out the vote.

But while members of the U of T community don’t shy away from tough topics , they also love to celebrate.

“What isn’t our community engaged with on social media?” says Michelle Cortes, U of T’s manager of online and social media. “Our most popular posts across Facebook, Twitter and Instagram are things that give people a reason to be proud and connected with U of T.

“Looking back at this year our most popular topics were U of T’s global rankings announcements, the emergence and overwhelming popularity of @UofTDrizzy in the fall and the U of T takeover of the iconic Toronto sign down at Nathan Phillips Square.”

“Sometimes goofy and at other times serious, social media continues to be a place where our community talks about the things that matter to them.”

The Varsity’s hardworking student journalists engaged U of T students in a wide range of political and social issues, including left-wing privilege on campus, the federal election results, and a discussion on cultural appropriation, a look at the UTSU lawsuit of its former leaders and the disqualification of team 1UofT from UTSU election.

“Part of the reason that it is really interesting to be working in student journalism at U of T is because there is such a diversity of interests,” said Alex McKeen, The Varsity’s current editor-in-chief, adding sexual violence policies and mental health issues and support are important to students.

“U of T has a really long history and The Varsity has a long history (since 1880),  so when we dive into an issue like feminism  we instantly dive into our own archives and flip through our own paper. It’s something that humbles us a bit to look back on this institution and this paper and how both have evolved over time.”

To read more news, research and community stories from the past academic year, take a look at U of T’s recently revamped news site. Looking to share a tip or propose a story idea for the coming academic year at U of T? Contact UofTNews@utoronto.ca.