Fewer children walk or bike to school, U of T research finds – and that hurts everyone

Ron Buliung: cars play an “increasingly dominant role” in the lives of kids and teens 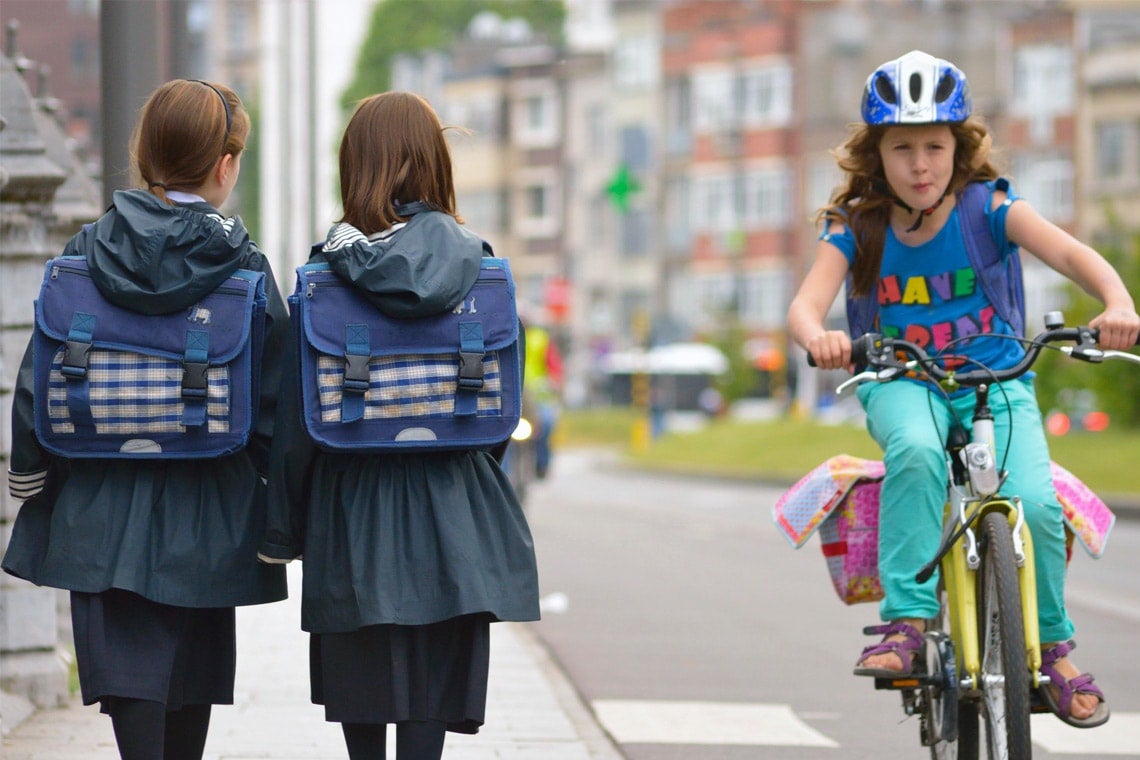 More than twice as many kids are driven to school these days compared to 25 years ago, the University of Toronto's Ron Buliung says – and that's having an impact on everyone.

“We have a multi-billion dollar congestion problem in the region,” says Buliung, a professor of geography at the University of Toronto Mississauga.

“We’re dealing with the hangover from the auto century.”

In a study released April 5 by Metrolinx, the Greater Toronto and Hamilton Area’s transportation planning agency, Buliung found a decline among youth in the use of physically active modes of transportation to commute to school over a 25-year period.

Buliung,who has worked with Metrolinx on transportation research for a decade, looked at regional school transportation data from 1986 to 2011 and found that fewer students were walking or cycling to school. The agency's goal is to have 60 per cent of students engage in some form of active commuting to and from school by 2031.

“We’re interested in creating a more active commuter workforce,” Buliung says, “and if we’re looking at a long-term cultural change, it’s important to look at children and young adults, because they are the adult commuters of the future.”

But the researchers found students in the 11 to 13 age group are still more likely to walk or cycle than their 14- to 17-year-old counterparts. (Transportation data are not recorded for children under the age of 11).

Buliung’s research also found that students ages 11 to 17 are more likely to be driven to school in the morning than the afternoon and that boys are more likely to use active modes of transportation than girls. These findings are consistent with societal trends toward two parents working – making them unavailable for afternoon car transport – and with personal safety concerns among girls.

In an interview with Radio Canada International, Buliung said “the walk to school provides an opportunity to acquire and practice geographic skills like spatial awareness, orientation, way-finding” as well as an opportunity to play with friends.

Parents tend to cite convenience and safety among the factors encouraging them to drive their kids, Buliung said. He added that while children may cite concerns about bullying by other kids, parents talk more about “stranger danger” and worries about traffic safety.

“Paradoxically, if you're driving your child to school you're making someone else's child a little less safe,” Buliung told Radio Canada.

Listen to the interview with Radio Canada

Given the prevalence of childhood obesity in North America, and the impact of traffic congestion and air pollution on everyone's health,  Buliung says he was “disappointed” by the data but points out much effort has been made since the turn of this century to increase active transportation.

“In the last five years, we’ve really been gaining ground,” he says. “School boards in Hamilton-Wentworth and Toronto, for example, have created active and safe school travel charters, and Peel Public Health is very interested in active transportation for school and otherwise.”

Read a Toronto Star article about the study

In an interview with the Globe and Mail, Buliung said walking or cycling may also result in a student having  “an improved ability to concentrate” and there are benefits for parents who walk with their kids as well.

“One of the things that households can actually miss out on is that contact time, just hanging out on that walk to school and having a conversation about what’s happening in your child’s life,” Buliung told the Globe. “You learn things.”

Read the Globe and Mail article

“We want to get this research out into the public arena so we can reach the widest possible audience, have a discussion about the increasingly dominant role of the auto in the lives of our children and see what we can do to get them moving again,” Buliung says.