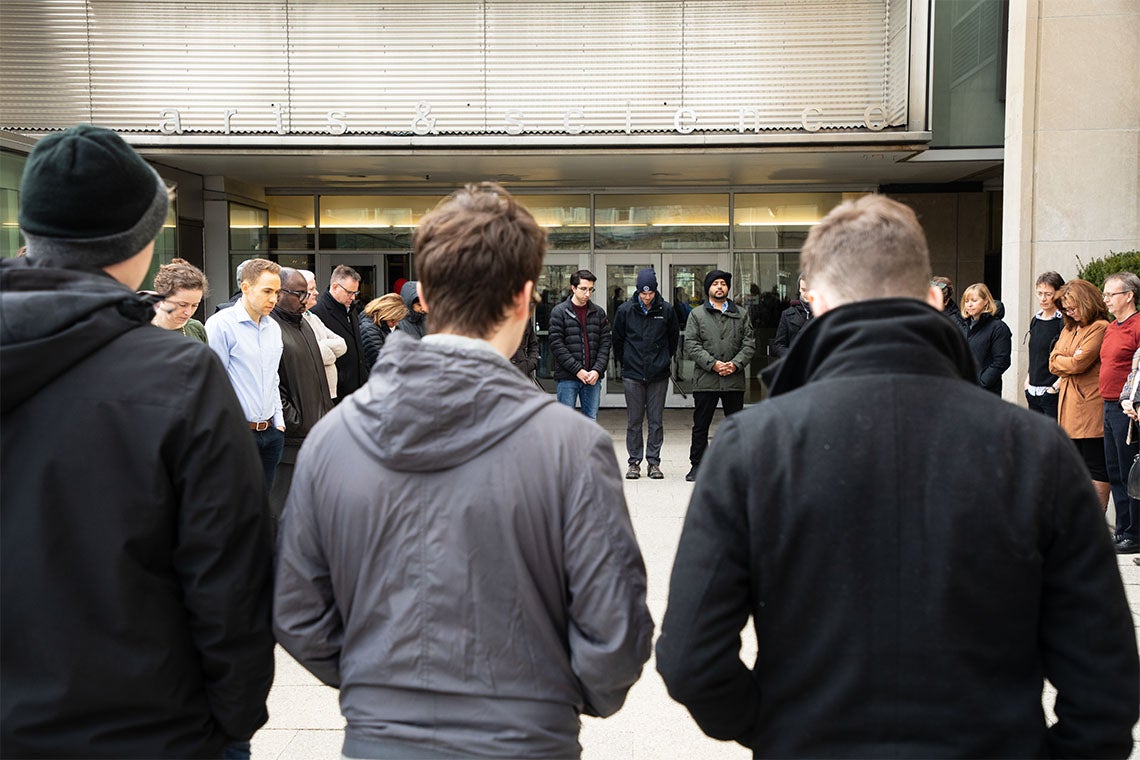 U of T students observed a nationwide moment of silence at Canadian universities Wednesday in honour of the estimated 46 students, faculty and researchers killed aboard Ukrainian International Airlines Flight 752 last week (photo by Johnny Guatto)

The University of Toronto and other universities across Canada observed a moment of silence on Wednesday in honour of Ukrainian International Airlines Flight 752 victims – many of whom belonged to the country’s higher education community.

An estimated 46 students, faculty and researchers from at least 19 Canadian universities were aboard the flight, which was headed for Kyiv when it was shot down by the Iranian military minutes after takeoff. 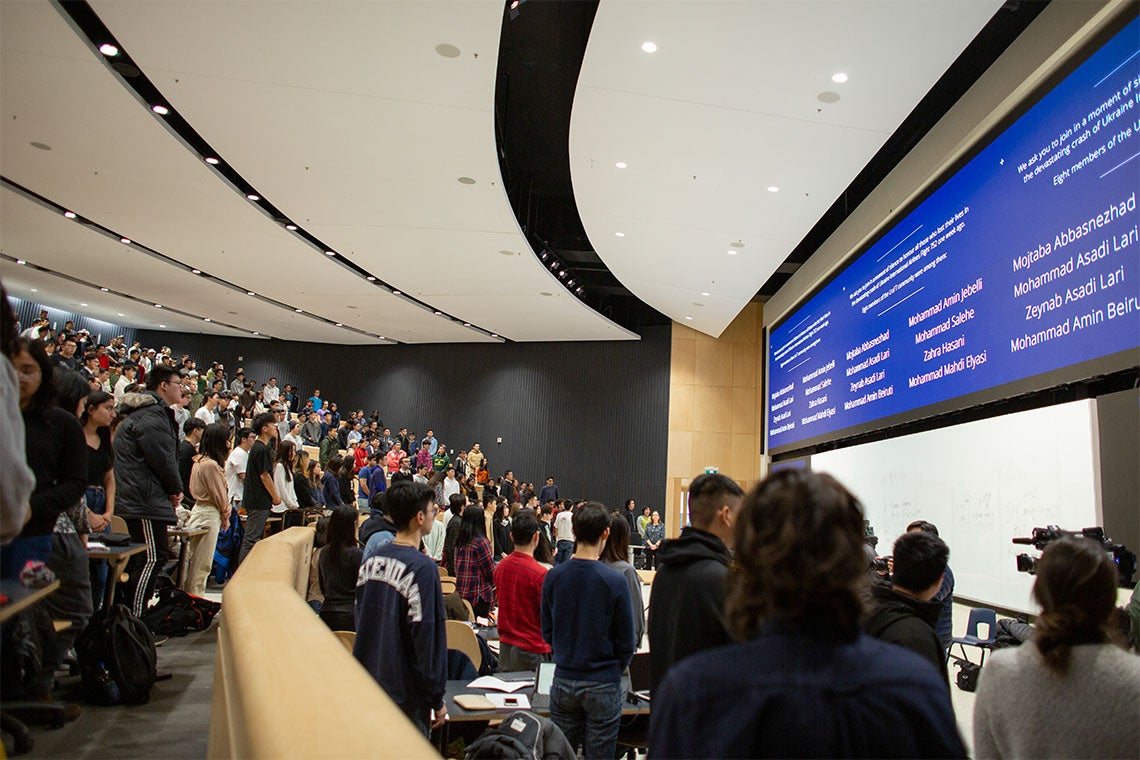 Paul Davidson, president of Universities Canada, which co-ordinated the moment of silence at 1 p.m. (EST), said the gesture “provide[s] those within and outside the community a galvanizing national moment to recognize the unprecedented and far-reaching effects of this tragedy on universities.”

U of T is mourning the loss of eight members of its community, including six students: 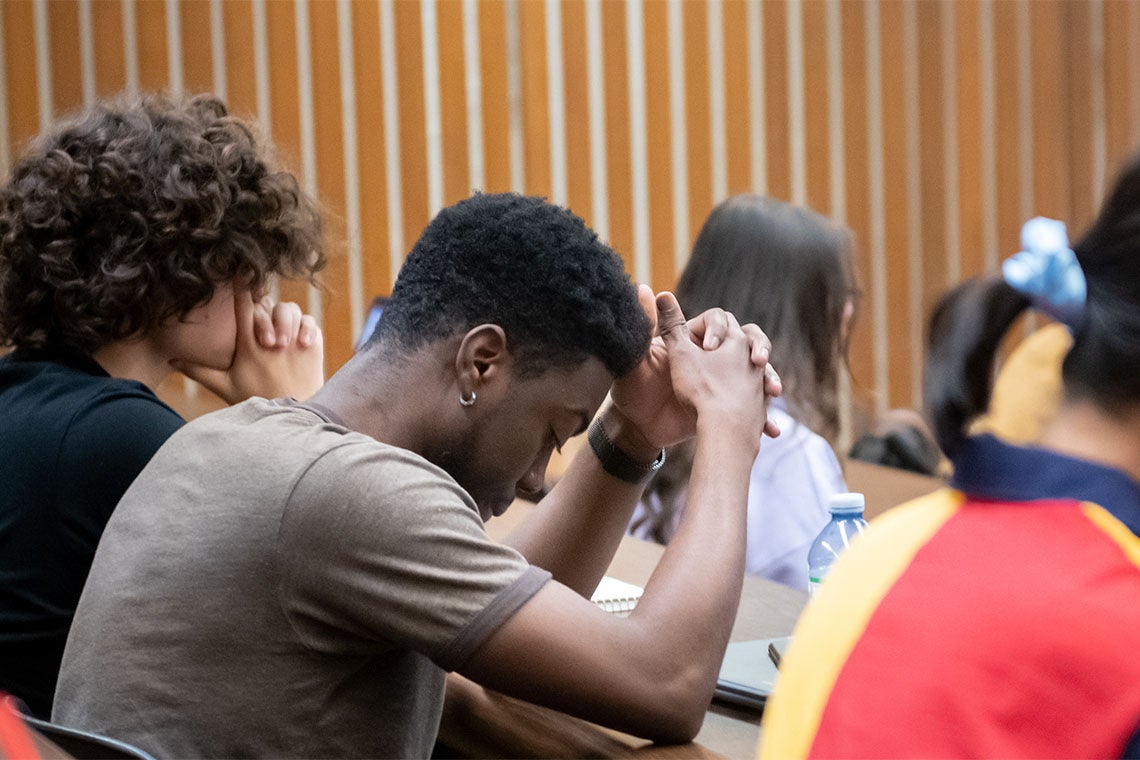 Students at U of T Scarborough observed the 1 p.m. moment of silence in classrooms and elsewhere on campus (photo by Dylan Toombs)

In the days since the tragedy, U of T has lowered its flags to half-mast and held vigils across its three campuses where people have come together in remembrance and mourning.

Nearly 4,000 people, including Deputy Prime Minister Chrystia Freeland, Ontario Premier Doug Ford and Toronto Mayor John Tory, participated in a memorial event at U of T on Jan. 12 that was organized by Tirgan, the Iranian-Canadian cultural organization. Vigils at U of T Scarborough and the Multi-Faith Centre on the St. George campus took place last week. 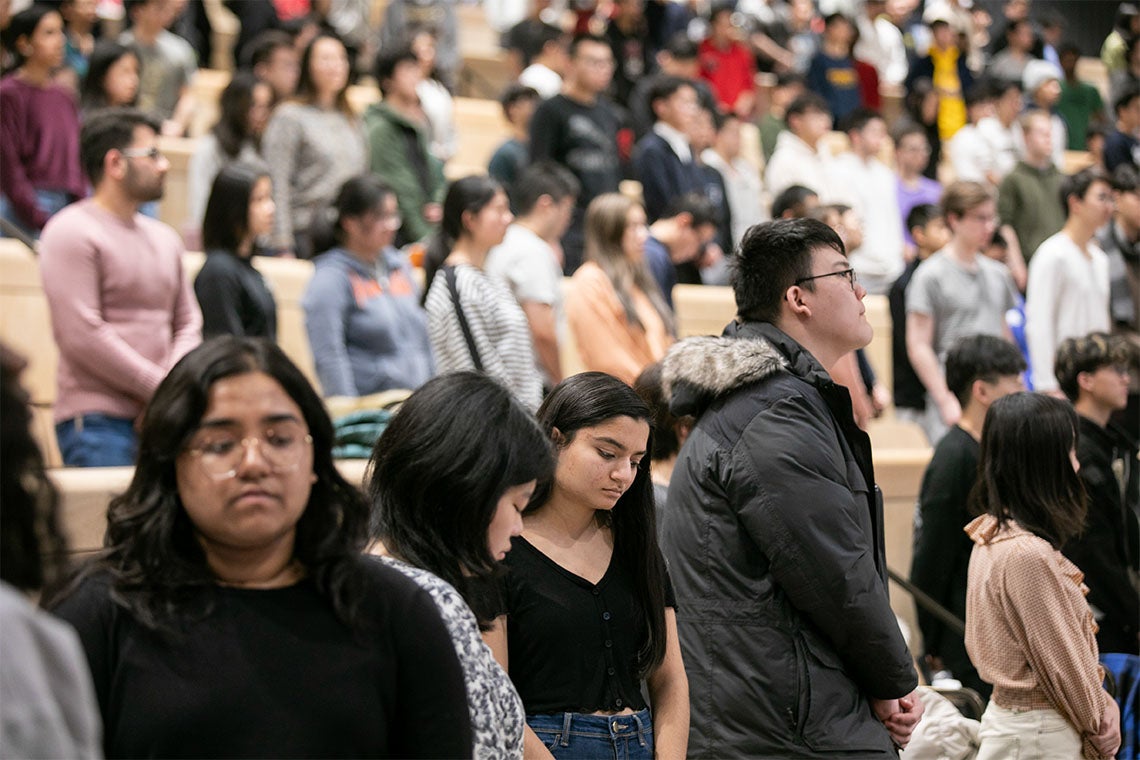 U of T Mississauga, where Zeynab Asad Lari was pursuing a bachelor’s degree in science, will host a vigil tomorrow at 5 p.m. in the Maanjiwe nendamowinan building.

On Wednesday, the university announced a new endowed fund, the Iranian Student Memorial Scholarship Fund, in honour of those who died in the crash.