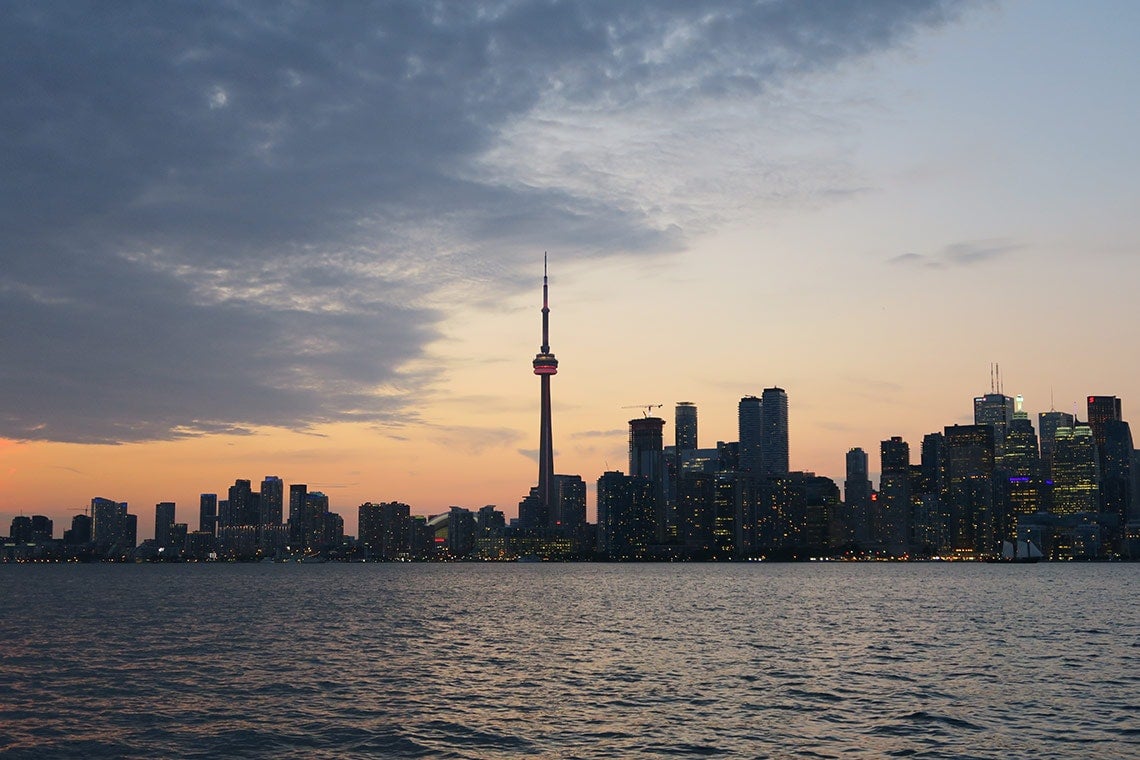 Toronto is nearing the “tipping point” in its quest to become a leading hub for health innovation – a development that promises to help modernize an aging Canadian health-care system while giving the broader economy a shot in the arm.

Zayna Khayat, an expert in health-care innovation and adjunct professor at the University of Toronto’s Rotman School of Management, says the only thing stopping the city from being mentioned alongside places like Boston, New York and San Francisco is a “critical mass” of startups and deep-pocketed investors.

“We have it in R&D but we don’t yet have it when it comes to capital and serial entrepreneurs – but we’re really close,” says Khayat, who is also a future strategist at home-care provider Saint Elizabeth Health Care, a faculty member at the Silicon Valley-based think tank Singularity University, and was formerly the senior adviser for health system innovation at MaRS.

Khayat will be moderating a panel discussion April 12 at U of T’s The Future of Health Innovation conference, part of Toronto Health Innovation Week. The event, held at the MaRS Discovery District, brings together a number of U of T experts, entrepreneurs and industry leaders to talk about health technologies, including wearables and robotics, and efforts to advance cell-based therapies and tissue-based technologies. Khayat says the “high science” health research being done at U of T in fields like regenerative medicine, which attempts to use stem cells to repair the body, are high-risk, high-reward endeavours that, if properly capitalized upon, could have a transformational impact on the Canadian economy.

“Imagine if insulin was discovered now,” she says, referring to the pioneering work of U of T’s Frederick Banting and Charles Best in the 1920s.

“Canada’s whole economy would be insulin-based.”

But moonshots aren’t the only innovations poised to have a major impact. So too are a host of new digital and other technologies that help deliver care outside of hospitals and – ideally – prevent people from ever becoming sick in the first place.

“The future of health care is anything but doctors and hospitals," Khayat says. “They should be a last resort and, frankly, a failure of the health-care system.”

U of T is now home to dozens of startups racing to develop innovative new approaches – several of which will be represented at next week's conference or as part of an accompanying startup showcase. They include: Dina Nikitina from Trexo Robotics, which is developing a robotic exoskeleton for children; Stefan Larson of Northern Biologics, a U of T spinoff focused on antibody-based therapeutics; Pooja Viswanathan from Braze Mobility, which makes after-market sensors for wheelchairs; Mark Cicero from 16 Bit, which is applying artificial intelligence to the radiological space; and Soror Sharifpoor from Polumiros, which is developing a polymer that can be used to do cosmetic repairs during breast cancer surgery. Khayat says Toronto has done a good job in building out the necessary infrastructure to support health-care startups in recent years. U of T, for one, now has several accelerators that work with entrepreneurs in the health-care space, including UTEST, the Health Innovation Hub, Impact Centre and the Creative Destruction Lab. Many later go on to seek the support of MaRS or JLABS @ Toronto, the first non-U.S. location of health giant Johnson & Johnson’s life sciences incubator.

However, Khayat says more still needs to be done when it comes to getting the province’s health institutions to adopt innovative solutions being developed by homegrown companies.

“It’s really hard to go scale a company globally if your own backyard isn’t buying your stuff,” she says.

That, in turn, requires big changes to everything from how health equipment and technologies are procured in Ontario to the way reimbursement system works.

Fortunately, Khayat says, Ontario seems prepared to take on the challenge. She cites the appointment of William Charnetski, who will also be at next week’s conference, as the province’s chief health innovation strategist in 2015 as a key step in the right direction.

“The merging of economic policy with health policy – we just started doing that a few years ago and, frankly, I think that’s really powerful," she says.

“Now we can take out some of the systemic barriers preventing us from using a $60-billion health system as an economic driver.”