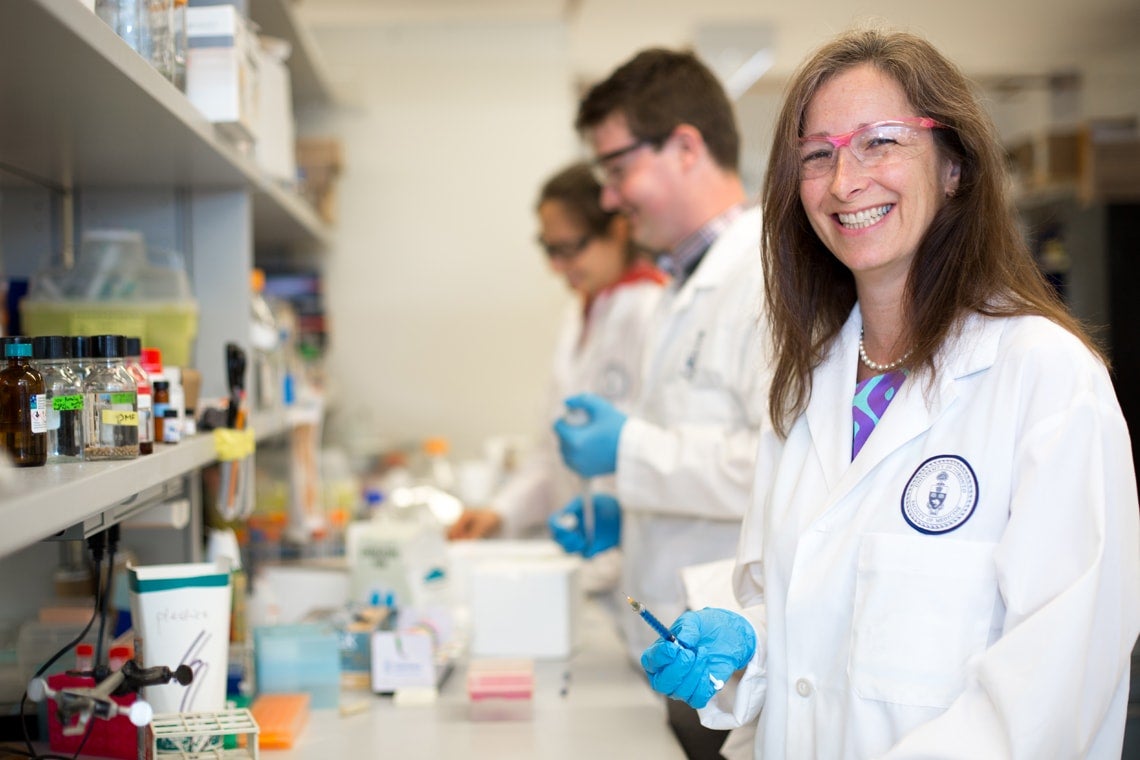 University Professor Molly Shoichet, a world-leading researcher in tissue engineering and regenerative medicine, has been appointed the first Chief Scientist of Ontario (photo by Roberta Baker)

Her responsibilities will include working with research hospitals, universities and research institutes to champion high quality science in government and education, help the government make decisions on science-based policy issues and advise the government on how to support future research and innovation projects.

She will also lay the groundwork for the next generation of research and innovation jobs in Ontario by helping to develop the province's science strategy.

Shoichet is a professor in the Faculty of Applied Science & Engineering's department of chemical engineering & applied chemistry and the Institute for Biomaterials & Biomedical Engineering (IBBME). She holds the Canada Research Chair in Tissue Engineering and is a leading researcher in stem cell transplantation and regenerative medicine. Her lab is known for its use of materials called hydrogels that surround and protect stem cells when they are injected in the body. These hydrogels help stem cells survive and integrate into tissues, including nervous tissue damaged by stroke, macular degeneration or other diseases.

Shoichet has published more than 500 papers, patents and abstracts, and given more than 350 lectures worldwide in regenerative medicine, tissue engineering and drug delivery. She has won numerous awards and scholarships, including the 2017 Killam Prize in Engineering, the 2015 L’Oréal-UNESCO For Women in Science Award for North America and the 2013 Queen Elizabeth II Diamond Jubilee Medal. She is the only person to be a fellow of Canada’s three national academies – the Canadian Academy of Sciences of the Royal Society of Canada, Canadian Academy of Engineering, and Canadian Academy of Health Sciences. She is a foreign member of the U.S. National Academy of Engineering and a fellow of the American Association for the Advancement of Science.

“She is one of the top biomedical scientists in the country, with in-depth knowledge of Ontario’s research community,” said Ontario’s Minister of Research, Innovation and Science Reza Moridi. “As Chief Scientist, she will help us continue a proud tradition of science and research excellence through evidence-based decision making and will open the world to the incredible innovative talent and technologies Ontario has to offer.”

Since 2014, Shoichet has served as U of T President Meric Gertler’s senior adviser on science and engineering engagement. She is also the co-founder of Research 2 Reality, which uses digital media to communicate cutting-edge research in Canada and spark national awareness. In 2015, she received the Fleming Medal and Citation from the Royal Canadian Institute in recognition of her outstanding contributions to science communication.

“Professor Shoichet is internationally renowned for her pioneering research and for her leadership in engaging citizens in engineering, science and innovation,” said Cristina Amon, dean of U of T's Faculty of Applied Science & Engineering and a provostial adviser on women in Science, Technology, Engineering and Math (STEM). “On behalf of the Faculty of Applied Science & Engineering, I congratulate her on a richly deserved appointment.”

Shoichet is a longstanding supporter of engineering's pioneering outreach programs. In 2015, she was the keynote speaker at the Young Women in Engineering Symposium (YWIES), which helps high-school students understand the positive difference they can make as engineers. Each year, U of T engineering engages more than 10,000 pre-university students through programs such as DEEP Summer Academy, ENGage and Go North.