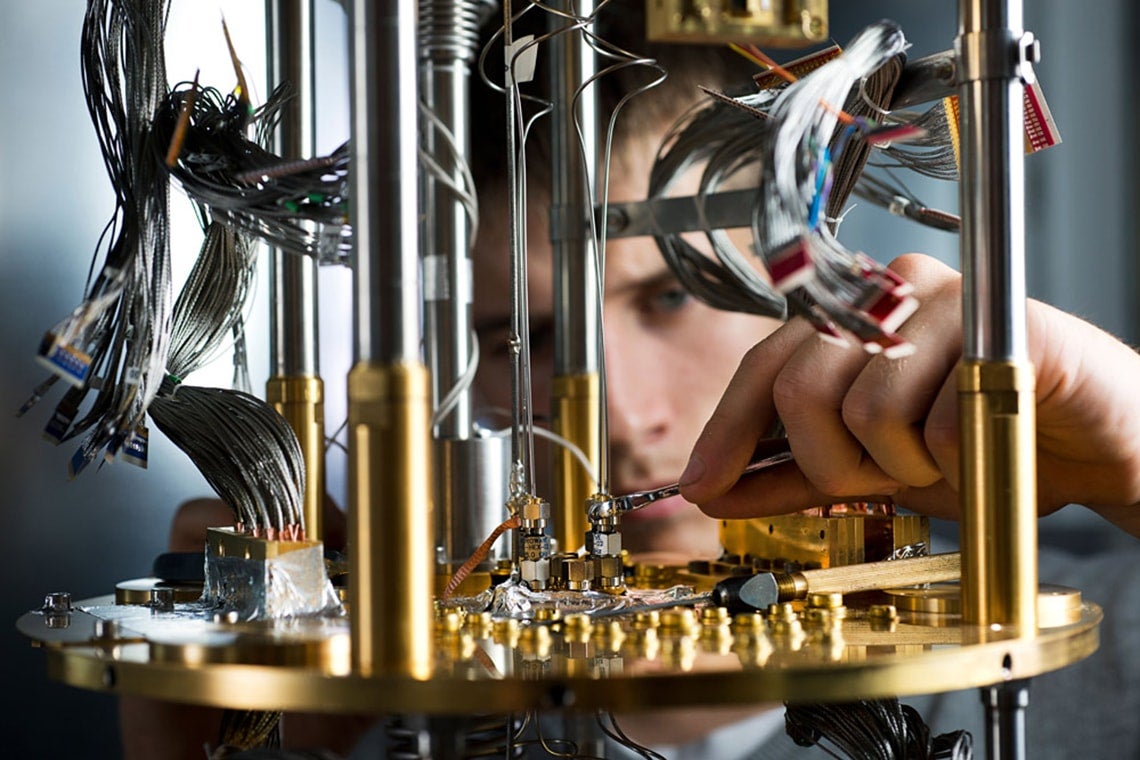 The roughly 25 startups lucky enough to be accepted to a new quantum machine learning stream at a University of Toronto seed-stage accelerator program are about to become part of a very exclusive club.

The Creative Destruction Lab (CDL) at U of T’s Rotman School of Management said Thursday that it will provide the startups with access to the world’s only commercially available quantum computers, built by Vancouver’s D-Wave Systems, beginning in September.

To date, only a handful of U.S.-based organizations have had the tens of millions to invest in D-Wave’s bleeding edge technology. They include Google, Lockheed Martin and Los Alamos National Laboratory.

“We’re removing the barriers to entry to what’s available in terms of quantum computing – and that will hopefully spawn new, interesting applications from early-stage startups,” said Daniel Mulet, an associate director at the CDL accelerator in Toronto, which focuses on scaling science-based startups with artificial intelligence, or AI, technologies.

It’s yet another example of how U of T has emerged as a hotbed of computer science research that's spawning a host of futuristic, AI-equipped companies, ranging from legal research firm ROSS Intelligence to medical startup Deep Genomics. In just the past few months, the university also helped launch the Vector Institute for Artificial Intelligence and saw star AI researcher Raquel Urtasun form a partnership with ride-sharing giant Uber, which plans to set up a driverless car lab in Toronto.

Making D-Wave's quantum machines available to CDL startups follows in the footsteps of other U of T efforts to ensure researchers have access to the latest and most powerful computing tools. The university is one of several members of the Southern Ontario Smart Computing Innovation Platform (SOSCIP), which offers researchers access to several powerful computing platforms, including IBM's Watson.

Mulet said CDL, which recently announced a bold cross-Canada expansion, is now hoping to lay the groundwork for the next phase of AI development by combining machine learning – computers capable of learning without explict human instructions – with the nascent, but potentially game-changing field of quantum computing.

“Canada, with companies like D-Wave, and groups like IQC and Perimeter, has all the elements to seed a quantum computing and quantum machine learning software industry," he said, referring to the University of Waterloo's Institute for Quantum Computing and the Perimeter Institute for Theoretical Physics. "We would like it to happen here before it happens somewhere else in the world."

For those unfamiliar with quantum computers, D-Wave’s machine will sound like something straight out of a science fiction movie. It’s a giant black box, about the size of a garden shed, that surrounds a core cooled 180 times below the temperature of deep space. The heavily shielded, otherworldly interior is necessary to allow the quantum bits, or qubits, to exhibit their quantum properties.

So what, exactly, is a quantum computer and what does it have to do with machine learning?

The idea is to harness the mind-bending properties of quantum mechanics to achieve an exponential increase in computational power. That includes the quantum principle of superposition, which allows quantum particles to exist in more than one state simultaneously. One oft-used explanation (and the one cited by Prime Minister Justin Trudeau last year): classical computer bits are binary, with a value of either one or zero – on or off – whereas a quantum qubit can be both one and zero – on and off – at the same time.

D-Wave co-founder Eric Ladizinsky offered a more visual explanation during a 2014 conference in London. Imagine, he said, trying to find an X scribbled inside one of the 50 million books in the U.S. Library of Congress. A traditional computer functions like a person trying to systimatically open each book and flip through its pages, he continued, "but what if, somehow, I could put you in this magical state of quantum superposition, so you were in 50 million parallel realities and in each one you could try opening a different book?"

“We are making a bet that in the next five years quantum speedup useful for machine learning will be achieved,” Mulet said. “When you apply that to creating intelligent systems, those systems become that much more powerful.”

Vern Brownell, the CEO of D-Wave, said the partnership with CDL, and the prospect of building an ecosystem of quantum AI and machine learning startups, spoke directly to the company's vision of "bringing quantum computing out of the research lab and into the real world."

While CDL won’t have one of D-Wave’s $15 million 2000Q computers on location at U of T, Mulet says the up to 40 individuals accepted to the program – the application deadline is July 24 – will have access to its computational power through the cloud. The startups will also receive training from the same teams that D-Wave dispatches to its large corporate customers, and will participate in an intensive “bootcamp” led by Peter Wittek, a Barcelona-based research scientist who wrote the first textbook on quantum machine learning.

CDL said three Silicon Valley-based venture capital firms – Bloomberg Beta, Data Collective and Spectrum 28 – will offer to invest pre-seed capital in every company admitted to, or formed in, the program, so long as they meet certain basic criteria.

Mulet added the arrangement with D-Wave, whose founder Geordie Rose is a CDL Fellow, was three years in the making.

It should be noted, however, that D-Wave’s vision of quantum computing isn’t shared by everyone in the field. The company focuses on a particular type of quantum function known as quantum annealing, which can only be used to solve certain types of optimization problems – and even then D-Wave's machines don't always outperform traditional computers. By contrast, other researchers, including those at IBM, are striving to build a univerisal quantum machine that could handle various types of complex calculations that would take classical computers months or even years to solve.

In the meantime, a growing number of researchers are experimenting with D-Wave's machines. One example: Scientists at Volkswagen recently used a similar cloud-based version of D-Wave’s machine to figure out the fastest way to send 10,000 Beijing taxi cabs to the nearest airport without creating a traffic jam. Other problems that D-Wave claims can be tackled with its system include optimizing cancer radio therapy, developing new drug types and designing more efficient water networks.

D-Wave has also courted controversy in the past because it wasn’t always clear to researchers whether its machines truly demonstrated quantum properties.

Mulet, however, says the academic debate surrounding  D-Wave’s approach is less interesting to CDL than what its startups do with it. “We’re proponents of building impactful companies,” he said, adding that CDL plans to incorporate other types of quantum computers when they become commercially available. “So it doesn’t really matter where your science and technology comes from as long as it creates value for customers."