Scaling up: U of T accelerator to undertake massive Canadian expansion 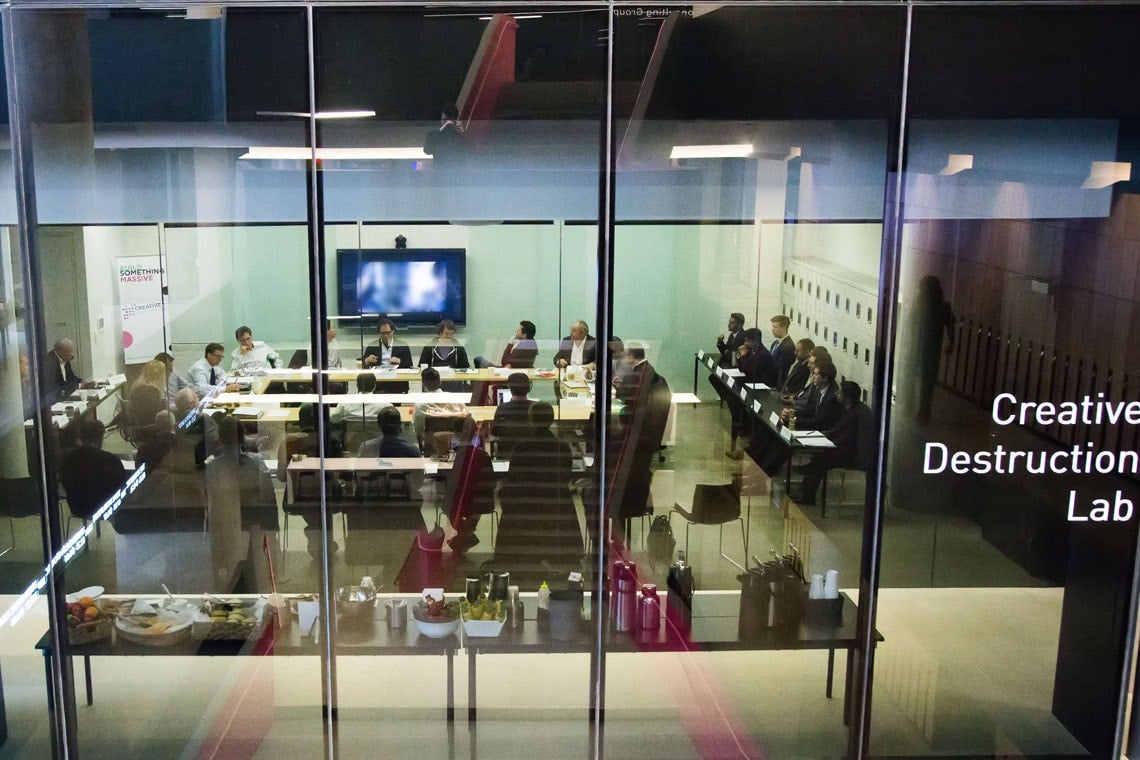 But, on Thursday, it was the accelerator itself that was preparing for massive growth.

The CDL program, part of U of T’s Rotman School of Management, announced an ambitious cross-country expansion that will see new CDL programs operated by business schools in Calgary, Montreal and Halifax – each with their own unique area of focus.

That’s in addition to the CDL-West branch that was launched last year at the University of British Columbia's Sauder School of Business.

“The goal is to generate $100 billion of equity value over 10 years, with half coming from companies based in Canada,” said Ajay Agrawal, a professor of strategic management at Rotman and founder of the CDL accelerator program.

Agrawal said the expansion, in the works for six months, was spawned after business school representatives from across the country expressed interest in adopting both the model and the CDL brand.

The expanding network promises to create new opportunities for everyone involved, according to Agrawal.

“We have an artificial intelligence focus in Toronto,” said Agrawal, referring to U of T's pioneering research in the deep learning field and recent efforts to leverage it through public-private partnerships like the recently launched Vector Institute. Examples of AI-related startups that call CDL in Toronto home include: Deep Genomics, which uses machine learning to develop genetic medicines; Blue J Legal, which uses AI to predict the outcome of tax law cases; and WinterLight Labs, which uses AI and machine learning to analyze speech patterns to determine a patient’s neurological health.

“But if we have an AI company in Toronto that’s focused on some kind of ocean application and there’s ocean expertise in Atlantic Canada or Vancouver, now we can connect the dots with investors and scientists in those regions.”

Jim Dewald, the dean of U of C's Haskayne business school, said in a statement that he expects CDL Rockies to do for oil and gas innovation what CDL in Toronto did for commercializing AI advances.

“They created a cluster that attracts entrepreneurs, investors and corporations from around the globe to Toronto,” Dewald said.

CDL’s approach is unique among accelerators, including the nine others at U of T. At its core is an objectives-based mentoring process that challenges startups to meet certain goals – all focused on maximizing the value of the companies in the eyes of shareholders – or risk being voted out of the program. Entrepreneurs also receive guidance and mentoring by top entrepreneurs and investors.

Over the past four years, participants in the U of T-based program created more than $1 billion in equity value.

Rotman’s decision to expand its CDL program to other university campuses is unusual because business schools have historically competed for students. But Agrawal said that as a global top-20 business school, Rotman realized that its competitors were no longer UBC, University of Calgary or Dalhousie – but Harvard, Wharton and MIT.

The same goes for efforts at Rotman – and U of T more generally – to improve Canada’s overall competitiveness by creating companies of the future.

“From a national economic growth perspective, in the tech sector we only have one competitor: Silicon Valley,” Agrawal said. “None of us can compete with the Bay Area on our own. So this gives us a much better chance of success.”