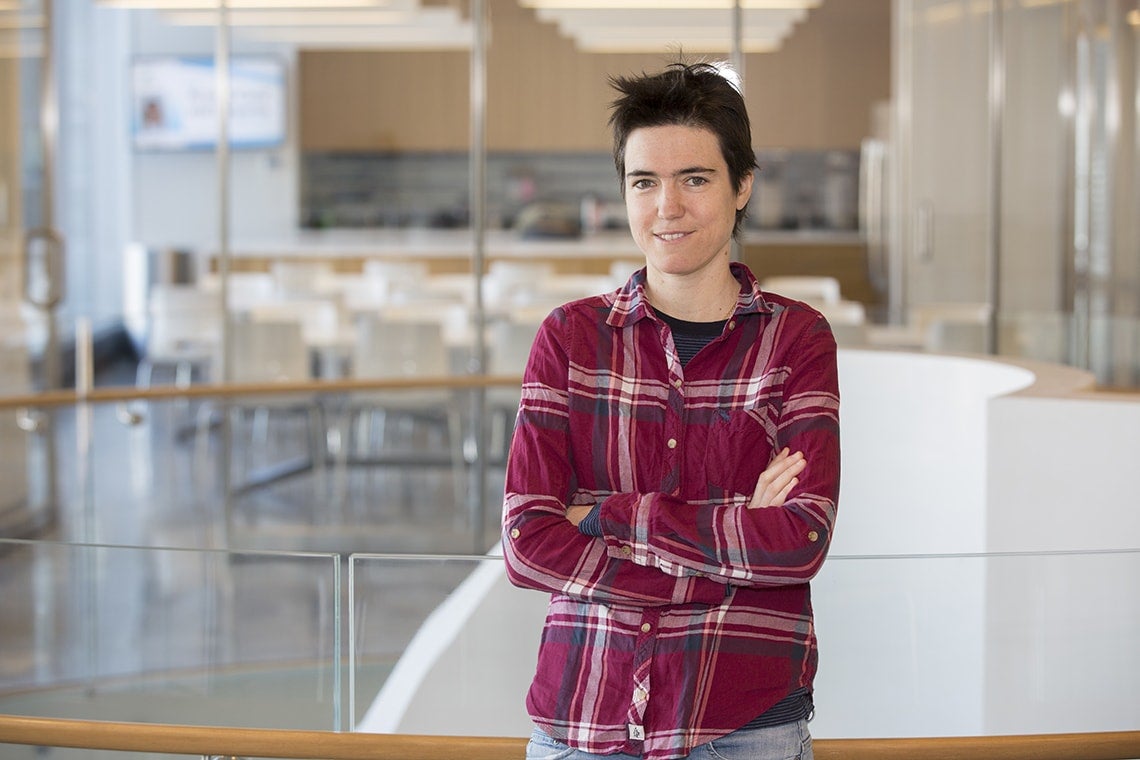 After years of conducting world-leading research on self-driving vehicles, U of T Associate Professor Raquel Urtasun is joining Uber – and bringing the American company’s first international research lab to Toronto.

“Raquel will remain in Toronto to lead a new branch of our Advanced Technologies Group – our first outside the U.S.,” he continued, adding the company hopes “to draw from the region’s impressive talent pool as we grow.”

Kalanick added that Urtasun and her team “will further strengthen our self-driving engineering efforts in San Francisco and Pittsburgh. And, their work will complement the research underway at Uber AI Labs, led by Zoubin Ghahramani – a proud University of Toronto alum himself.”

Urtasun, who is part of the machine learning group in U of T’s computer science department, will continue to teach part time at the university.

“The University of Toronto has long been considered a global leader in artificial intelligence research,” said U of T President Meric Gertler. “That’s why we’re so pleased to see Professor Raquel Urtasun, one of the world’s leading researchers in the field of machine perception, take on this incredibly exciting role.

“We are equally pleased that she will remain a professor at the university, continuing to promote Toronto as the primary destination in the world for the best researchers in this fast-growing and critical field,” he said.

Urtasun is also one of the co-founders of the newly formed Vector Institute, along with several U of T colleagues.

Read more about the Vector Institute

“With support from the Ontario and federal governments, Toronto has emerged as an important hub of artificial intelligence research, which is critical to the future of transportation,” Kalanick said in his blog posting. Uber is also a supporter of Vector with a “significant multi-year financial commitment.”

“Basically what I do is develop perception algorithms for self-driving cars,” she told U of T News shortly before the Vector Institute was announced. “What this means is that you can think of the car seeing the scene via the sensors whether it’s a lidar [spinning laser on top of the vehicle] or cameras, and we basically develop the brain of the car where it has to transform what it sees into an explanation of what it is seeing.”

Urtasun hopes her work is making these vehicles not only safer but cheaper to design and produce.

Using the technology she and her students at U of T have developed will enable their self-driving vehicles to take a shortcut using cameras.

With their system, a vehicle will “perceive what is in the scene just by seeing the scene,” she said.