U of T startup helps hospitals capitalize on their data, prepare for an AI future 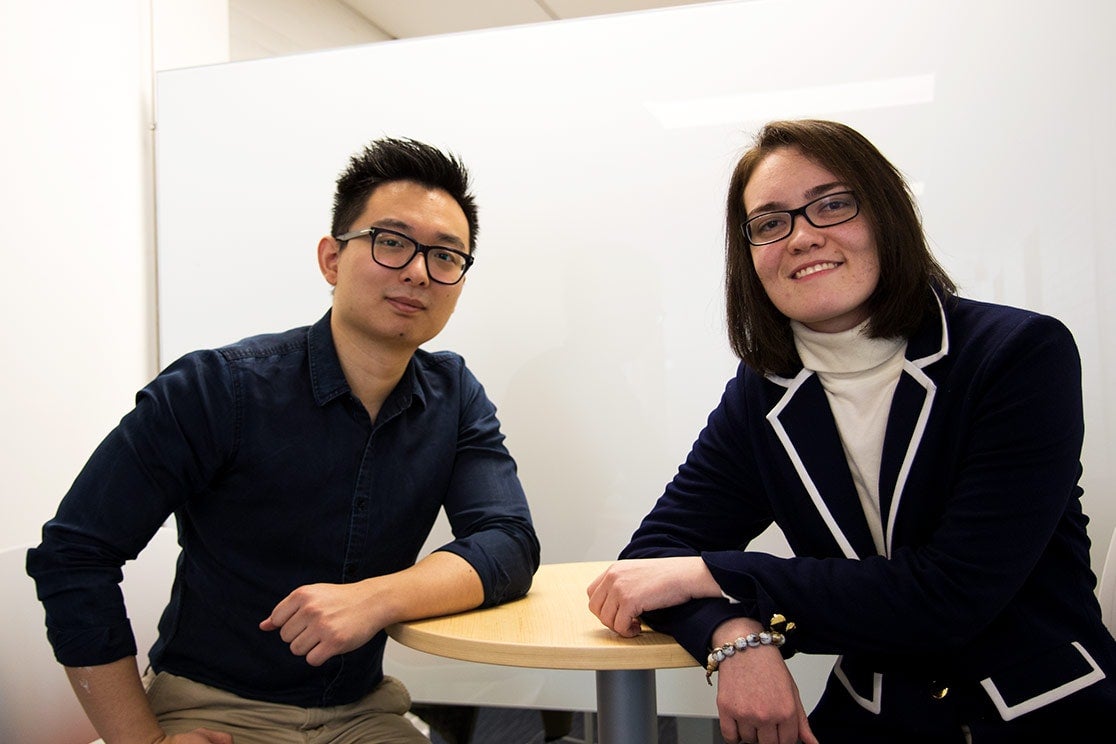 Carolina Gomes was in Edmonton completing a master’s in computer science when her grandfather back home in Sao Paulo was diagnosed with cancer – an illness that quickly laid bare the shortcomings of Brazil's health-care system.

“There was a delay in treatment because we couldn't get access,” says Gomes, adding the holdup likely impaired his chances of beating the disease.

Gomes emerged from the ordeal a changed person. Suddenly landing a lucrative software engineering job at a big company no longer seemed sufficient – she wanted to make a difference. So she headed back to Canada to do a PhD at the University of Toronto, eyeing the university's expansive network of startup incubators and accelerators.

“I’m a programmer,” Gomes says. “That’s what I like doing. But I thought: How can I use my skills to make a contribution?”

The answer, it turns out, was launching a startup to tackle a key health-care problem: an ocean of hospital data not being used to its full potential because it's walled off in individual databases that can’t talk to each other. It's a widespread issue that Gomes says could also prevent institutions from employing powerful new health-care tools based on artificial intelligence, or AI.

While a handful of large hospitals have the option of merging data into a central “warehouse” that can be more easily queried, Gomes says many mid-sized ones are stuck with “data silos” for budgetary reasons.

“You end up having to hire programmers to do all the scripting to grab data from those different sources regularly – typically nightly,” she says. “Even before that, they have to think about how they’re going to integrate a new data source into a model that already exists.

“It adds a lot of complications.”

Gomes’s solution, by contrast, is elegant, if somewhat complex itself – at least under the hood. Her startup, co-founded with U of T computer science alumnus Daniel Zhang, is called Chopin and it virtually weaves together data from different silos using a knowledge web, described as a “network of concepts and relationships about a given domain of knowledge.”

But all that complexity is carefully hidden by a user-friendly interface. Physicians, researchers and administrative staff can simply query Chopin’s knowledge web and its underlying data using natural language. What number of patients in the ER are over the age of 65? Which patients did I provide care to last week? What is the average treatment time for my cancer patients?

Zhang, who specializes in designing user interfaces and has worked for other startups, says the “self-service” aspect of Chopin makes it unique.

Gomes hatched the idea for a data virtualization company while taking a business of software course taught by Mario Grech, a co-director of U of T’s Department of Computer Science Innovation Lab, or DCSIL. She and Zhang worked on the project as part of the class and decided to continue building the company after realizing they made a great team. They named their creation Chopin, after the famous composer, because they wanted to imbue the technology with a touch of humanity, and because they envisioned the software quietly “orchestrating” data behind the scenes.

With the support of DCSIL, Chopin has already signed up two partner hospitals – one of which jumped aboard when Chopin was little more than a glint in the eye of its co-founders – and is currently in talks with several other institutions, according to Gomes.

Ultimately, Gomes says she sees a big opportunity for companies like Chopin as more hospitals step into the realm of AI, which is poised to assist doctors in everything from interpreting radiology scans to devising treatment programs. Already, several U of T startups are applying machine learning technology to the health-care realm. Examples include WinterLight Labs, which uses machine learning and speech analysis to detect cognitive decline in patients, and Deep Genomics, which uses machine learning to search for cures to genetic diseases.

In the private sector, meanwhile, at least one industry-funded study suggested businesses in the United States and United Kingdom are losing US$140 billion annually due to disconnected data.

On a more personal level, Gomes says building Chopin has allowed her to turn the painful experience of losing her grandfather into something more positive.

“Being a software engineer can be pretty comfortable,” says Gomes, noting she is only the second person in her family to attend university. “It’s far less comfortable to move cities, go through the PhD and find investors and co-founder.

“But now I have a chance to make a bigger impact.”