'Here we are, now it's our turn': U of T's groundbreaking women’s studies program launched 50 years ago 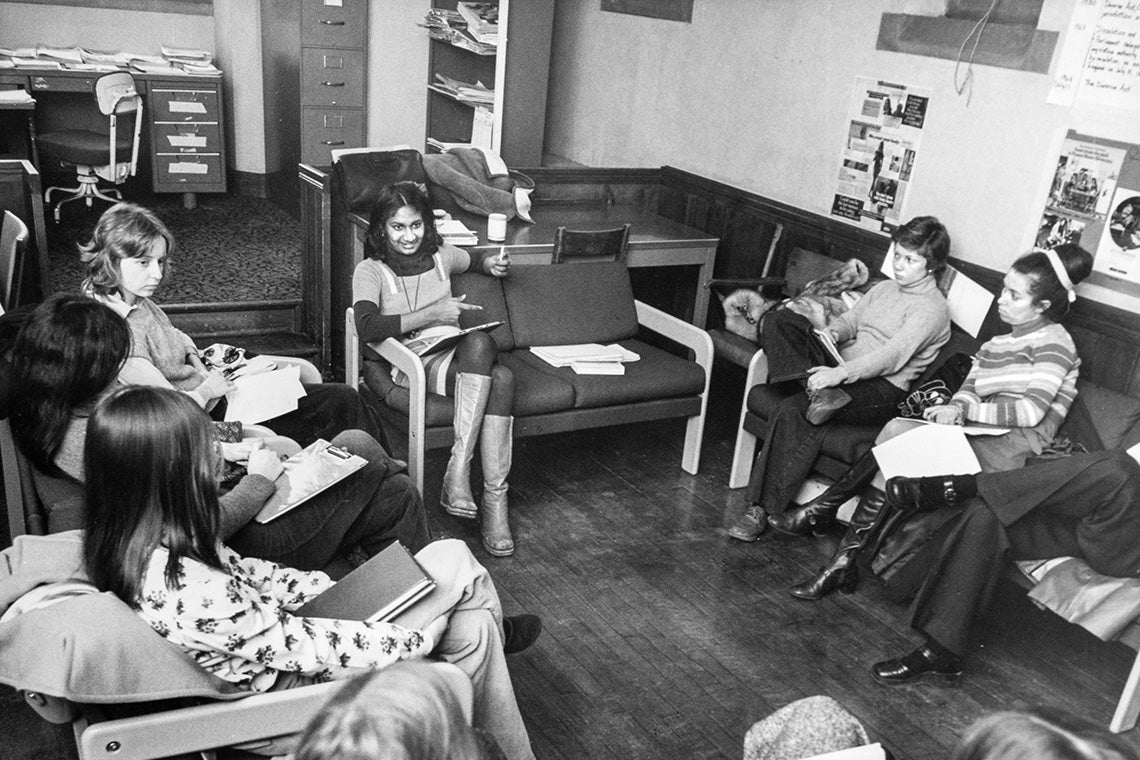 The story behind one the oldest women’s studies programs in Canada begins with the tale of two courses launched 50 years ago in the face of daunting odds and withering skepticism.

Women’s studies became part of the University of Toronto’s curriculum in 1971 when Natalie Zemon Davis and Jill Ker Conway began co-teaching “History of Women,” while undergrad Ceta Ramkhalawansingh played an instrumental role in a collective that started “Women in the Twentieth Century,” one of the first interdisciplinary courses.

“It's a story about years of caring, collective labour in the face of – and despite – obstacles to move from these courses into a fully fledged undergraduate program in 1974,” says Professor Alissa Trotz, director of the Women & Gender Studies Institute.

“That’s why our 50th anniversary in a sense begins in 2021, with the first courses, and then culminates in 2024. It has been a process from which we can learn so much – a process that is still unfolding in exciting new directions.”

The popularity of those early courses largely silenced skeptics and demonstrated a groundswell of demand.

“A few male faculty and colleagues had their doubts there was enough material to support a course, and whether this could be a significant intellectual contribution to the field. But we didn't care what they thought,” says Davis, professor emerita in U of T’s department of history.

"The women just felt: Here we are, now it's our turn." 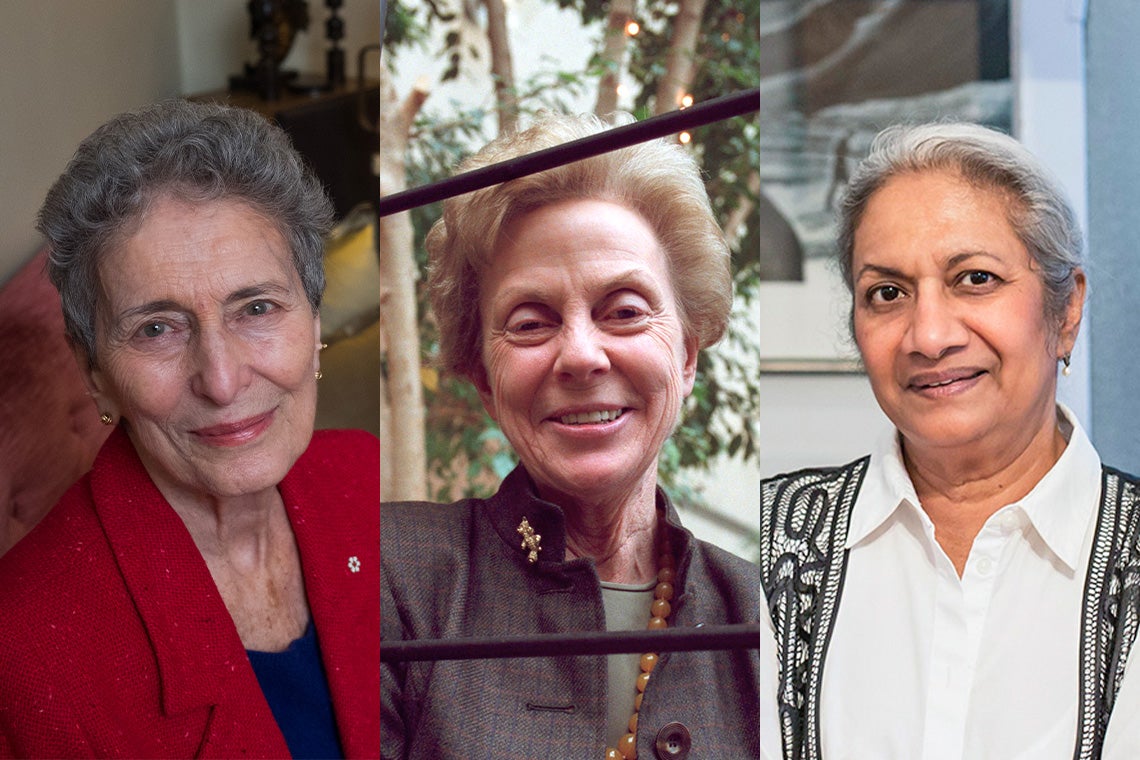 Yet, in tandem, they helped achieve the same goal.

“The women’s studies program would not have happened without the advocacy around the interdisciplinary course, and the fact we demonstrated such great public interest,” says Ramkhalawansingh, who earned her bachelor of arts degree in economics and political science as a member of New College in 1972, diplomas in 1974 and 1976 from what is now the Dr. Eric Jackman Institute of Child Study and received a master’s degree from the Ontario Institute for Studies in Education in 1980.

“The history course was also significant because it was taught by two formidable scholars in their own field, which certainly gave a lot of credibility to what was happening in the interdisciplinary studies course.”

After a minor in women's studies was approved in 1974, the women's studies program at New College added major and specialist degrees in 1980 before becoming the Institute for Women & Gender Studies in 1999. It was renamed the Women & Gender Studies Institute (WGSI) in 2005 when it earned departmental status. True to its interdisciplinary roots, WGSI now collaborates with 33 other departments and units and seven faculties – more than any other program.

The ripple effect beyond U of T was also undeniable. Course materials and syllabi – largely assembled from scratch by faculty and students – were widely shared, helping in the creation of women’s studies programs across North America and around the world.

Davis helped establish women’s studies programs at the University of California, Berkeley, Princeton University and the University of Oxford during a series of teaching appointments. Conway was appointed U of T’s first female vice-president in 1973 and continued teaching the history course until becoming president of Smith College in Massachusetts in 1975.

After completing her residency requirements for a PhD, Ramkhalawansingh joined Toronto’s city hall to help develop its equity and diversity programs. In 2020, she established a scholarship for undergraduate students enrolled in a major or specialist program in women and gender studies or in Caribbean studies at U of T.

Tutorial assistants and students from those early courses went on take leadership roles in women’s studies programs across Canada and champion equity in government and the private sector. 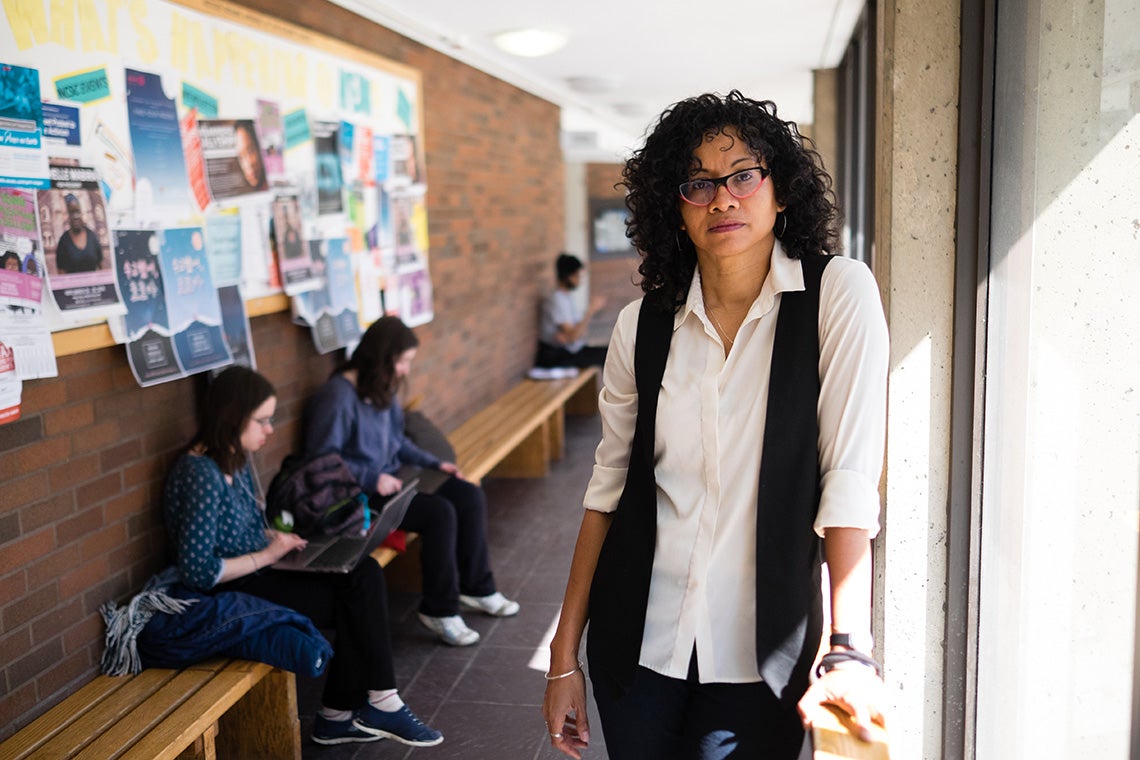 Professor Alissa Trotz, director of the Women & Gender Studies Institute, says the process of creating a women’s studies program at U of T “is still unfolding in exciting new directions” (photo by Geoffrey Vendeville)

Linda Kealey, who earned her bachelor of arts degree in sociology as a member of St. Michael’s College in 1969, a bachelor of library sciences in 1970, a masters of arts in 1974 and a PhD in 1982 – all from U of T – developed women’s history courses at the University of New Brunswick (UNB) and helped found the women’s studies program at Memorial University in the early 1980s.

“There is no question the pioneering course in women’s history at U of T combined with Conway’s encouragement and my involvement in the women’s movement shaped my career,” says Kealey, a professor emerita at UNB.

“I have always taken seriously the obligation to be a mentor and to contribute to the field.”

Monika Simon recalls enrolling in the new interdisciplinary course because it sounded intriguing.

“At the time, I didn’t have a sense of being part of something larger, but later I realized the course gave me a broader perspective of the role of women in the world,” says Simon, a retired business executive who earned her bachelor of arts degree in political science from Woodsworth College in 1974.

“This knowledge allowed me to confidently work in different jobs where most of the time I was the only woman executive in the office and board rooms.”

Ramkhalawansingh says she feels a sense of pride when she looks back on the campaign to establish the interdisciplinary course and the way women’s studies has evolved since then.

"I'm thrilled we did this. And certainly, when we set out in 1970, we had no idea how transformative this would become – even in our wildest dreams."