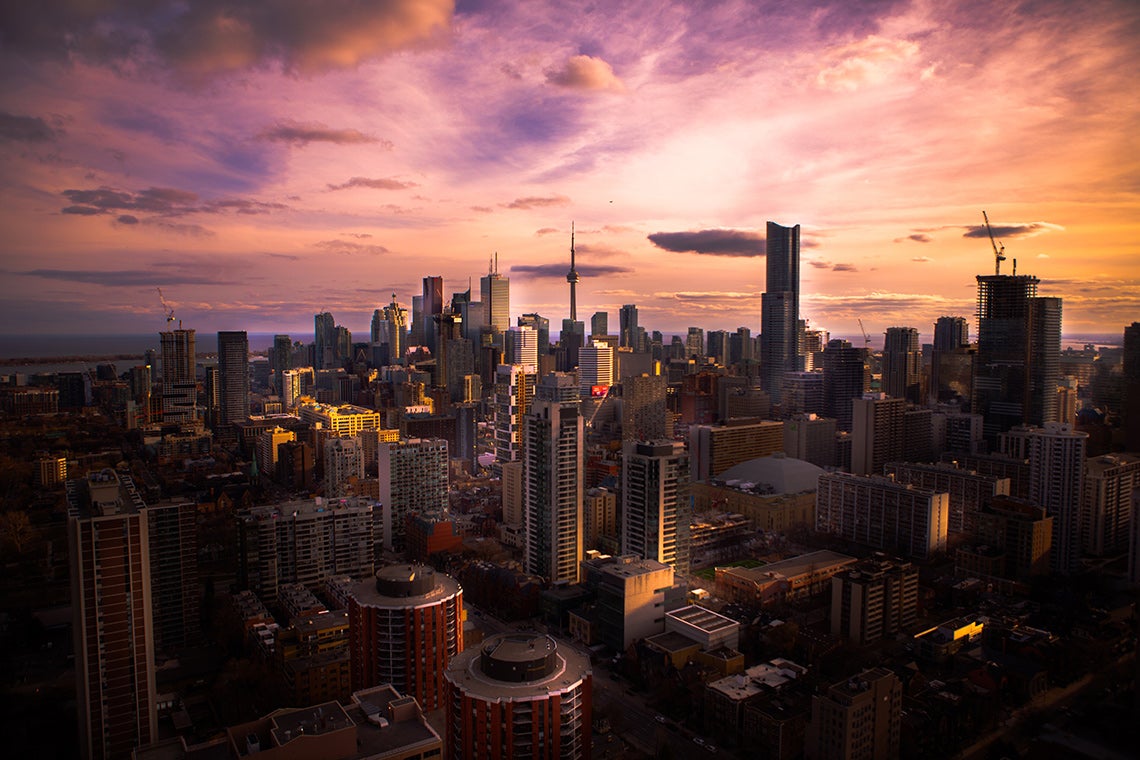 The Institute for Competitiveness and Prosperity, housed at U of T's Rotman School of Management, is hosting a global conference focused on innovation clusters in Toronto this week (photo by Syed Ahmed via Unsplash)

Experts from around the world will be in Toronto this week to share ideas on building – and sustaining – economy-boosting clusters of businesses, universities and government agencies.

The annual TCI Network Global Conference kicks off tomorrow and includes a keynote address from the University of Toronto’s Roger Martin, the academic director of the Martin Prosperity Institute and a former dean of the Rotman School of Management.

Other attendees at the three-day conference, hosted by the Rotman-housed Institute for Competitiveness and Prosperity (ICP) think-tank, include Mercedes Delgado, the director of MIT’s Lab for Innovation Science and Policy, and Navdeep Bains, Canada’s minister of innovation, science and economic development.

“Our goal is to let the world know what Canada is up to, and to learn from best practices around the globe,” said Jamison Steeve, ICP's executive director.

The institute is an independent, not-for-profit think-tank originally established and led by Martin in 2001, when it formed the research arm of a provincial task force on competitiveness, productivity and economic progress. It’s now advised by Ontario’s Panel for Economic Growth & Prosperity, which is led by current Rotman Dean Tiff Macklem.

The conference is expected to draw attendees from 37 countries and comes at an opportune time for Toronto – and Canada. Earlier this year, the federal government unveiled its $950 -million supercluster initiative. The effort is designed to establish the country as a global leader in key economic sectors by promoting regional groupings of large corporations, innovative startups, research-intensive universities and growth-minded government agencies.

U of T's research is helping drive two of Canada’s five superclusters – one focused on artificial intelligence, based in Quebec, and another focused on advanced manufacturing, based in Ontario. On Wednesday, U of T President Meric Gertler will introduce a panel discussion that includes supercluster representatives and European experts.

Steeve said the topics tackled at this week’s conference will include how to measure the success of cluster initiatives by looking at everything from job growth to the creation of valuable new intellectual property.

“Everyone always talks about the rhetoric of building an innovative economy, but we’re going to try to get at what does that actually look like,” Steeve said.

Also on the agenda are discussions about diversity.

“One of the criticisms that’s come up against clusters like Silicon Valley is that it’s mostly male and predominantly white,” said Steeve. “So what can we do so that isn’t the case – especially when you live in a country where one of your key advantages is multiculturalism?”

Steeve said Ontario has made strides in developing clusters in recent years, noting the emergence of Toronto as a key hub for AI development – supported by U of T, the Vector Institute, MaRS and the Creative Destruction Lab – and health innovation.

However, he cautioned there’s still much work to be done.

“We haven’t quite hit the size and scale that we’re hoping for yet,” he said.  “Part of the purpose of this conference, and the federal supercluster initiative, is to kick things up another level so we get the increased wages, increased economic growth and the increased number of companies that [are launched] as a result.”