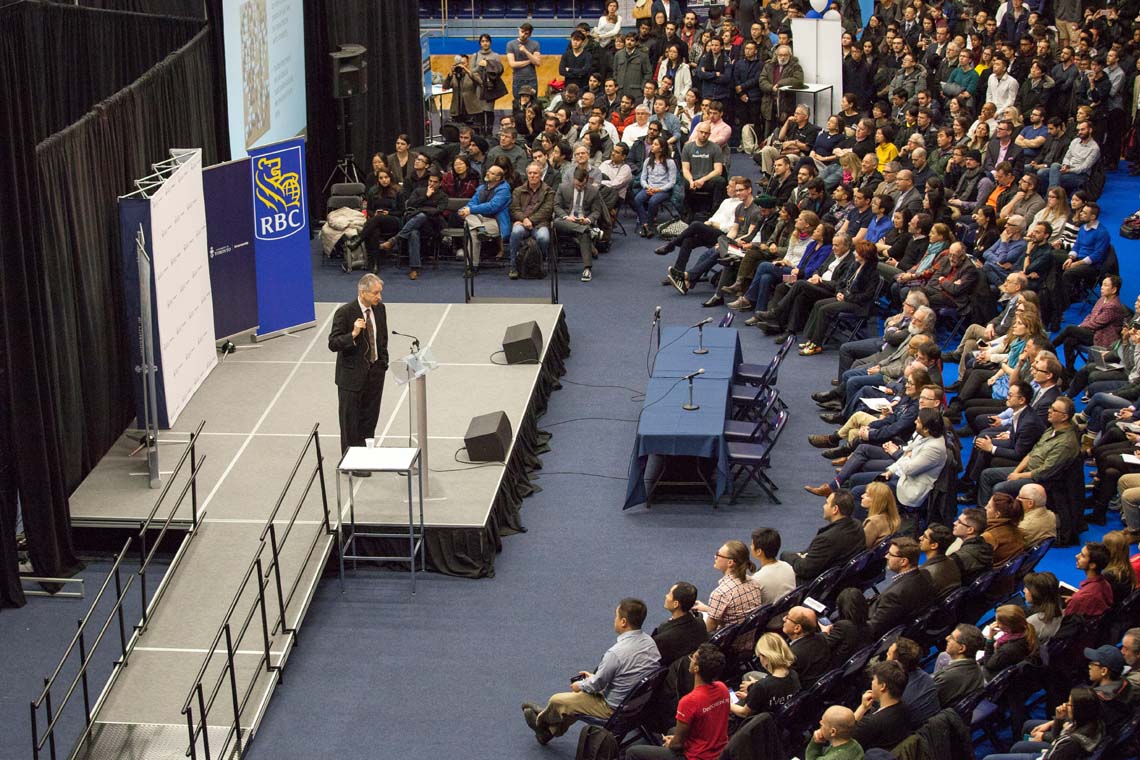 Geoffrey Hinton, “the godfather of deep learning,” addresses the crowd at U of T's Goldring Centre for High Performance Sport for the RBC Innovation & Entrepreneurship Speaker Series (photo by Johnny Guatto)

Artificial intelligence and deep learning will dramatically change our lives – and Canadian companies need to lead the charge to stay at the forefront of the technology’s commercial and economic success.

The University of Toronto, the Ontario and federal governments and some of Canada’s biggest companies are hoping the newly created Vector Institute will help Toronto and Canada solidify their claim as a global leader in artificial intelligence.

Read about the Vector Institute

It’s all about bridging the gap between research and commercialization.

“The innovation and technological revolution sweeping the world is not just an opportunity, it is an absolute necessity for growth and collective prosperity,” said Vector Institute chairman and ex-TD CEO Ed Clark.

Speaking at the institute’s launch event at the MaRS Discovery District this week, Clark said: “We can take advantage of the base we have built with innovation to make Ontario the alternative to Silicon Valley.”

There is a sense of urgency, said Dan Breznitz, U of T professor and co-director of the Innovation Policy Lab at the Munk School of Global Affairs, as Canada runs the risk of losing out on monetizing on AI’s success.

“We are now in the major leagues, and if we don't get to be one of the final four in the playoffs, we will not fulfill the immense potential for growth that we have here,” he said.

Canada has been a hotbed for AI research led by academic institutions like U of T. But experts say it has fallen behind in keeping that talent in the country, with Canadian researchers heading south of the border, recruited by U.S. tech giants such as Google and Facebook.

“They are all amazing, but from a commercial perspective, Canada hasn't benefited from it. It's important for us to do that,” said Tomi Poutanen, co-CEO of Layer 6 AI and one of the Vector Institute’s founders.

Those U.S.-based companies saw the value of AI before the rest of the world clued in, said Ajay Agrawal, founder of the Creative Destruction Lab at U of T’s Rotman School of Management.

“It doesn't matter how many we train,” Agrawal said. “If our industrial ecosystem is not competitive in terms of paying competitively and working on competitively interesting projects, we won't keep them.”

As Europe and the U.S. grapple with political and social division, attracting and keeping talent in Canada might become easier.

“It's an advantageous and an interesting geopolitical time when not only are governments in some countries shutting their doors to immigrants, but a lot of governments are starting to not embrace innovation and change,” said Poutanen.

“Canada is uniquely positioned where the leadership of our country not only embraces people from all backgrounds and all countries, but we also talk about being a knowledge economy, investing in research and embracing research and science.” 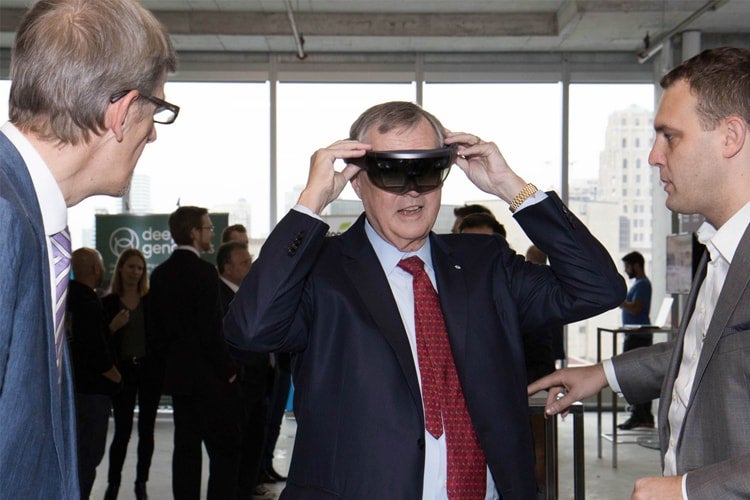 Companies such as Thomson Reuters are tapping into Canada’s talent pool, setting up shop in Ontario to attract the province’s data scientists.

“I've hired several people from the U.S. who are from Canada, from the Toronto region, and they would like to come back home. There's a lot of talent that exists already in the market here,” said Khalid Al-Kofahi, vice-president, research at Thomson Reuters, which is also a Vector Institute corporate partner.

RBC said it is also doing its part to keep AI talent in Canada, investing in the Vector Institute and other U of T-affiliated research initiatives such as the Creative Destruction Lab and NextAI while operating its own research and development practice based at U of T.

“Machine learning is the backbone of a lot of the technologies we use across our businesses. It's a platform technology that enables prediction, classification and helps us solve some of the day-to-day data science problems we are facing in the bank,” said Foteini Agrafioti, RBC’s chief science officer and head of RBC Research.

“We thought it was our responsibility to have our own industrial research practice where people can go and continue to do world-class research after university.”

Vector Institute plans to work with researchers and businesses to help commercialize technology on a wider scale.

“People doing this cutting-edge work need companies that are going to let them come in and actually apply it to their business, and use the findings and research in really powerful ways,” said David Lennie, senior vice-president of data and analytics at Shopify, one of Vector Institute’s corporate partners.

There is, however, a lagged response to research, said Agrawal. The impact of innovations today may not see their commercial application for years, but patience pays off, he said.

“It's a very exciting time in the history of AI. A lot of things are happening – we're in a transformative time period and there will be a handful of institutes that really matter, and hopefully Vector will be one of them.”