#UofTGrad16: this computer science grad is already planning to give back 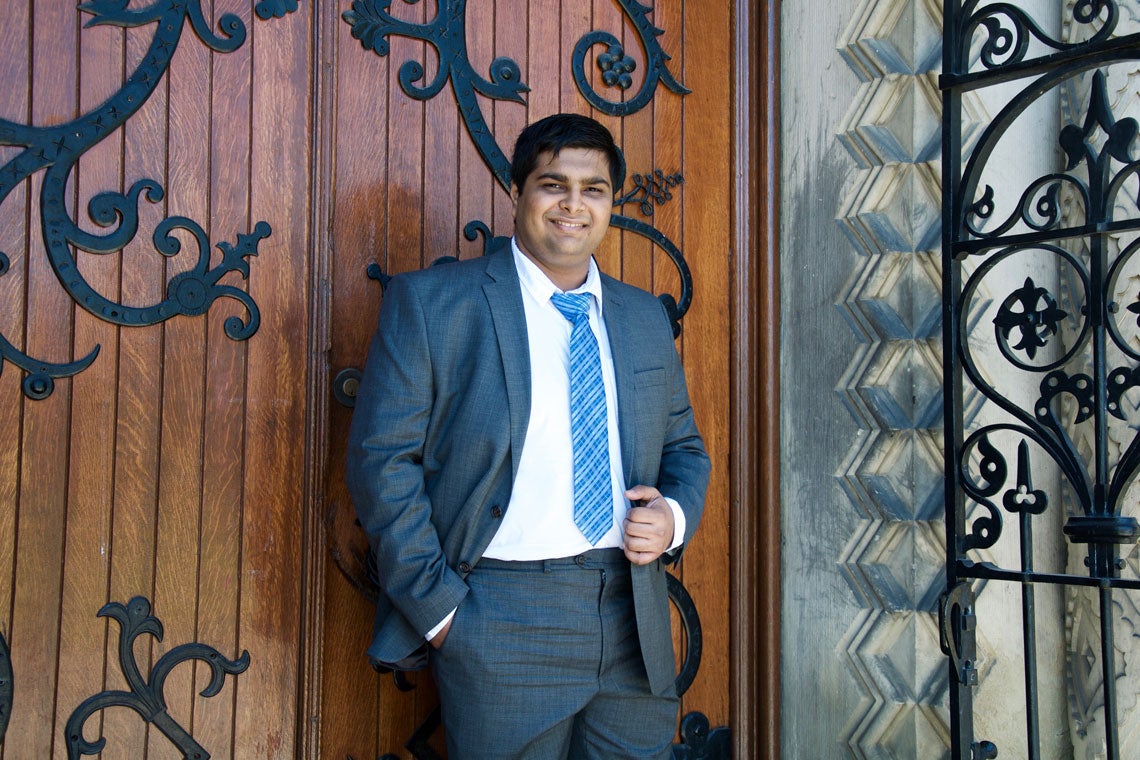 “I wanted nothing more than to continue my education at U of T.”

Dhyey Sejpal already  knows where he’s headed after graduation: back to Amazon, where he worked as an intern last summer.

But instead of returning to Seattle (where he earned enough to pay for this last year of school) Sejpal will remain in Canada.

“I was offered a position in Seattle, but I requested a transfer to Amazon’s Toronto office because I want to give back to the University of Toronto by volunteering as a student mentor in the Department of Computer Science’s Innovation Lab (DCSIL),” Sejapal said.

Sejpal just graduated with high distinction from the University of Toronto with a specialist in computer science focusing on artificial intelligence – but he took a roundabout route. Sejpal — who grew up in Rajkot, the fourth largest city in the state of Gujarat — was initially accepted to U of T but decided to stay in India for financial reasons. He began his academic career at the Indian Institute of Technology (IIT), Indore —one of that nation’s top technical universities.

“I realized that IIT was not going to challenge me,” said Sejpal, who finished at the top of his first-year class in India. “I wanted nothing more than to continue my education at U of T.”

He reapplied to U of T as a transfer student and was accepted again but the move required sacrifices.

“My family still didn’t have that much liquid cash, so my parents took out a loan to help make my university dream come true.”

Despite having only one computer science transfer credit, Sejpal completed his U of T degree in three years.

“I studied very hard because I knew how much my family had sacrificed,” said Sejpal. “I wanted to show everyone that this was the right decision and that it was worth every penny spent.”

His transition to Canada was challenging: everything was different — the weather, the culture, the food — and he missed his family, not to mention his mother’s vegetarian cooking.

“I did a lot of walking that first year — rain, snow or hail, it didn’t matter — it didn’t seem worth it to spend the money for two subway stops,” said Sejpal. “We took out a loan and I wanted to be responsible.”

When he didn’t land a summer internship after his first year, Sejpal decided to spend the break at home in India. Refreshed, re-energized and well-fed thanks to his mother: “I gained back the 20 kilograms I lost from all that walking,” Sejpal returned to U of T ready to redouble his efforts.

He ended up with a 4.0 GPA while taking six 300- and 400-level computer science courses in his second year at U of T. He also worked as a teaching assistant for  Data Structures and Analysis.

That helped him land his first summer internship in Seattle at Amazon.

“It was a great experience. There were rooftop parties every month that ensured we had fun while working. I learned a lot, but was especially thrilled with the $30,000 I earned,” said Sejpal. “That paid for my last year of school — my parents were incredibly proud of me and it felt great to take my first steps towards financial independence.”

Before Sejpal returns to Amazon later this summer he plans to show his parents — who are visiting for his graduation ceremony — around Toronto, Montreal, Ottawa and Quebec City. And he says he wants to stay in close contact with his mentors, Mario Grech and Helen Kontozopoulos, DCSIL’s co-directors and founders.

“After learning as much as I can at Amazon and saving some money, I plan to become an entrepreneur,” said Sejpal. “A startup — perhaps in robotics — is definitely in my future.”