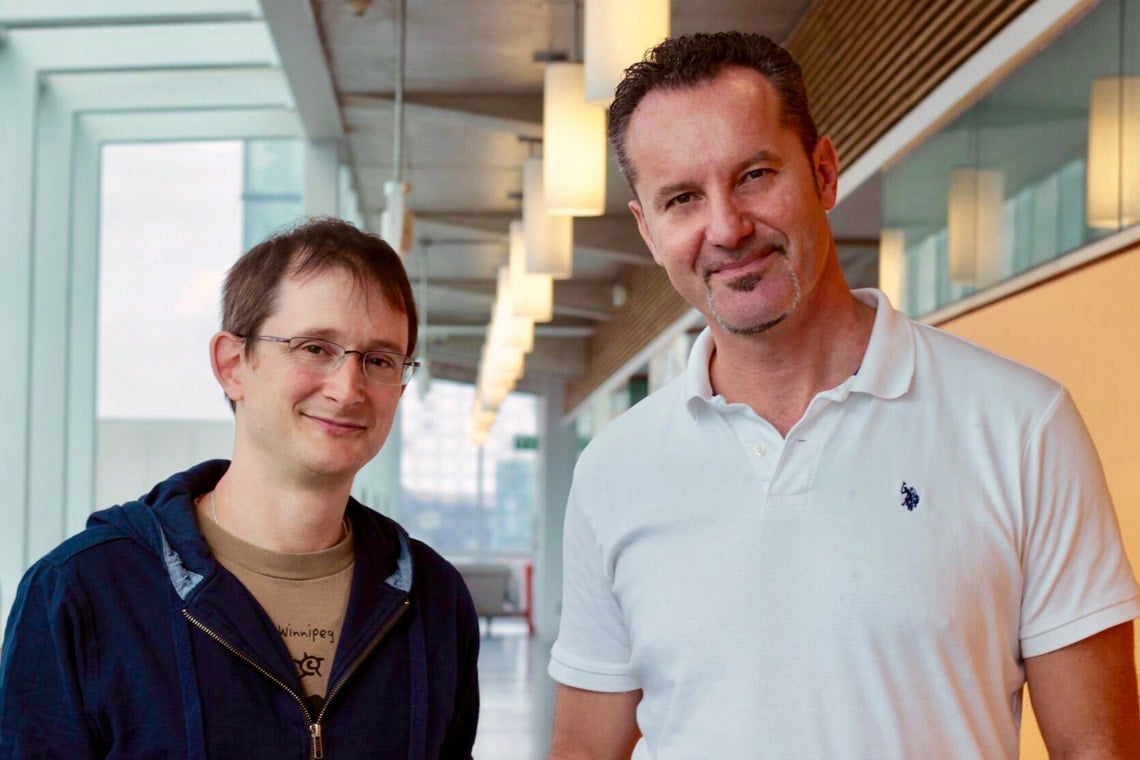 Ever take antihistamines? Or heartburn medication?

Along with drugs used for a variety of conditions like diabetes, high blood pressure and depression, these common household drugs work by targeting the same class of protein molecules in our cells. They are only the tip of the iceberg. A University of Toronto study reveals a large swath of new therapeutic opportunities for these drugs, including ones that could lead to a better treatment for Parkinson’s disease.

Despite representing about a half of prescribed medications worldwide, these compounds target only a sliver of one of the largest – and most elusive – classes of human proteins, called G protein coupled receptors (GPCRs). Tapping into this vast unexplored therapeutic potential has been difficult because available tools weren’t up to the task of surveying the GPCRs on a large scale. Enter Professor Igor Stagljar of U of T’s Donnelly Centre.

“Our cells are made of proteins, which also do most of the work in them. But no protein acts alone and that’s why we have to look at interactions between proteins to understand what’s going on in the cell,” says Stagljar, who is also a professor in the departments of molecular genetics and biochemistry.

Stagljar’s new study, which is on the cover of the March issue of Molecular Systems Biology, is based on technology developed in his lab, called MYTH.

The technology allows detection of membrane protein interactions as they occur in their natural setting – on the surface of cells. Using MYTH, Stagljar’s team was able to capture almost 1,000 interactions between more than 600 proteins for almost 50 clinically important GPCRs (see inset).

The largest survey of GPCRs to date, it revealed new associations among proteins involved in neurological disorders like motor neuron disease, schizophrenia and neurodegenerative disorders, as potential targets for new drugs.

One association that stood out involved a G protein coupled receptor targeted by Parkinson’s disease drugs, called ADORA2A. By binding to ADORA2A, the drugs stimulated the release of dopamine, which helped communication between nerve cells to ultimately reduce tremor in patients with Parkinson’s.

Stagljar’s team found that ADORA2A associates with another Parkinson’s disease associated receptor (GPR37), in a way that affects movement in a mouse model of disease, suggesting that a combination of drugs targeting both receptors may work better in patients.

The work on Parkinson’s was done in collaboration with Professor Francisco Ciruela’s team at the University of Barcelona in Spain, which will continue to investigate the clinical potential of the enhanced combination therapy involving ADORA2A and GPR37.

“High-throughput studies like ours are going to be major contributors in future drug development,” says Jamie Snider, a senior research associate in the lab and a lead author of the study. “You can look at the cell in the ways we could not do before. We can understand how proteins interconnect better to identify possible reasons why certain drug compounds might be causing side effects and also to predict which targets might potentially be valuable for treating disease.”

To appreciate just how pervasive the 800 or so human GPCRs are, you only need to take a deep breath and look at yourself: nestled inside the eye, these proteins detect light and help us see, those in the nose detect scents, while the ones in taste buds let us taste chocolate, sweets and bitter foods.

But these proteins also detect glucose and hormones in the blood, neurotransmitters, or chemicals that help our brain cells communicate, as well as hold cells together, ensuring that tissues don’t fall apart. It’s no surprise then, that when GPCRs go awry, this can lead to brain disorders, diabetes, cancer and a host of other diseases.

In the past, scientists would either focus on the GPCR parts that are easily accessible, such as those sticking out on either side of the cell.

Or, to study the GPCRs in entirety, they would remove the surrounding membrane, which changes the proteins’ properties. Either way, researchers weren’t getting the full picture of how these proteins work. Stagljar's technology has revolutionized the study of membrane proteins, attracting interest from the pharmaceutical industry.

“Our previous limited knowledge of the GPCRs had already helped us to tremendously improve human health,” Stagljar says. “Think of what we might be able to do if we mapped all these proteins and their interactions and then understand the biological importance of those – this would be a huge step forward for biomedicine.”