U of T research unlocks new data for cancer drugs 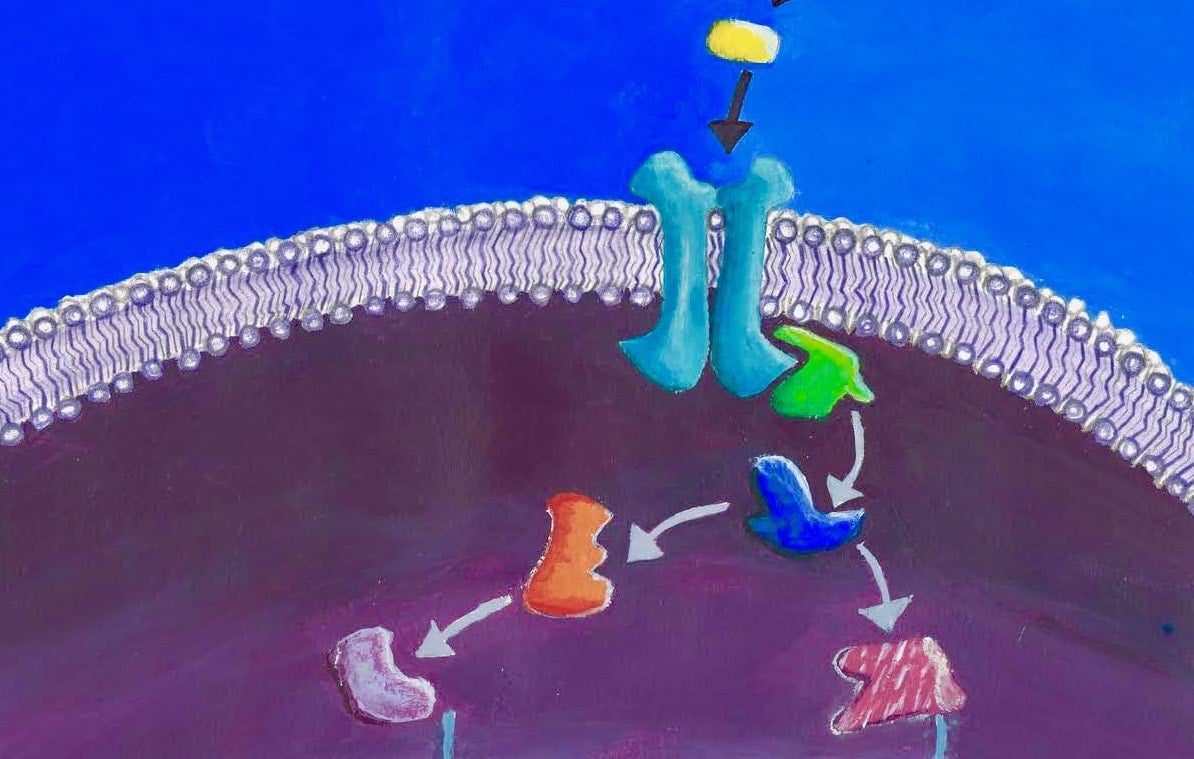 Led by Professor Igor Stagljar of U of T’s Donnelly Centre, the study maps interactions between receptor tyrosine kinases (RTKs) and protein tyrosine phosphatases (PTPs) in humans, which can lead to cancer when their functions are disrupted. The highly anticipated study will be featured on the cover of the journal Molecular Cell, available in print on Jan. 19.

Most cancer patients are treated with punishing chemotherapy drugs that have serious side-effects.

In the last 15 years, a new generation of "smart" cancer drugs has been developed such as Gleevec, which effectively cures some forms of leukemia. These drugs are designed to target cancer cells with needle-like precision to avoid harming tissue that’s healthy. They do this by blocking proteins called kinases, which include receptor tyrosine kinases (RTKs) that control cell growth. RTKs are often mutated in cancer. However, the existing drugs block only a fraction of RTKs because these proteins have features that have made them notoriously hard to study.

Senior research associate Zhong Yao was able to carry out the largest study of RTKs to date by mapping their physical interactions with PTPs using methods previously developed in Stagljar’s lab.

“We tested interactions between almost all 58 RTKs and 144 PTPs that exist in human cells. Our map reveals new and surprising ways in which these proteins work together. These insights will help us better understand what goes wrong in cancer in order to develop more effective treatments,” said Stagljar, who is also a professor in molecular genetics and biochemistry.

Lodged inside the cell’s outer envelope, or membrane, RTKs receive signals from the outside world – a hormone, for example – telling the cell to grow and divide. Normally, their activity is controlled by PTPs, which bind the RTKs and shut them down. This prevents sustained cell division that could lead to cancer.

The RTKs' place in the cell membrane is critical for their function, but it is also what has made them such a tough nut to crack. Traditional methods haven’t been able to capture the often short-lived physical interactions between RTKs and PTPs because the surrounding membrane has to be dissolved, which changes the proteins’ behaviour.

Stagljar bridged this gap by developing MYTH and MaMTH technologies designed precisely for measuring such fleeting interactions between membrane proteins in their natural setting.

The resulting map charts out more than 300 interactions between RTKs and PTPs in human cells, each a potential way to fight cancer. The findings have attracted attention of major pharmaceutical companies, including the pharma giant Genentech, which could lead to future collaborations in drug development.

Stagljar worked with two leading experts in PTP biology: Professor Anne-Claude Gingras of the Lunenfeld-Tanenbaum Research Institute and U of T’s department of molecular genetics and Professor Benjamin Neel of New York University, who was formerly with U of T and the University Health Network’s Princess Margaret Cancer Center.

“We wanted to show that these two assays we developed in our lab – MYTH and MaMTH – are suitable for studying these two important classes of proteins on such a large scale. The resulting wealth of important data can be used to develop new therapies against various types of cancer,” said Stagljar. “Ultimately, we want to build a map of interactions with all 3,000 or so human membrane proteins, of which at least 500 have direct roles in the onset of many human diseases. This will keep us busy.”