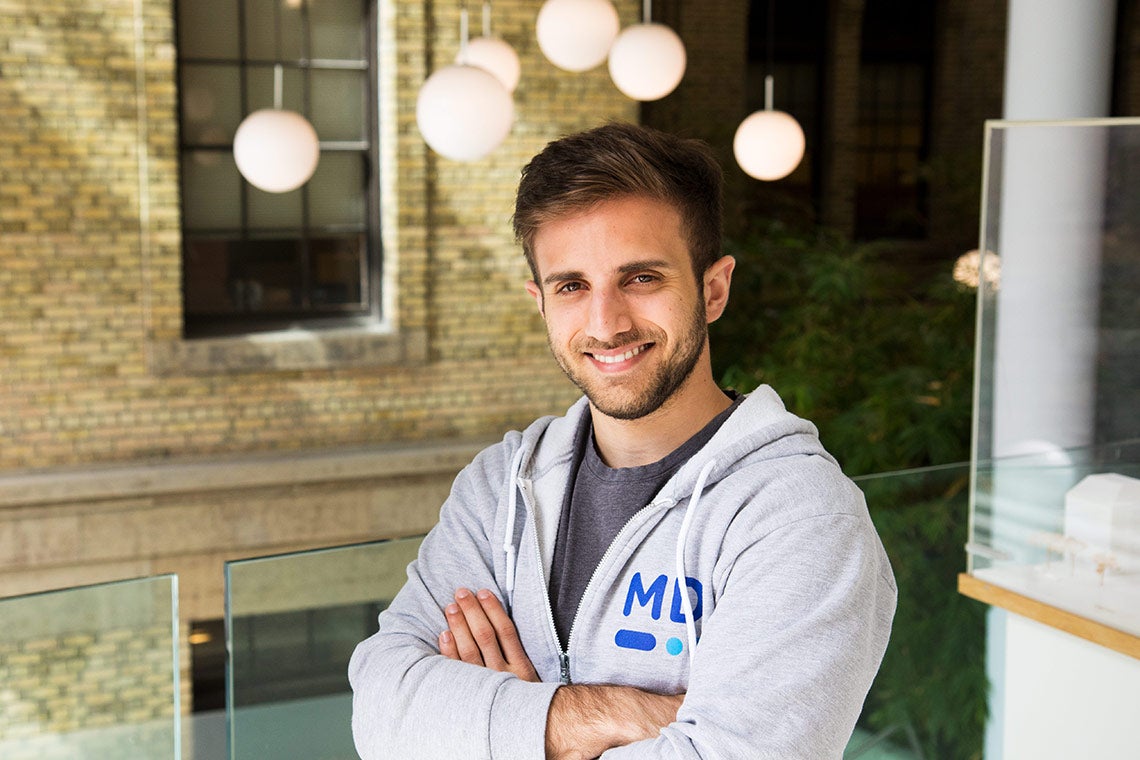 A University of Toronto startup seeking to improve communication between patients and hospitals has received $250,000 in funding from a southern Ontario local health integration network.

The Waterloo-Wellington LHIN said Friday the funding would be used by Dash MD to develop a local version of its smartphone app, which enables health-care providers to easily deliver detailed  instructions to patients.

“We’re very excited to be partnering with Dash MD to bring real-time local health information to patients through a mobile app that will be free for them to use,” said Bruce Lauckner, the chief executive of the Waterloo Wellington LHIN, in a statement.

Watch a report on the deal by CTV News Kitchener

Read more about Dash MD at U of T News

Dash MD was co-founded three years ago by Zack Fisch and U of T master’s student Cory Blumenfeld. Fisch got the idea for the app after he broke his leg and failed to recognize the symptoms of compartment syndrome – a situation that almost cost him his leg.

“I felt a burning sensation, but figured it must just be normal,” Fisch told U of T News earlier this month, blaming the groggy, medicated state in which he received the hospital’s aftercare instructions.

Dash MD’s app, by contrast, is free for patients to download and can be used to tell patients what to do if certain symptoms develop. It can also be used to manage appointments and medications.

Built with the help of U of T’s UTEST accelerator – one of nine entrepreneurship hubs on campus – Dash MD already has partnerships in place with 30 individual Canadian hospitals. Researcher focuses on essential, but often-ignored, organ in pregnancy