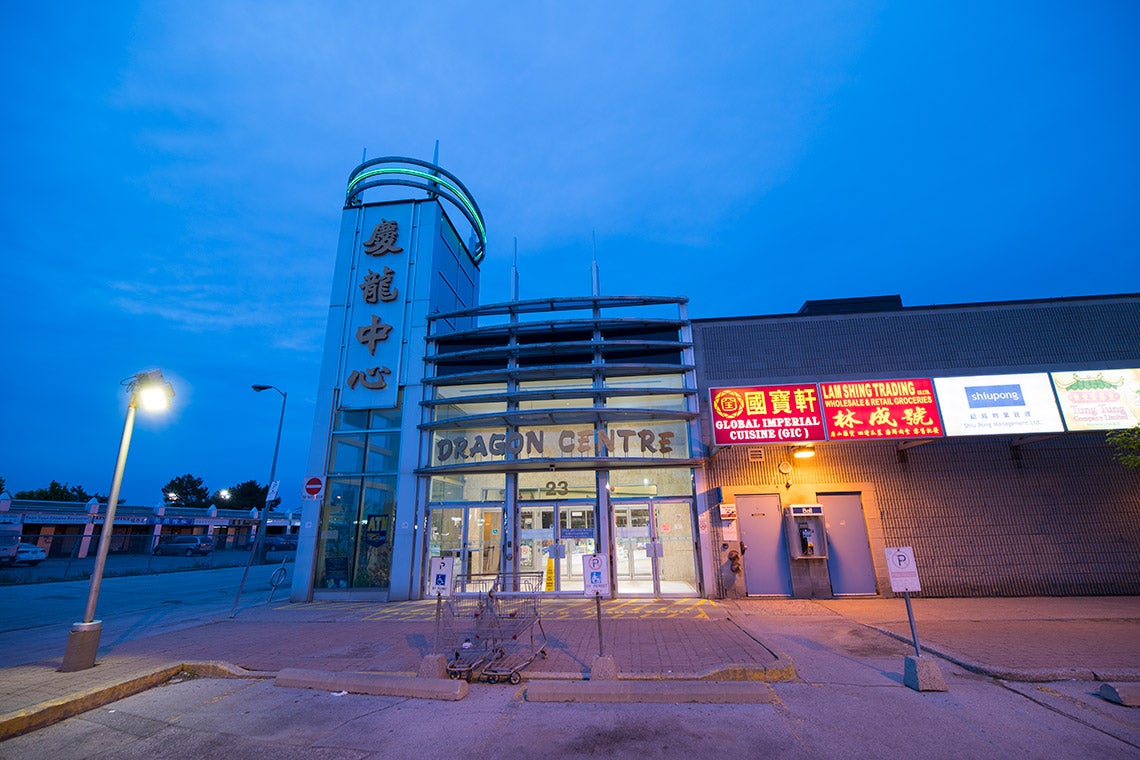 The Dragon Centre, a former roller skating rink in Scarborough, was converted into a Chinese shopping mall in 1984, sparking a backlash from some of the area's residents (photo by Don Campbell)

Agincourt is renowned as one of Toronto’s Asian culinary hotspots. But its history – including opposition to a wave of immigrants in the early 1980s – is less well known.

“Many have this idealized version of food in Scarborough being a triumph of multiculturalism,” says Camille Bégin, a food historian and lecturer at the University of Toronto Scarborough’s Culinaria Research Centre. “But when you look at the details, it’s not the way it happened.

“We don’t have the memory, or we’ve collectively forgotten, about the racial tensions that existed around the strip malls where these businesses are located.”

For her post-doctoral research, Bégin worked on a pilot project called “Mapping Scarborough Chinatown,” which digitally documents the eastern suburban neighbourhood’s transformation into a culinary hub. Her research has been rolled into Tasting the Global City, a larger digital project by the Culinaria Research Centre that traces Toronto’s food history.

Scarborough’s status as an “ethnoburb" began in the early 1980s, Bégin says. The term describes what takes place in suburban neighbourhoods of large cities when immigrants – either newly arrived or second generation – move outside of downtown to create clusters of ethnic residential, business and cultural institutions.

Food plays a critical role in all of this, Bégin says. Food businesses are relatively easy to set up since immigrants don’t have to re-train or get their credentials re-certified, and they offer something a community craves: a taste of home.

“When people arrived from Hong Kong and later from the mainland of China, food becomes an important part of the economic and social fabric of Agincourt,” says Bégin, who is also a public historian for Heritage Toronto.

A key moment in Agincourt’s evolution came in 1984, when brothers Henry and Daniel Hung bought a former roller-skating rink in an existing strip mall and converted it into a shopping centre called the Dragon Centre.

“The role the Dragon Centre played was instrumental,” says Howard Tam, a U of T alumnus and urban planner, who grew up in Agincourt and also runs food tours throughout Scarborough.

When it opened there was only a smattering of Chinese-owned businesses in local strip malls, but by 1987 there were more than a dozen Chinese malls in Agincourt. That growth continued to expand northward into Markham throughout the 1990s, explains Tam. 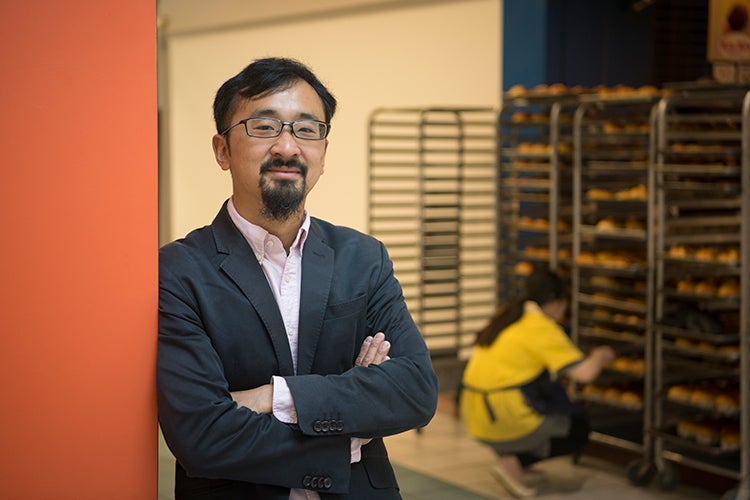 Bégin, who along with Associate Professor Jayeeta Sharma co-authored a study exploring the history of Scarborough as an ethnic food hub, found a unique characteristic of these malls: Between 25 per cent to 50 per cent of the surface area was taken up by restaurants and grocery stores. Since Agincourt is close to Highway 401, the ingredients were in place to make it an important regional food hub. But its new popularity led to tensions.

When the Dragon Centre was converted, it had too few parking spots to meet demand, explains Tam. Moreover, cars spilled onto local streets and crowded the once-quiet neighbourhood.

Though he was a child, Tam remembers the racist hate literature that circulated in the neighbourhood and at community meetings where local, mostly white residents raged against the changes.

“I went to some of those meetings as a kid with my mom and I remember many people going up to the mic and saying really vile things like, ‘Learn English we’re in Canada,’ or ‘We don’t want Hong Kong here,’ and other attacks against the Chinese community,” he says.

“I remember my mom getting really upset and after coming home from the meeting saying that people will never understand or accept us in Canada.”

The mayor even convened a task force on multicultural and race relations in response to the episode.

While the success of the Dragon Centre – the “first Chinese-themed mall in North America,” according to Arlene Chan's The Chinese Community in Toronto: Then and Now – showed it was a viable business plan, the resistance from local residents didn’t end. Tam says subsequent more ambitious development plans by Chinese businesses were heavily modified due to protests from local residents.

“A lot of the development resistance pushed these projects to move north of Steeles into Markham, which is one reason you see larger malls there,” he says.

Tam says while there is more choice than there was 20 years ago when it comes to different ethnic food hubs in the GTA, Agincourt remains a culinary hotspot.

Meanwhile, the mall that started it all – Agincourt’s Dragon Centre – is undergoing plans for redevelopment. Tam is looking at ways to document the site’s historical significance. He is currently working on a project to document the history of the mall and the stories that connect to it.

“Just think of all the people who shopped there over the years, got their first pair of glasses or shared meals with their family. It’s important to document this social history before it fades away.”