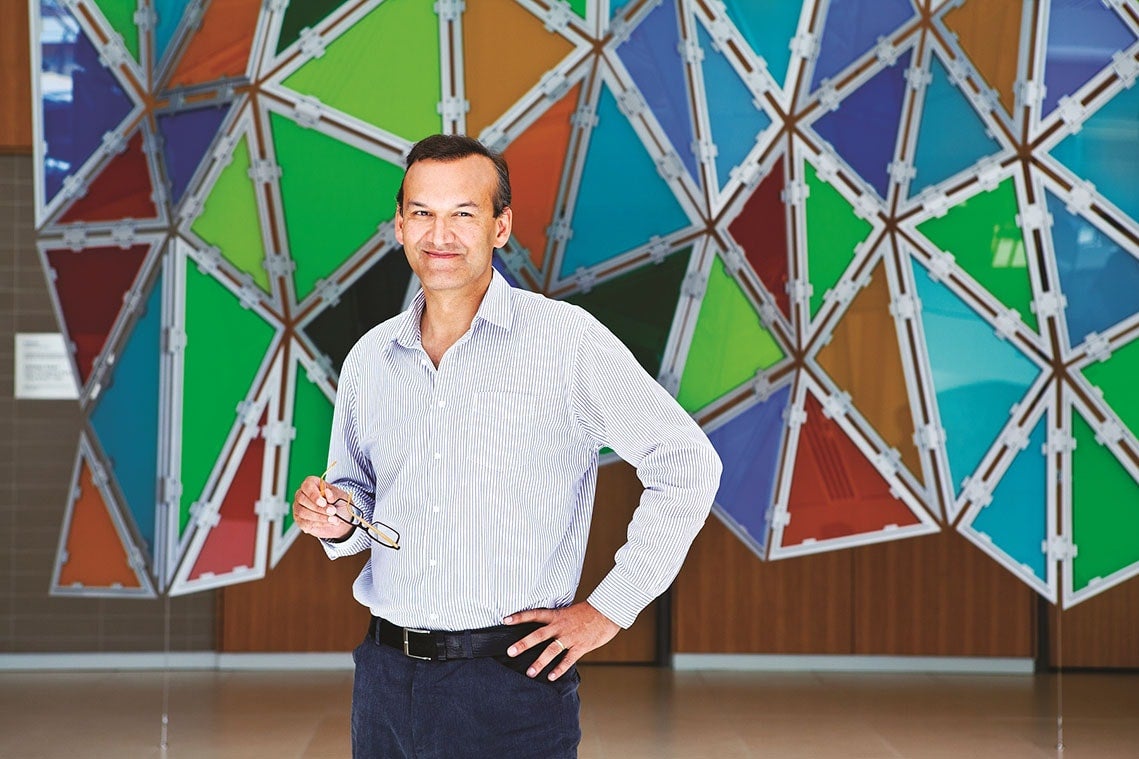 “Why study the dead?” asks Professor Prabhat Jha. “Well, the dead are interesting to help the living by understanding the patterns of disease and the major killers, and you can actually form the way forward to reduce premature mortality"

How and why we die are questions that hold a lot of meaning for Prabhat Jha.

With support from this year’s Connaught Global Challenge Award, the professor in the University of Toronto's Dalla Lana School of Public Health is leading an interdisciplinary team to expand the collection of mortality statistics and develop innovative new tools to analyze the data for patterns.

The project – innovations to close the global mortality data divide – is one of five sharing $1.23 million from the Connaught Global Challenge.

Read about the other Connaught Global Challenge Award winners

The internal award, provided by the Connaught Fund, is designed to support new collaborations involving leading U of T researchers and students from multiple disciplines, along with innovators and thought leaders from other sectors.

Every year, an estimated 60 million people die worldwide. Over 80 per cent of these deaths occur in low- and middle-income countries where many deaths occur at home and without medical attention. For example, only three per cent of the world’s children who died in 2010 had a medically certified death certificate.

That lack of information on deaths is itself a killer. But it’s a solvable challenge, says Jha, head of the Centre for Global Health Research at St. Michael’s Hospital and the professor of global health and epidemiology at Dalla Lana.

“Why study the dead?” he asked rhetorically. “Well, the dead are interesting to help the living by understanding the patterns of disease and the major killers, and you can actually form the way forward to reduce premature mortality. That’s true in India; it’s also true in Canada.”

With the $250,000 in Connaught funding, Jha said he’s going to be able to “bring different types of science to the question” of how the dead are counted, reported and their information analyzed and used to improve public health.

Jha’s project is an expansion of his globally renowned Million Death Study, which has been knocking on doors in India since 2002 to collect first-hand accounts of the symptoms and circumstances leading up to a loved one’s death.

The personal narratives or “verbal autopsies” are independently reviewed and coded online by two doctors to determine cause of death. They’ve been invaluable tools for public health policy both in India and globally.

For example, the study showed how deeply flawed global estimates were for malaria and snake bite deaths. It also helped document that one million additional children have been saved as a result of reductions in specific diseases from 2005.

“There’s a simple adage in epidemiology: You don’t know, unless you look,” he said. “When you look, you often get surprised.”

Working with Graeme Hirst, a professor in U of T's department of computer science in the Faculty of Arts & Science, Jha’s Connaught-funded project is testing machine learning, specifically natural language processing (NLP), to see if it can improve and possibly replace the narrative coding by doctors.

“We also want to apply machine learning to be able to detect patterns in the data, not just the Indian data, but to about 110 million individual death records from Canada, USA, Mexico, Brazil – 13 countries in all – to pick up specific patterns that help define the avoidability of death,” he said.

Preliminary results have been promising, he said, adding “this is opening up a new frontier in machine learning to use NLP to try to understand patterns of diseases so that we can improve the diagnostic capacity.”

A geospatial working group, which is part of the Connaught-funded project, is also studying the distribution of diseases to help understand risk factors. For example, Jha said in India they’re using geospatial science to document how many people are killed by air pollution and “then we can study other exposures in similar ways.”

The Connaught funding will also help U of T host a global symposium on closing the mortality data in 2019, as well as create a Challenge Scholars program for graduate students.

As the Millionth Death Study team draws close to recording their millionth death – something Jha expects this year or next – researchers are preparing to turn the day-to-day operation of the study over to the Indian government.

They are also working with the Canadian government, the Bill and Melinda Gates Foundation and others to expand the study’s verbal autopsy approach to Ethiopia, Sierra Leone and Mozambique.

“That system has worked beautifully in India at very low cost. It’s one of those low-cost, high-impact interventions,” he said. “It should be thought about being like GPS for global health. If you have evidence and know what the patterns are, you can map out where to go” with public health policies and interventions.