U of T to divest from fossil fuel investments, create climate-positive campus 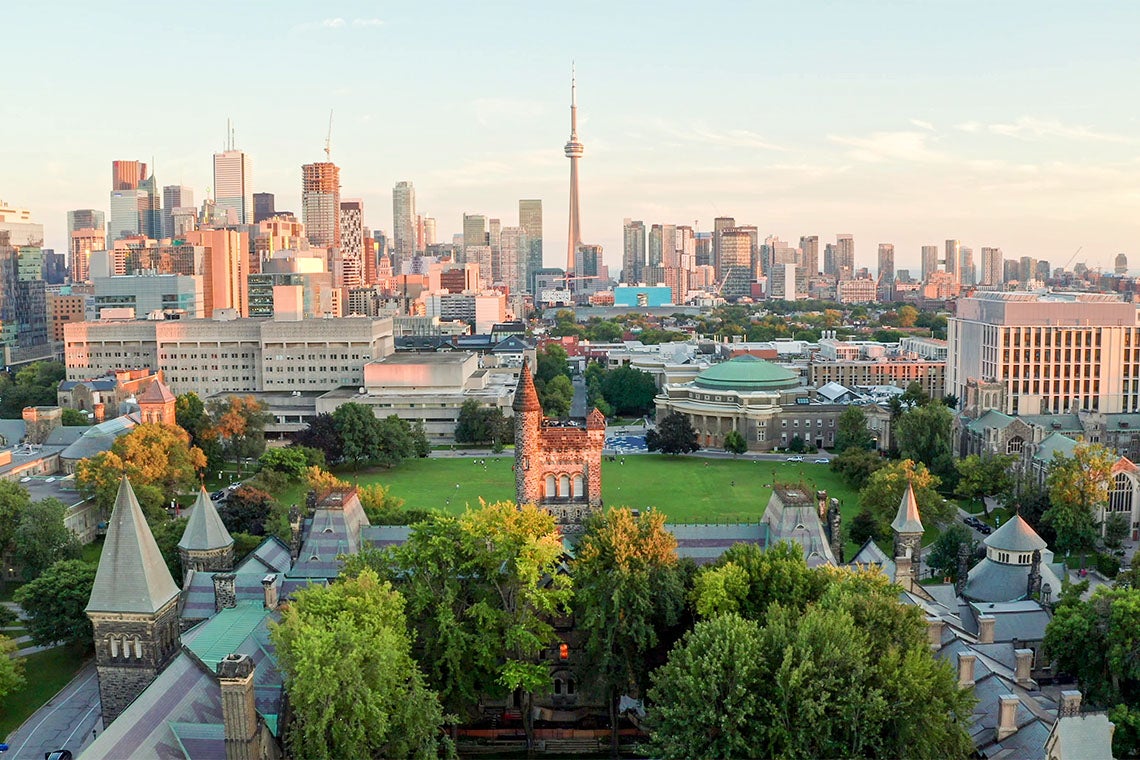 (Photo by the University of Toronto)

The University of Toronto is committing to divest from investments in fossil fuel companies in its $4.0-billion endowment fund beginning immediately.

As part of a suite of sustainability measures announced by U of T President Meric Gertler today, the University of Toronto Asset Management Corporation (UTAM) – U of T’s investment manager – will divest from all direct investments in fossil fuel companies within the next 12 months, and divest from indirect investments, typically held through pooled and commingled investment vehicles, by no later than 2030, and sooner if possible.

UTAM will also allocate 10 per cent of its endowment portfolio to sustainable and low-carbon investments by 2025, representing an initial commitment of $400 million, and is committing to achieve net zero carbon emissions associated with U of T’s endowment by no later than 2050.

U of T also became the first university in the world to join, via UTAM, the UN-Convened Net-Zero Asset Owner Alliance, a group of institutional investors committed to achieving increasingly demanding targets every five years en route to net-zero emissions.

“The growing severity of the climate crisis now demands bold actions that have both substantive and symbolic impact,” President Gertler said in a letter to the U of T community.

“When a large institution like the University of Toronto decides to take such steps, it is our belief that this will both accelerate the transition to a low-carbon economy and inspire other investors to do the same.

“We hope it will also encourage government actors at home and abroad to intensify their efforts to tackle the challenge of climate change.”

U of T’s decisions to divest from fossil fuels and to commit to net zero emissions in the endowment come as world leaders prepare to meet in Glasgow for the 2021 United Nations Climate Change Conference, also known as COP26, where progress in the fight against climate change will be assessed, and new strategies to avert a climate catastrophe will be considered.

“The evidence of a climate crisis is now incontrovertible,” said President Gertler, adding that the most recent report of the Intergovernmental Panel on Climate Change adds further urgency to the need for individuals, businesses, institutions and governments to act swiftly.

To that end, U of T also announced plans to make its St. George campus climate-positive by 2050, meaning it will curb more emissions than it emits. This will be accomplished through transformation of energy and utility infrastructure, adoption of cutting-edge building design and retrofit, expansion of renewable energy generation and other measures.

President Gertler said the initiation of divestment measures was made possible, in part, by the “substantial and rapid progress” the university has made towards its original climate goals, as well as changes in the investment industry in the five years since UTAM adopted its responsible investing approach, which applies an environmental, social and governance (ESG) lens to investment decision-making.

He also acknowledged the work of the President’s Advisory Committee on Divestment from Fossil Fuels, whose report marked a key milestone in the journey towards U of T’s divestment decision, and personally thanked members of the U of T community who have urged him to take all measures necessary to tackle the “existential crisis” of climate change.

“None have been more eloquent or impassioned than our students, who have the most at stake,” he said. “I want to thank them – and other members of our community – for their activism and commitment to this important cause.”

Since the release of U of T’s 2016 White Paper Beyond Divestment: Taking Decisive Action on Climate Change, UTAM has employed an ESG framework to evaluate the climate-related risks of long-term investment portfolios in all sectors, shift investments away from high-risk holdings and urge firms to adopt sustainable practices.

The strategy has been an unqualified success. In its most recent annual report, UTAM revealed it had reduced the carbon footprint of its investment portfolios by 37 per cent compared to 2017 levels – coming very close to achieving the university’s goal of a 40 per cent carbon footprint reduction by the end of 2030.

Investments in fossil fuel companies, meanwhile, have declined steadily and, as of June 30, represent approximately 1.62 per cent of the value of UTAM’s long-term investments.

“At UTAM, we continue to intensify our focus on responsible investing,” O’Reilly said in a statement. “Divestment from fossil fuel companies and net zero carbon emissions for the endowment are the next steps in the journey that we began in earnest in 2016, when we became a signatory to the Principles for Responsible Investment on behalf of the university’s endowment and pension portfolios.

“Responsible investing is integral to our mission, and we hope that our commitment to divestment and net zero inspires other institutional investors to support the transition to a lower-carbon economy.”

The move to divest from fossil fuels and create a climate-positive campus is just the most recent example of how U of T is playing a leadership role in the fight against climate change.

In 2020, U of T co-founded the “Investing to Address Climate Change” charter, whose signatory institutions commit to curbing the carbon footprint of their investment portfolios in transparent and measurable ways. It is a founding member of the U7+ global network of universities, which is taking steps to reduce GHG emissions on member campuses and encourage students to acquire a deeper understanding of sustainability principles and practices, and is a member of the University Climate Change Coalition, an alliance of universities in Canada, the U.S. and Mexico committed to taking tangible steps to address climate change. U of T is also a founding participant of Climate Engagement Canada (CEC), a finance-led initiative that aims to drive dialogue between the financial community and Canadian corporations to promote a just transition to a net zero economy.

Work is also underway on U of T’s three campuses to reduce greenhouse gas emissions.

In 2019, U of T announced a Low-Carbon Action Plan that aims to reduce its greenhouse gas emissions by 37 per cent by 2030, relative to 1990 levels. In his letter, President Gertler said U of T is “taking this commitment to a new level” with its detailed, fully costed plan to achieve a climate positive St. George campus by 2050.

One of the ways U of T plans to reduce carbon emissions on its St. George campus, which comprises many heritage buildings, is through the construction of Canada’s largest urban geoexchange system under King’s College Circle. Three hundred and seventy-four geothermal boreholes have already been drilled some 240 metres below the planned parking garage underneath Front Campus – part of the Landmark Project. The boreholes will store surplus heat generated by mechanical systems in the summer for use in the winter – effectively using the Earth as a thermal battery. Once completed, the geoexchange field will help curb U of T’s greenhouse gas emissions by an estimated 15,000 metric tons annually.

Efforts are also underway to implement carbon and energy budgets for new buildings and boost the use of renewable energy through projects such as a large off-campus solar farm. University engineers are also taking steps to eliminate fossil fuels as a primary energy source for heating, implement retrofits to reduce building energy needs and electrify the central power plant on the St. George campus.

As well, the university – guided by the Committee on the Environment, Climate Change, and Sustainability – continues to create pathways to involve students in the mission of sustainability. That includes initiatives such as the Living Lab curriculum, where students will be engaged in sustainability and emissions reductions projects on campus.

“Our university community hopes the discussions at COP26 in Glasgow, and at future global gatherings, will accelerate collective action against climate change,” President Gertler wrote in his letter to the university community. “We also hope they will induce governments at home and abroad to adopt ever more impactful policies and programs to speed up the transition to a low-carbon future.

“The success of our local initiatives – in how we decarbonize our investments and our own operations – will depend on such complementary actions. I very much hope that the announcements we are making today will provide further momentum to this vitally important and urgent process.”