Taking on inequality: Richard Florida talks ‘The New Urban Crisis’ at U of T event 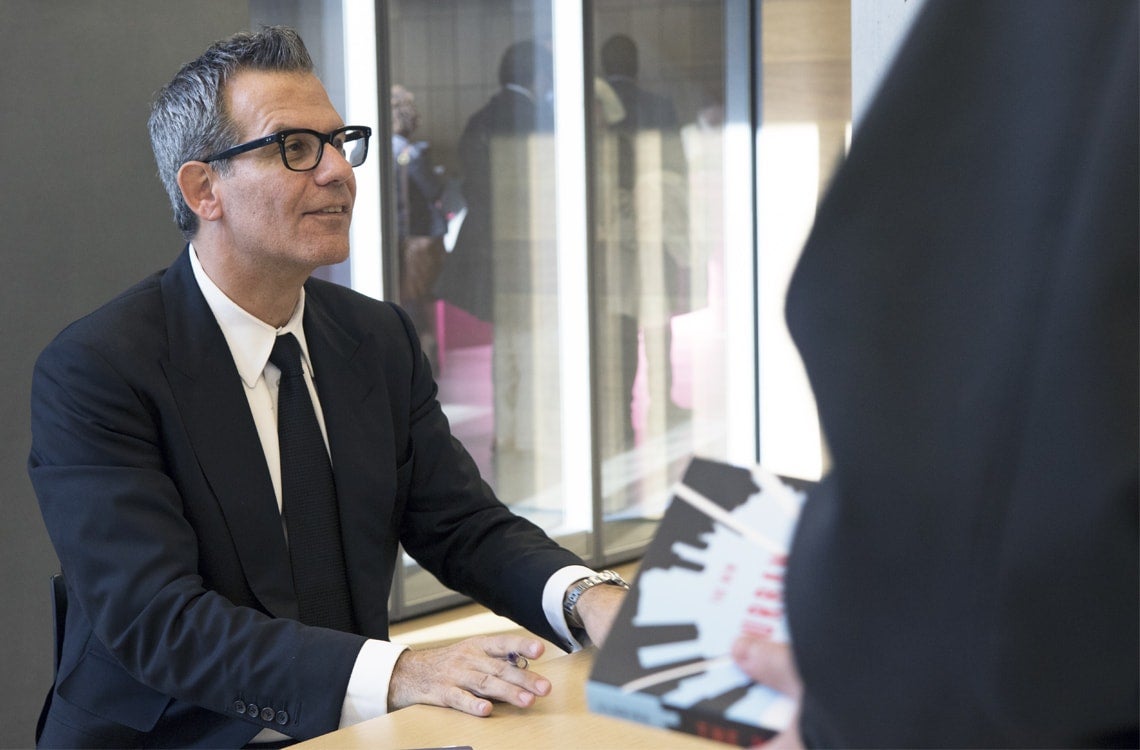 Last week, Toronto Life magazine published an article about an empty, house-less plot of land in the Annex neighbourhood listed for $5 million.

The story might have seemed unbelievable just a few years ago, but many Torontonians have seemingly grown accustomed to sky-high real-estate prices as the city’s decade-long housing boom rolls on.

“These neighbourhoods that were vibrant, middle-class, integrated, cohesive neighbourhoods have been obliterated,” Richard Florida told an audience at Desautels Hall in the University of Toronto’s Rotman School of Management as part of the "Shift Disturbers" speaker series.

Florida, a University Professor and the director of cities at the Rotman School of Management's Martin Prosperity Institute, presented findings from his latest book, The New Urban Crisis, to a full house on Monday.

See highlights of the media coverage of The New Urban Crisis

His 2002 book The Rise of the Creative Class, which stressed the importance of bringing creative professionals – like artists and architects – back to urban centres, was influential in shaping the way that urbanists thought about cities, said U of T President Meric Gertler at the event.

“Its insights have been adopted and applied by policymakers and planners and politicians around the world,” he said. “In hindsight, it also documented the emergence of a dynamic that may now be threatening to undermine the very prosperity we all strive for.”

That threat to prosperity is what Florida tackles in The New Urban Crisis. This new realization started with late former Mayor Rob Ford.

“I wake up one morning and Rob Ford was elected mayor – holy moly! That was the moment. Where did Rob Ford come from?” said Florida.

Ford, he concluded, was a product of a divided city.

“A city where the creative class, my creative class – knowledge workers, professionals, young people, the highly educated the affluent and the advantaged – occupy the area of the downtown core and the areas around the university and Yorkville and of course it extended around the subway stops and of course we have great suburbs around natural amenities like coastlines and waterfronts, green spaces,” he said.

But bringing affluence into the city also meant pushing other groups of people out.

“Those who are pushed outside into the remaining disadvantaged areas of the city that weren't served by transit, were dislocated, or into the far-off periphery, they were growing angry, they were growing anxious,” said Florida. “The city wasn't serving them, it was serving a privileged elite and that's where the germ of the new urban crisis came from.”

Florida draws on an extensive body of research, including that of U of T Professor David Hulchanski who studies the divides caused by economic and social inequality.

In the years following Ford's election, it became evident the same problems were arising in cities all over North America. That same anger from those who felt left behind, Florida said, also elected Donald Trump.

This “winner-take-all” urbanism sees a small group of urban centres thriving while others fail to catch up.

“In Canada, the five largest metros produce 50 per cent of GDP,” said Florida.

Cities are grappling with housing affordability, the suburbs are becoming more impoverished and urban slums are popping up all over the world, he said.

But there are solutions to this urban crisis. Florida suggests that cities like Toronto should become more dense rather than depend on suburban sprawl, they should commit to building affordable rental housing, invest in public transit and pay service workers more to rebuild the middle class.

“What the book tries to do is create a narrative and really make the case to mayors and urban leaders, city builders, that this is the kind of framework we need,” Florida said.

“The only way we are going to grapple with this is to put power in the hands of local people.”