Overseeing a ‘small city’: Claire Kennedy reflects on her time as chair of U of T's Governing Council 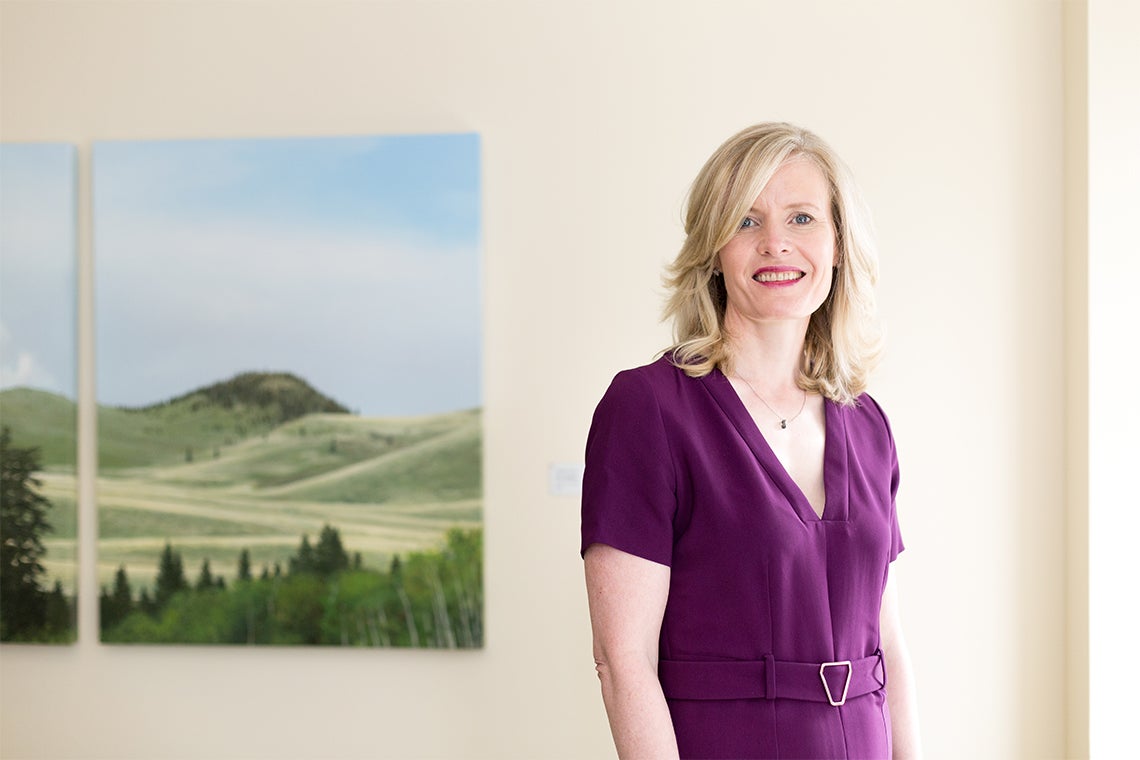 Claire Kennedy is no stranger to board rooms – she serves as lead director of the Bank of Canada and as chair of Neo Performance Materials Inc. – but she says the University of Toronto’s Governing Council is in a class of its own.

As the council’s outgoing chair, Kennedy says the body charged with overseeing governance of Canada’s top university is larger, more complex and uniquely tasked with overseeing an institution akin to, as she put it, a “small city.”

“The governance of U of T is one of its institutional strengths,” says Kennedy, a U of T alumna and senior adviser, clients and industries, at law firm Bennett Jones LLP.

“The five estates of faculty, staff, students, alumni and LGIC members [members appointed by the Lieutenant-Governor in Council] are all represented. There are equal numbers of internal and external representatives and no single constituency has a majority on the board.”

Kennedy was first appointed to Governing Council in 2012 and has served as chair since 2017. Her final meeting as chair will take place on June 24.

Her tenure has encompassed major milestones for U of T, including adoption of the Four Corners strategy, and the completion of the Boundless fundraising campaign in 2019. The campaign, which raised $2.641 billion for the university, surpassed its expanded goal and set a record for Canadian philanthropy. Since last spring, Kennedy has also guided the Governing Council’s response to the pandemic, which challenged the university to adapt quickly to unprecedented circumstances.

“The University of Toronto has been incredibly fortunate to have someone as skilled and accomplished as Claire Kennedy serving on Governing Council for the past nine years, including four as its chair,” said U of T President Meric Gertler.

“We are forever grateful for her exemplary service to the university community.”

Kennedy says she never imagined that, due to the COVID-19 pandemic, a Governing Council meeting in February of 2020 would be the last she would physically chair in Simcoe Hall.

“It’s definitely bittersweet,” Kennedy said. “I’ve considered it such a privilege to have served as a governor at U of T for nine years and to have been chair. It’s been a big part of my life, and I will be sad to conclude my term.”

“At the same time, U of T is so much bigger than any individual chair or governor. It is such an institution of quality, with talented faculty, staff and students, and I know it’s going to go on to continued success.”

Kennedy’s engagement with the university community stretches back decades. She earned a bachelor of applied science in chemical engineering and applied chemistry from U of T’s Faculty of Applied Science & Engineering, then went on to earn a law degree from Queen’s University. From there, she began her career as a leading tax lawyer.

A past president of the Engineering Alumni Network, Kennedy serves on the dean’s advisory board at U of T’s Rotman School of Management and was a member of the dean’s strategic development council and campaign cabinet executive at U of T Engineering.  She has been heavily involved in U of T alumni projects, and notably founded BizSkule, now Disruptors & Dilemmas, one of U of T Engineering’s most successful alumni outreach programs. She was recognized with an Arbor Award in 2007 and a Malcolm F. McGrath Alumni Achievement Award in 2013 for her volunteer service to U of T.

Kennedy says she will look back fondly on the collegiality, accessibility and breadth of excellence that are hallmarks of the U of T experience. She noted that the university has consistently ranked among the top universities in the world and been recognized in particular for the employability of its graduates – all while making a U of T education accessible to as many people as possible.

“I think it’s extraordinary that U of T is a public university with private peers,” Kennedy says. “What an engine it is for inclusive prosperity in our society. Many people don’t stop to think about how Canada, with a population of just 37 million, has one of the best public universities in the world.”

Kennedy added that she's confident that U of T will continue to prioritize access to education in the years to come.

In its 2021-2022 budget, for example, U of T earmarked $291 million in regular financial aid, which is about 58 per cent more financial aid per student than is offered by other Ontario universities. The funding is designed to ensure no domestic student who is accepted to a U of T program is prevented from pursuing their studies because of a lack of financial means.

Above all, Kennedy says it was the strength of U of T’s community that made her time as chair of the Governing Council special. She praised the secretariat that supports the council and the student governors, who she says provide invaluable perspectives.

The U of T spirit has shone through during bright and dark times, Kennedy recalls.

She says she cherished being at the ribbon-cutting ceremony for the Myhal Centre for Engineering Innovation & Entrepreneurship, and she was moved by the solidarity expressed during a memorial for the victims of Ukraine International Airlines Flight 752, which included eight members of the U of T community. She is also proud of helping to pass the university’s mandated leave policy, which provides the university with a tool to help students who display behaviour indicative of extreme mental health challenges or serious health issues without resorting to punitive, disciplinary measures.  It's just one of the ways in which the university is continuing to provide support for student mental health, she says.

Most recently, U of T’s response to the COVID-19 pandemic has been “an extraordinary story of resilience and perseverance,” Kennedy says.

She says she’s looking forward to seeing U of T’s three campuses come back to life, but adds that some of the benefits of remote engagement – like convenient, virtual counselling appointments – will be here to stay.

As for her own post-pandemic, post-Governing Council plans, Kennedy hopes to continue pursuing an item on her personal bucket list: exploring regions of the world located north of the Arctic Circle.