Ontario to boost number of STEM grads, with a focus on AI, to attract Amazon and others 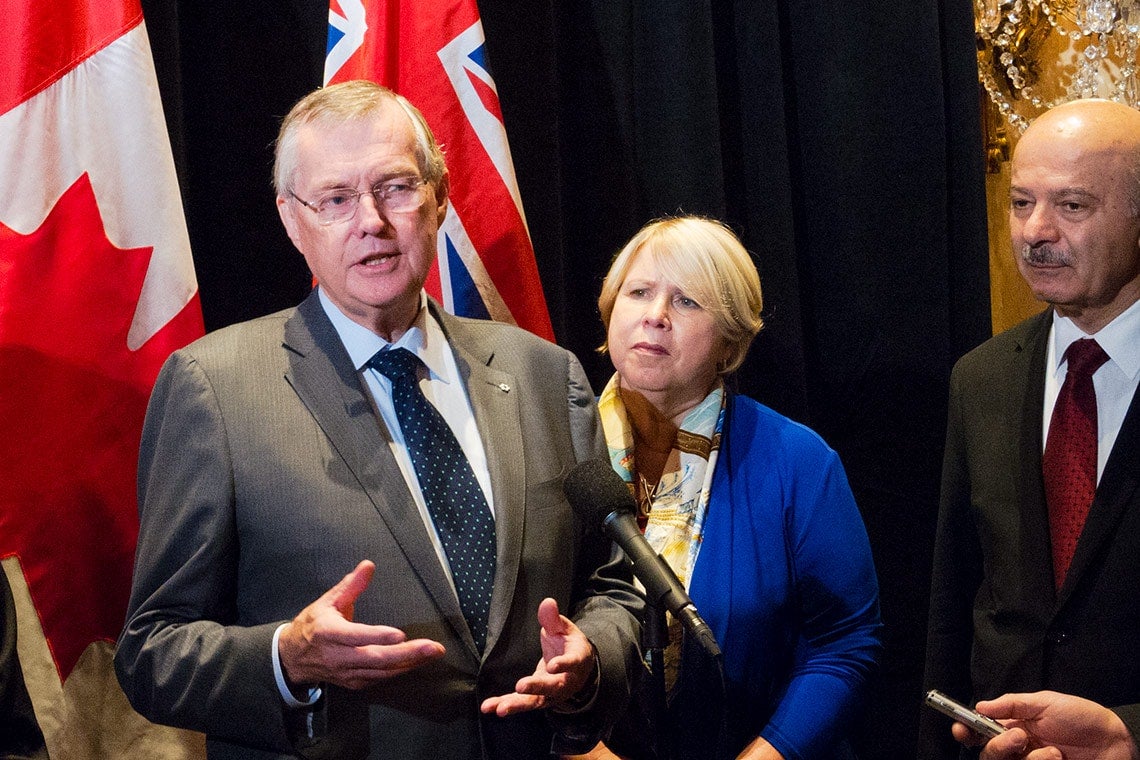 Ontario is planning a 25 per cent increase in the number of STEM graduates over the next five years, and will give $30 million to the Vector Institute to boost the number of artificial intelligence grads to 1,000 annually – all part of an effort to lure online retail giant Amazon and other foreign tech companies to the region.

The commitments were announced Wednesday in advance of a speech by Ed Clark, a former TD Bank CEO who is heading up the province’s bid to land Amazon’s second North American headquarters – dubbed HQ2 – and the 50,000 high-paying jobs expected to come along with it.

“The core of the province’s commitment is a major increase in the number of science, technology, engineering and math students that will graduate every year from Ontario’s world-leading universities,” Clark told attendees at a breakfast event held by the Canadian Club of Toronto.

“That includes a major expansion in the number of specialists we produce in artificial intelligence, which is in vital demand from companies engaged in the knowledge economy.”

Clark, who is also chair of the board at the Vector Institute – a partnership between the University of Toronto, the province and the federal government – hastened to point out that Ontario’s pledge to boost STEM grads to 50,000 a year from 40,000 today is not contingent on a successful Amazon bid.

“These changes will take place whether the company comes to Ontario or not,” he said. “We believe the best thing we can do for our future is to bet big on education and talent.”

Ontario's STEM announcement came a day after Times Higher Education released its latest subject rankings, which showed U of T among the best in the world when it comes to computer science, engineering and technology. U of T placed 22nd in computer science among 300 universities surveyed worldwide and 29th in engineering and technology out of 500 universities, making it among the top 20 publicly funded universities in the world in both subjects.

As for the pledge to train 1,000 master’s-level AI grads annually, Clark said the Vector Institute will use the province’s $30 million investment “to help with that ramping up, or for scholarships for people going to those programs.”

He added that Vector “will look not only to the University of Toronto and the University of Waterloo as natural partners in this endeavour, but to universities across the province to find the best way to meet this target.”

Amazon generated a flurry of interest from cities across North America when it revealed in early September that it was planning to build a second headquarters and was putting out a public request for proposal. Among its requirements: a business-friendly metropolitan region of more than one million that boasts a talented workforce, top-notch universities and a high quality of living.

Read about how Toronto meets or exceeds Amazon's wish list

Read about how Amazon would anchor the Toronto-Waterloo tech corridor

In return, Amazon pledged it would invest about $5 billion into its new home, hire as many as 50,000 people, and make HQ2 a "full equal" to its current Seattle headquarters.

The deadline for applications is this week.

While some U.S. cities are expected to lavish the online retailer with huge tax breaks and other subsidies, the Ontario approach is focused on doubling down on what it believes is its main draw: an abundance of talented workers and great post-secondary education institutions to produce even more of them.

“When you look at the talent increase that we’re providing – the increase to the pipeline we’re going to be growing – that’s really what our bid sits on.”

Clark even went so far as to say that, if politics were taken out of the equation – meaning if Amazon CEO Jeff Bezos is unconcerned about a possible backlash from the Trump administration should he choose a location outside the United States – Ontario would win the Amazon sweepstakes because it would save the company an estimated $1.5 billion in labour costs. Why? Clark said it was 30 per cent cheaper to hire a software programmer in Ontario than in New York or Boston. That's presumably because of factors like the lower Canadian dollar.

“I don’t think there’s any doubt Ontario’s the place where you put your second headquarters,” he said.

Regardless of Amazon's decision, Duguid said the province’s goal is be the top producer of STEM grads in North America (it's currently the No. 2-ranked jurisdiction), attracting companies from around the world.

“Whatever Mr. Trump decides to do is not ultimately going to decide our fate,” Duguid said. “Our fate will be decided by what we do together – working with the business community and post-secondary institutions to build the best talent anywhere in the world today.”