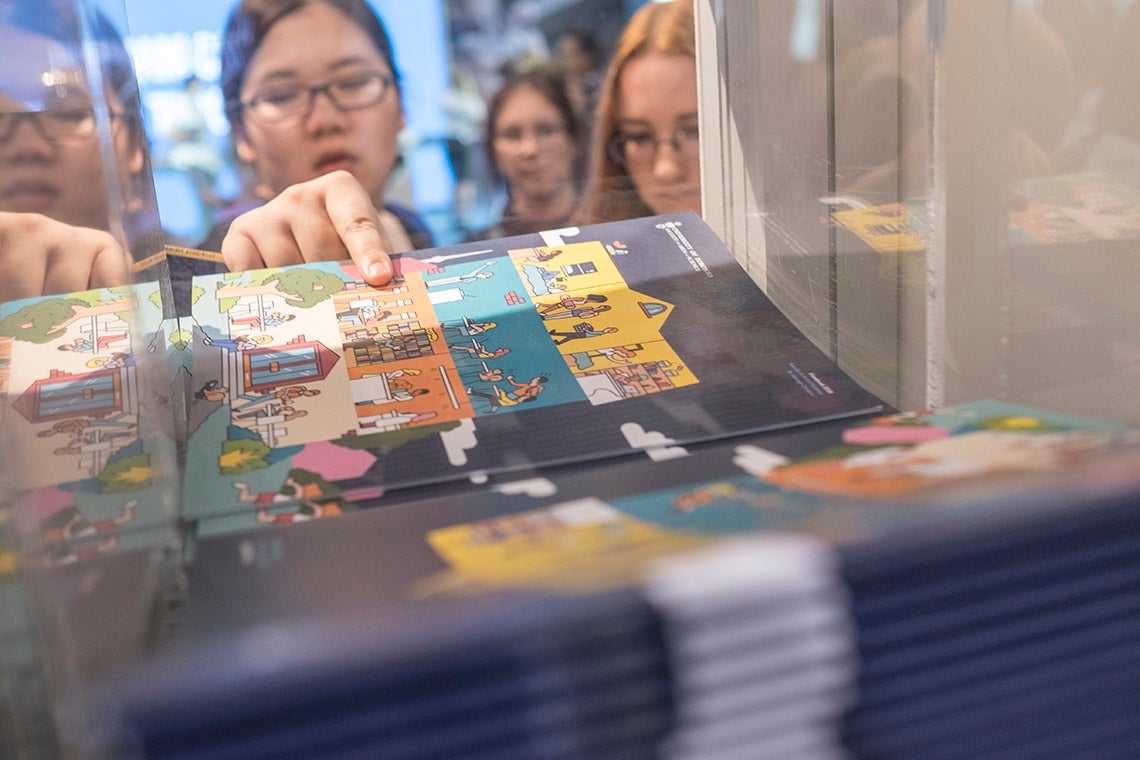 A visitor picks up promotional material at the U of T exhibitor booth at last fall's Ontario Universities' Fair. More Ontario high school students, domestic and international, ranked U of T first in applications (photo by Geoffrey Vendeville)

The share of Ontario high school students applying to university who made the University of Toronto their top choice is the largest in more than a decade, with the number of applicants ranking U of T first up by 4.1 per cent over last year.

About 16.2 per cent of applicants from Ontario made U of T their No. 1 choice – the highest share since 2003. The preliminary results were released this week by the Ontario Universities’ Application Centre.

U of T has benefited from its status as one of the top universities as measured by major international rankings, says Ken Withers, director of U of T's office of student recruitment. The university is first in Canada and among the top 30 universities in the world in major rankings, including the QS World University Rankings and Times Higher Education.

“Students and parents are more and more savvy about looking for value for their education dollar,” Withers says. “We're so highly ranked in so many program areas, ranging from the humanities, to social sciences, engineering, Rotman commerce and more. Students are saying, ‘If I'm going to university, I  want to go to one of the best.’”

It's an especially good sign, Withers says, since demographic pressures, such as falling fertility rates across the country since the baby boom, have meant universities are competing in an increasingly crowded marketplace.

The good news for U of T doesn't just cover Ontario high school students, Withers adds. “We're seeing growth in virtually every market,” he says, including a significant increase in applicants from British Columbia.

Withers says his office has taken a different approach to recruiting at the Ontario Universities’ Fair, having created specific material for the event that attracts an estimated 135,000 prospective students over three days in the fall. The office has also made changes to its website and messaging.

However, the results aren’t due to the work of a single department of the university, he says, but to the efforts of the tri-campus U of T community as a whole.  “All we do is make sure the messaging is consistent, but it’s the university community that’s really reinforcing our reputation.”