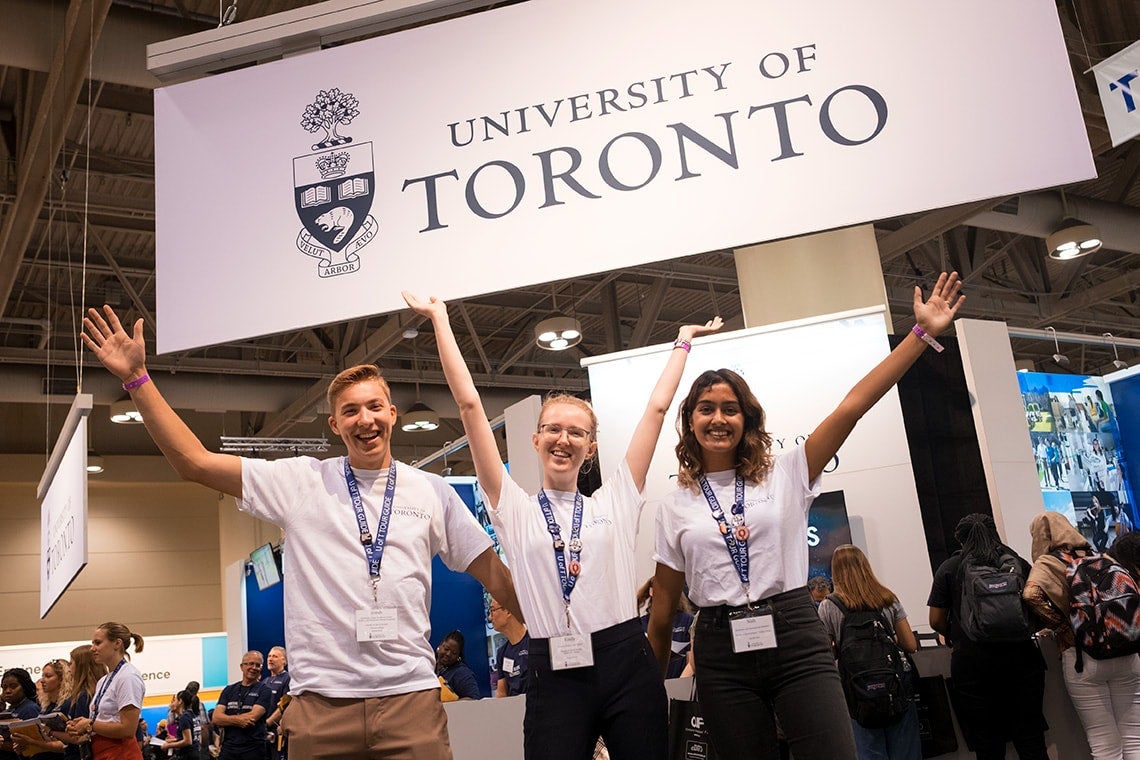 The most common question Josh Tejolan gets at the Ontario Universities’ Fair is if he likes it at the University of Toronto.

The short answer: Yes. The reason? “I love the feel of the university being its own little city within the city,” the fourth-year student said.

Tejolan was at the Metro Toronto Convention Centre on Friday with other students, faculty and administrators to answer the questions of prospective students and their families. As a seasoned campus tour guide, he knows his stuff. He has often taken visitors around the downtown Toronto campus, introducing them to the university's seven colleges, its residences and facilities.

The highlight of the tour is usually the Thomas Fisher Rare Book Library in Robarts Library, he said. The collection is home to 740,000 rare volumes, including handwritten manuscripts of alumna Margaret Atwood's The Handmaid's Tale.

“Everyone’s always kind of amazed when they walk in,” he said. “You hear, ‘Wow’ and a lot of gasps.”

More than 135,000 people are expected to visit the fair, which runs until Sunday. U of T’s booth is the “the most popular by far,” said Ken Withers, director of the office of student recruitment.

Each of Ontario’s 21 universities has an exhibitor booth, but U of T stands out partly because it offers a unique global experience, he said.

“We have a huge complement of students from all over the world, and that’s attractive to students here in Ontario who may not have the opportunity always to travel.”

In fact, about one in five students across the university is an international student.

Students “get a [global] experience in classrooms and in the co-curricular parts of the school that they’re not going to see at every university,” Withers added.

Another big draw is the flexibility of programs, he said. U of T offers more than 700 to choose from. 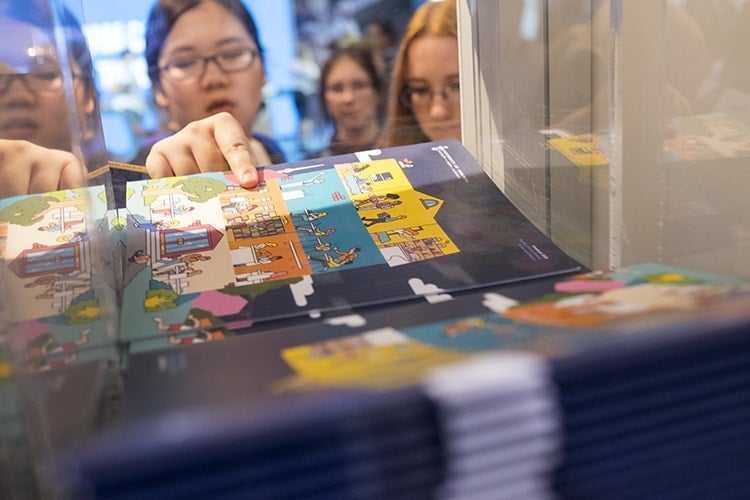 Visitors to U of T's exhibitor booth can chat with current students, faculty and administrators to get a better sense of Canada’s top-ranked university, also one of the top-10 public universities in the world, according to a recent Times Higher Education ranking. They also receive a badge that they can scan at the booth, which allows the university to send students more information tailored to their specific interests.

But to really get to know U of T, students and their families are encouraged to see the campus for themselves. There is no better time to visit than Fall Campus Day, open houses at the downtown Toronto campus (Oct. 21), U of T Mississauga (Oct. 22) and U of T Scarborough (Nov. 18).

“The three great campuses are fully developed,” Withers said. “There is no satellite campus. Each one has unique spaces and its own strengths.”

By the end of their visit, prospective students should have a good idea of whether U of T is right for them. “We want them to come to the university, have a great experience and be very successful,” Withers said. "They’re going to do that if they find a great fit, and this is the first step towards that journey.”