Look up! Check out U of T’s musical exploration of the night sky and these other Nuit Blanche events 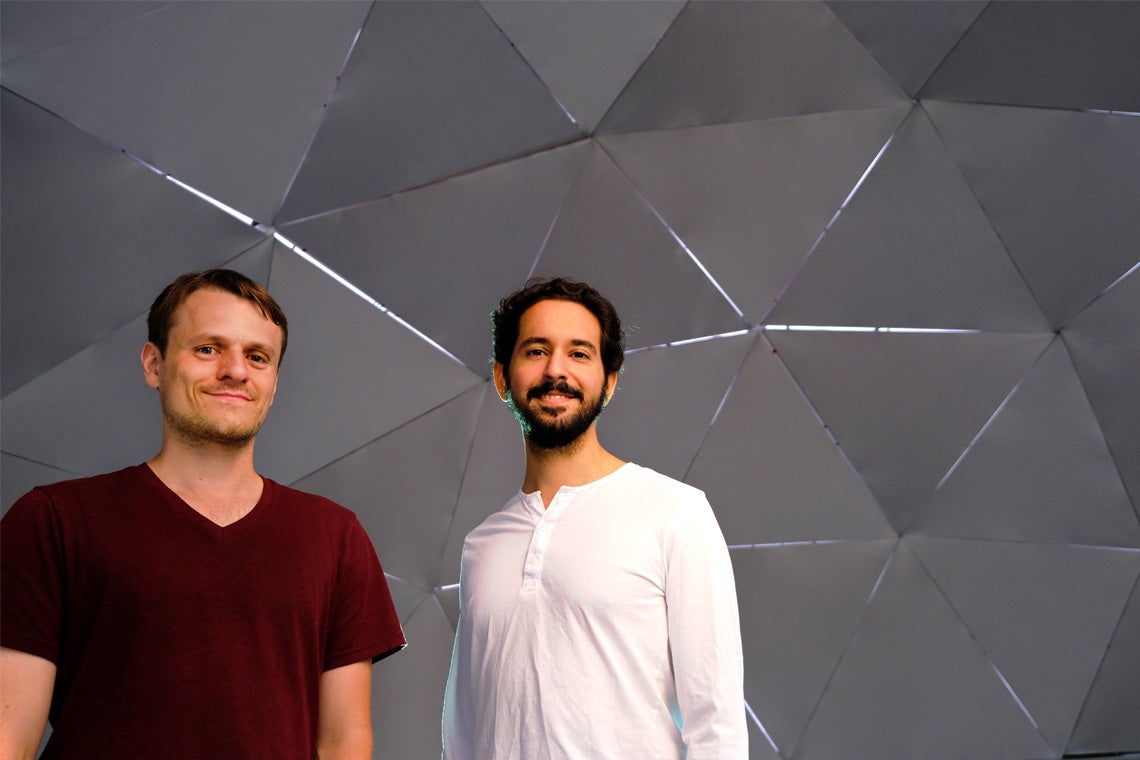 Imagine a time in Toronto before city lights and skyscrapers, when you could look up and see the night sky, bright with stars and planets.

Matt Russo wants to give Torontonians a taste of what the city was like before light pollution with his One Sky installation at this year’s Nuit Blanche, the all-night art festival that begins on Saturday evening.

The astrophysicist and planetarium operator at University of Toronto’s Dunlap Institute for Astronomy & Astrophysics in the Faculty of Arts & Science has teamed up with the institute and his friend and bandmate Andrew Santaguida to build an outdoor planetarium where you can see – and hear – the night sky.

“The night sky is something that can unite everyone,” says Russo. “Everyone has access to the same sky and every culture realized that early on. They wanted to understand the motions of the night sky and what it means for them.

“With this exhibit, we're trying to bring together all those experiences into a unified whole.”

Not only will people visiting the installation be able to see the twinkling stars, they’ll be able to hear them too. One Sky comes out of the musical venture SYSTEM Sounds, whose members include Russo, Santaguida and Dan Tamayo, a postdoctoral researcher at the Canadian Institute for Theoretical Astrophysics and the Centre for Planetary Sciences at U of T Scarborough. The group creates music out of the movements of the universe.

“The music is out there,” Russo previously told U of T News. “I'm just finding a way to make it audible. It's kind of like there's an electric guitar in space and I'm plugging in the cable.”

Russo is particularly interested in providing people who are partially sighted and blind an opportunity to experience the universe through sound. He’s been working with various groups including the Canadian Council of the Blind over the past year to fine tune that experience.

Earlier this year, Russo made headlines with his planetarium show Our Musical Universe, which gave attendees a multi-sensory experience of the cosmos. One Sky aims to do this on a larger scale.

“This is the main event,” says Russo.

Read more about Our Musical Universe

Replicating the sights and sounds of the universe for Nuit Blanche was no easy task, says Russo.

“There's no outdoor dome in Toronto so we had to build our own,” he says. “That meant we had to learn everything about geodesic domes and projections.”

The geodesic dome is built out of PVC pipes assembled in geometric shapes, making the structure light but strong.

Russo, Santaguida and a group of Dunlap volunteers are also going to have to find novel ways to power through the all-night event.

“We have to be there all of Friday putting it up, and then Saturday overnight and then Sunday taking it down,” says Russo.  “I'm going to make sure we have plenty of pillows and sheets in the lounge so we can sneak away and take little power naps throughout the night.”

Check out One Sky at the Dunlap courtyard on 50 St. George St.

There’s more to explore at Nuit Blanche. Grab another cup of coffee and head over to these installations created by U of T community members:

Faculty of Medicine student Angela Qin’s sculpture The Doctor’s Bag(gage) will be featured as part of the Not Just Tourists Toronto installation. Qin is raising awareness about the rising rates of burnout and suicide among health-care professionals.

Two artists at the University of Toronto Scarborough are fusing sound design, engineering and art in a two-part exhibit called Long Distance Relationship. The installation connects people at the Campbell House Museum in downtown Toronto with visitors at the Scarborough Civic Centre, eliminating the “stigmas that separate us,” says one of the artists.