Faculty, alumni, other members of U of T community named to Order of Canada 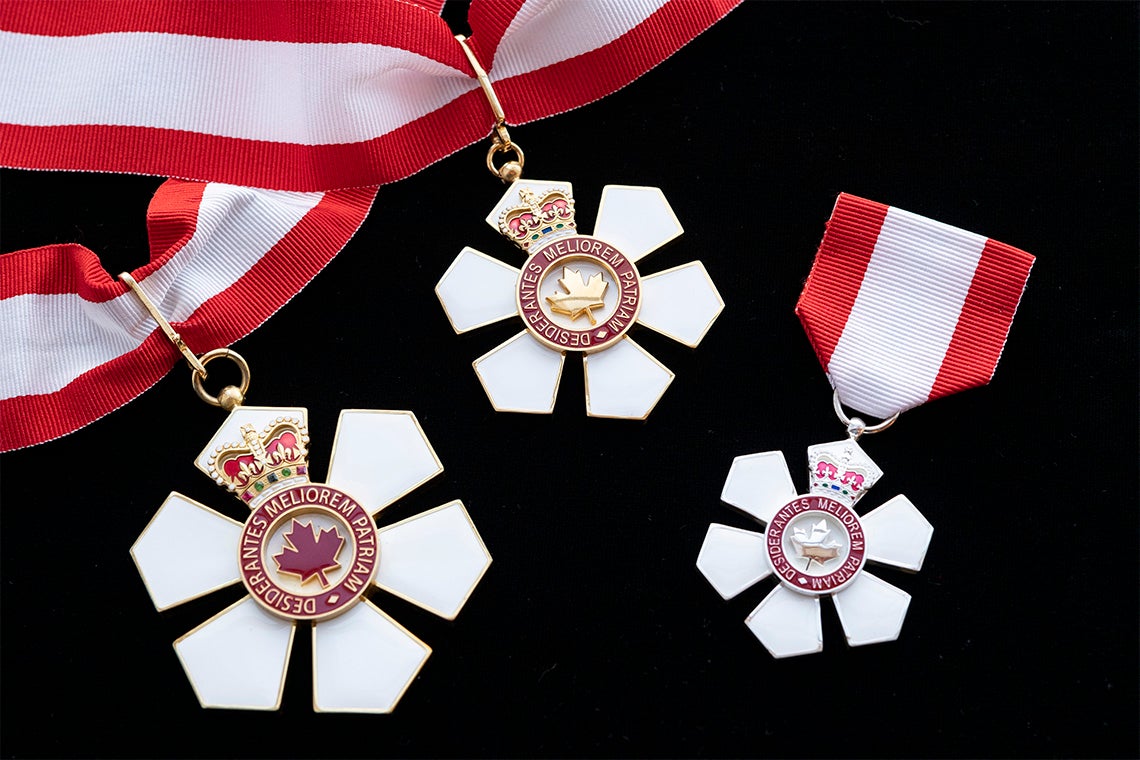 The first woman to serve as dean of the University of Toronto’s Faculty of Applied Science & Engineering. A former federal minister of foreign affairs and minister of national defence. A family physician who advocates for the homeless, drug users and other marginalized groups. A world-leading astrophysicist.

These are just a few members of the U of T community – faculty, alumni and supporters – who have been appointed to, or promoted within, the Order of Canada in its latest round. Presented by the governor general, the Order of Canada is one of the country’s highest civilian honours and recognizes people whose service, innovations and compassion shape Canadian society, foster imagination and unite people and communities.

The latest list of Order of Canada appointments and promotions was announced Friday by Governor General Julie Payette, herself a U of T alumna. It includes Professor Cristina Amon, who was the first female dean of U of T’s Faculty of Applied Science & Engineering; University Professor Eugenia Kumacheva, an expert in polymers and nanoparticles; Bill Graham, the chancellor of Trinity College; Associate Professor Philip Berger, a family physician and a longtime advocate for vulnerable patients; and Sara Seager, an astrophysicist who recently played a role in a discovery that points to potential life in the atmosphere of Venus. 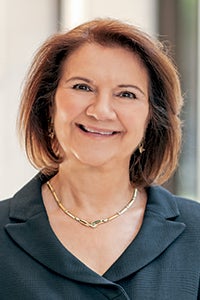 Cristina Amon, a professor of mechanical engineering and dean emerita of U of T’s Faculty of Applied Science & Engineering, was named a Member of the Order for her contributions to the advancement of the field of engineering, and to research and innovation across Canada. Under her leadership, Canada’s top-ranked engineering school has become a global hub for inter-disciplinary research and education. Her commitment to outreach and diversity led to the number of women faculty members at U of T Engineering doubling in the last decade and the number of women enrolled as first-year undergraduates exceeding 40 per cent in recent years.

Philip Berger, an associate professor in the department of family and community medicine in the Temerty Faculty of Medicine, was named an Officer of the Order in recognition of his longstanding efforts to bring the social determinants of health to the forefront of medical care and for his strong advocacy on behalf of vulnerable patients. Berger, who was named to the Canadian Medical Hall of Fame in 2017, co-founded the Toronto HIV Primary Care Physicians Group and established the HIV Project Centre Primary Care Mentor Program.

Allan Borodin, University Professor in the department of computer science in the Faculty of Arts & Science, was named a Member of the Order in recognition of his expertise in theoretical computer science and for his development of nationally recognized computational models and analyses. Borodin is a fellow of the Royal Society of Canada, a fellow of the Association for Computing Machinery (ACM) and a recipient of the 2008 CRM-Fields-PIMS Prize, and was awarded a Lifetime Achievement Award by the Canadian Association of Computer Science. 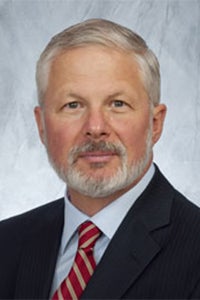 James Drake, a professor of surgery in the Temerty Faculty of Medicine and surgeon-in-chief at the Hospital for Sick Children, was named a Member of the Order for his leadership in the field of pediatric neurosurgery and for his contributions to the treatment of complex childhood disorders. Drake is a senior associate scientist at the SickKids Research Institute, leads the Centre of Image Guided Innovation and Therapeutic Intervention and is co-lead of the Centre of Excellence in Image Guided Care. He is also co-director of the Centre of Mathematical Medicine at U of T’s Fields Institute.

Bill Graham, the chancellor of Trinity College and former federal minister of foreign affairs and minister of national defence, was promoted to Officer of the Order in recognition of his sustained contributions to politics and academia, and for his philanthropic endeavours. He earned his honours bachelor’s degree in modern history as a member of Trinity and, in 1964, received his law degree – winning the gold medal – from U of T. He also taught at the Faculty of Law before being elected to parliament. 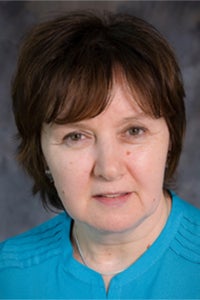 Eugenia Kumacheva, University Professor in the department of chemistry in the Faculty of Arts & Science and an expert in polymers and nanoparticles, was named an Officer of the Order in recognition of her contributions to chemistry, notably through microfluidics and polymer research, and for her efforts as an advocate for women in science. A Canada Research Chair in Advanced Polymer Materials and fellow of the Royal Society of Canada, Kumacheva’s research has been backed by the Natural Sciences and Engineering Research Council of Canada, the Connaught Fund, and the L’Oreal-UNESCO Women in Science Award, among others.

Marietta Orlov was an associate professor in the piano performance department at U of T’s Faculty of Music and a major donor to the university. She died on Nov. 7, 2020 at age 88. Orlov was named a Member of the Order for her lifelong contributions as a piano pedagogue and for her enduring devotion to the next generation of Canadian musicians.

Martha Billes, business leader and controlling shareholder of Canadian Tire who graduated from U of T in 1963, was named an Officer of the Order for her achievements in business and for her philanthropy, notably through the creation of Canadian Tire Jumpstart Charities, a nationwide foundation dedicated to providing access to sport and activities to disadvantaged children.

William Blaikie, a former member of the House of Commons who graduated with a master of divinity degree from Emmanuel College, Toronto School of Theology in 1977, was named an Officer of the Order in recognition of his lifelong contributions to parliamentary service, and for his steadfast commitment to progressive change and social activism.

Philip Michael Epstein, a distinguished litigator and founding partner of Epstein Cole LLP, was named a Member of the Order for his leadership in Canadian family law and for pioneering programs in dispute resolution now emulated across the country. Epstein earned his law degree from U of T’s Faculty of Law in 1968.

Marcia Kran, an expert in criminal law and human rights law and member of the United Nations Human Rights Committee, was named an Officer of the Order in recognition of her contributions to the advancement of international human rights and development, and for her steadfast advocacy of democratic governance. Kran graduated from U of T with a master’s degree in political science in 1989.

Lucy Lynn McIntyre, a professor emerita in the department of community health sciences at the University of Calgary, was named a Member of the Order in recognition of her influential research on health equity and food insecurity, and for her contributions to public health policies in Canada. McIntyre earned a medical degree and a master of health science degree from U of T, where she also completed residency training in community medicine.

Sarah Milroy, who, along with her husband Thomas Milroy, donated to the Miner’s Lamp Innovation Fund in support of research into the prevention and early detection of severe mental illness at U of T’s department of psychiatry, was named a Member of the Order for her promotion of Canadian art and artists as an editor, publisher, critic and curator.

Peggy Nash, a former member of parliament and senior labour leader, was named a Member of the Order in recognition of her contributions to women’s employment equity, human rights and gender representation in all levels of public office. Nash earned a bachelor's degree from U of T as a member of Victoria College.

John David Runnalls, former president of the International Institute for Sustainable Development, was named an Officer of the Order in recognition of his decades-long commitment to promoting environmentally sustainable development around the world. He graduated from U of T’s Faculty of Arts & Science in 1966 as a member of Victoria College, with a bachelor of arts in political science and economics.

Sara Seager, who graduated with an honours bachelor of science from the Faculty of Arts & Science in 1994 as a member of University College, was named an Officer of the Order in recognition of her multidisciplinary research that has contributed to transforming the study of extrasolar planets into a full-fledged planetary science. Seager is one of the world’s leading astrophysicists and author of the critically acclaimed memoir The Smallest Lights in The Universe.

Peter Warrian of the Munk School of Global Affairs & Public Policy was named a Member of the Order in recognition of his expertise as a lead researcher in the Canadian steel industry, and for his philanthropic contributions to international health issues. Warrian has donated in support of the Christianity and the Arts course at St. Michael’s College, the Canadian Studies Interdisciplinary Prize and the Peter Warrian Graduate Award.

Kenneth Wilson, an associate professor at Dalhousie University's Faculty of Medicine who earned his medical degree from U of T, was named a Member of the Order for his nationally recognized expertise in reconstructive and plastic surgery, and for his volunteer work on international medical missions.

Two recipients of honorary degrees from U of T were named Companions of the Order of Canada.

Monique Begin, who received an honorary degree from U of T in 1998, was promoted to Companion of the Order “for her lifelong contributions to public health, education and global human rights, and for consistently strengthening Canada’s international reputation in these fields.”

Mark Tewksbury, an Olympian who received an honorary degree from U of T in 2019, was named a Companion of the Order “for his athletic excellence and sport leadership, and for championing equity, inclusion and human rights, both on and off the field of play.”

Did we miss anybody? If you know of an Order of Canada honouree with ties to U of T who was announced in this latest round but isn't mentioned above, please let us know at uoftnews@utoronto.ca.