Designing for hurricanes and floods: U of T students draft urban planning solutions for a Florida county 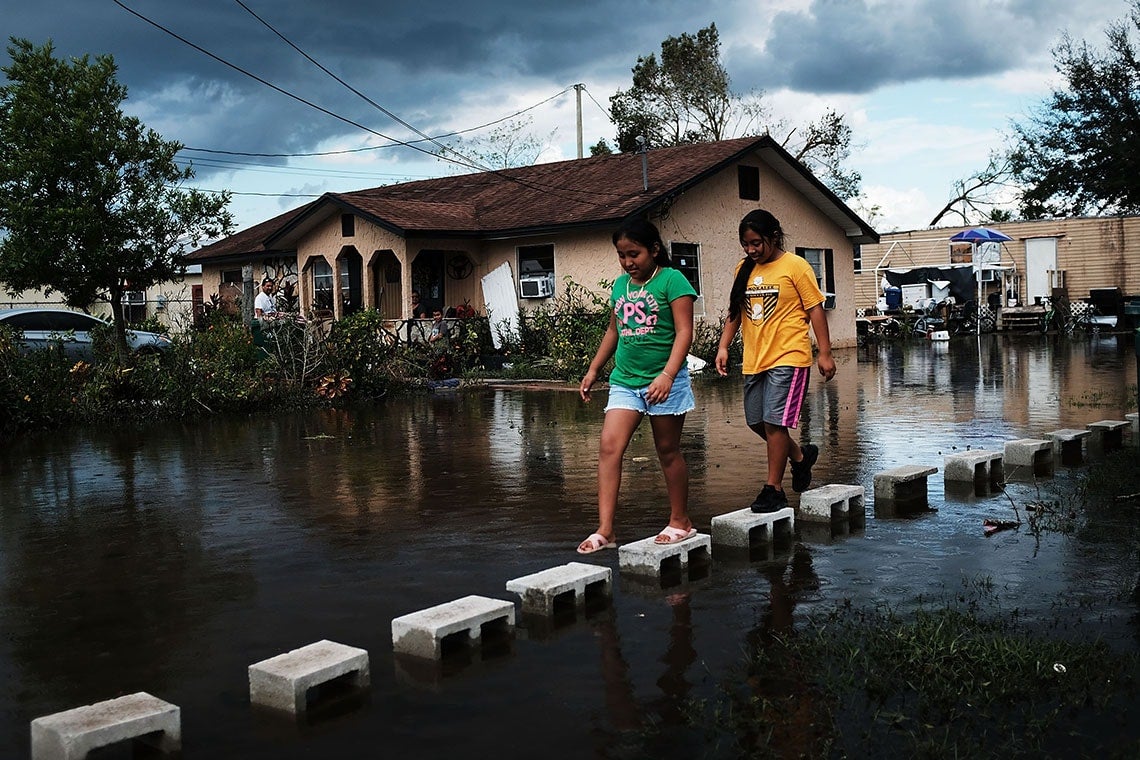 Children walk through flooded streets Immokalee, Fla., after Hurricane Irma. A U of T class is looking at urban planning solutions for flooding and storm surges in a Florida county, just north of Miami (photo by Spencer Platt/Getty Images)

The class is made up of third-year master's students at the John H. Daniels Faculty of Architecture, Landscape, and Design

Tackling an issue straight from the headlines, a group of 19 graduate students from the University of Toronto are looking at flooding in a Florida county and suggesting ways to address rising water levels, hurricanes and development in flood-prone areas.

It’s timely given that Hurricane Irma hit Florida this past weekend.

Even before this year’s monster-sized hurricane, landscape architect, planner and urban designer Fadi Masoud had been working with Broward County alongside the Massachusetts Institute of Technology (MIT), on large-scale environmental issues, and the role of planning policies and tools.

This semester, the assistant professor at the John H. Daniels Faculty of Architecture, Landscape, and Design is charging his graduate-level class to come up with design and zoning solutions for the county, which sits just north of Miami. 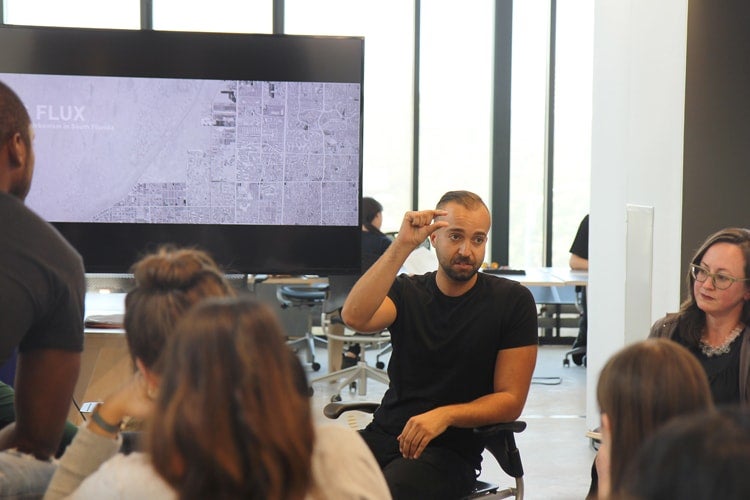 On the first day of class this week, he moved through a power-point presentation filled with graphs of changing water levels, views of the region’s complex stormwater management system of levees and canals, and aerial shots that clearly show how Florida’s key east coast cities face flooding problems with the Atlantic Ocean on one side and the swampy Everglades on the other.

He told the class that a report last month showed sea levels rising six times faster than average. The problem has been exacerbated with rising sea levels leading to saltwater entering into canals and destroying vegetation. It’s a region he described as being trapped between the political rhetoric of climate change skepticism, developers not responsibly addressing rising water levels and operating with a “laissez-faire, Wild West mentality,” and local officials who are desperate for solutions.

“Luckily enough this didn’t pan out to be the disaster that it was supposed to be,” Masoud said of Irma. “But the chances of this happening soon are not all that low. None of this is resilient or adaptable. This is going to flood. If one of those gates, pumps, canals fails, this place is just awash.”

And with that he painted a pretty dire picture of the problem at hand. But, he added, there’s a silver lining.

“Working with a city government, such as Broward County’s Environmental Protection and Growth Management Department, that thinks really progressively and is hungry for help from a design perspective has been really rewarding,” he told the class. “For example, some of the student work we proposed last year, at least three or four project ideas have already been adopted as implementation strategies. You being in a design school and in an academic setting, you have the luxury of thinking big and thinking ambitiously.”

The class, which is also taught by Assistant Professor Elise Shelley, who has experience studying the issue in Louisiana after Hurricane Katrina, will spend the next few months designing creative urban solutions for Broward. 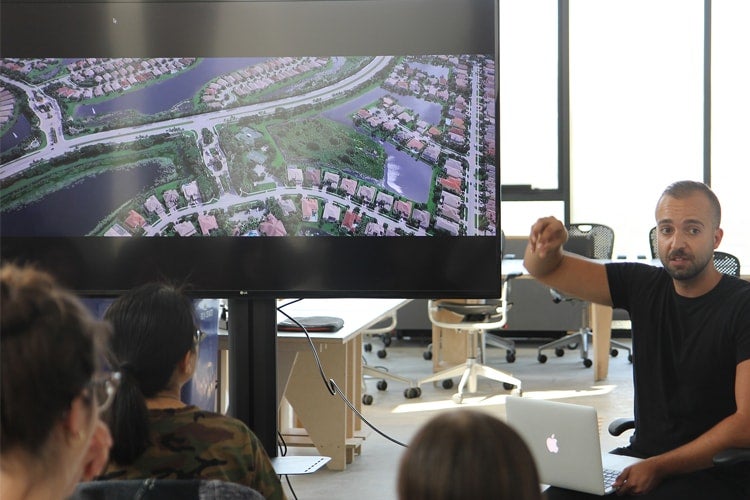 The students will be visiting the region in November – after hurricane season has passed – where they will meet with county and regional officials, and engineers tackling the problem. The students will consider options such as adding parkland and open space networks that can act as both civic and physical infrastructure, expanding mangrove forests as a way of protecting from storm surge and incentivizing development on high grounds.

In December, Masoud will be presenting some of the work to a regional climate summit. The students are also being asked to come up with new approaches to fixed zoning codes for a region that rocks back and forth between dry spells and streets flooded by king tides, triggered when the moon is closest to the Earth.

Alexandra Lazarevski and Leslie Norris are both third-year master’s students in the landscape architecture program. They chose to take the problem-based class after hearing Masoud present recently.

Lazarevski said it’s also interesting to hear how the political challenges south of the border are also playing a role in the issue.

“With everything that’s going on now with climate change and water levels getting higher, we’re going to see the impacts,” she said. “The political challenge adds another layer to the situation.”

Shelley, an architect and landscape architect, compares what is happening in Florida to what happened in Toronto after Hurricane Hazel in 1954.

It triggered the creation of the Toronto and Region Conservation (TRCA), a planning initiative that determined places that shouldn’t be developed in the city, creating a lot of today’s “amazing ravine park system,” she said.

“That planning agency is something we don’t see in the U.S. with the same kind of power,” Shelley said. “It is a planning entity that is able to uphold ecological and environmental ideals that as landscape architects we’re trying to design.

“The main thing that we try to help students understand is that even though we are looking at these issues that seem somewhat far away from us – Louisiana, Florida – they’re actually issues that very much come to bear on everyday projects we’re working on anywhere in North America and beyond.”