Cook like it's 1817: U of T students make culinary connections with the past at Fort York 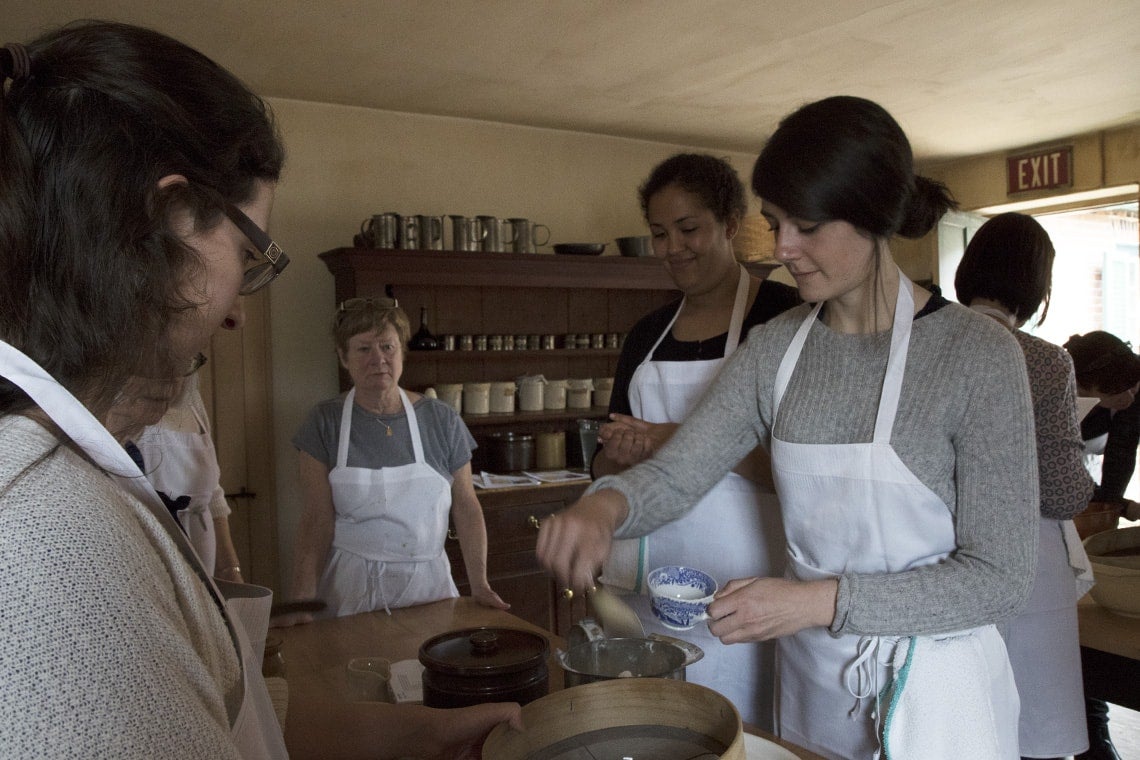 Clothed in aprons and armed with centuries-old cooking utensils, a group of University of Toronto undergraduate students gathered at Fort York to learn how to cook like it's 1817.

The students are Scholars in Residence, a collaborative program between Jackman Humanities Institute and U of T's colleges, pairing students with a faculty member for a month-long research project.

“It's a unique opportunity to bring students inside the creative engine of the university,” says Ira Wells, undergraduate research program coordinator at Victoria University in the University of Toronto. “The point is to create an intentional community of young scholars from very different research backgrounds – we have students from pharmaceutical chemistry, history, economics, math, philosophy and English – all working together and coming at problems from very different angles.” 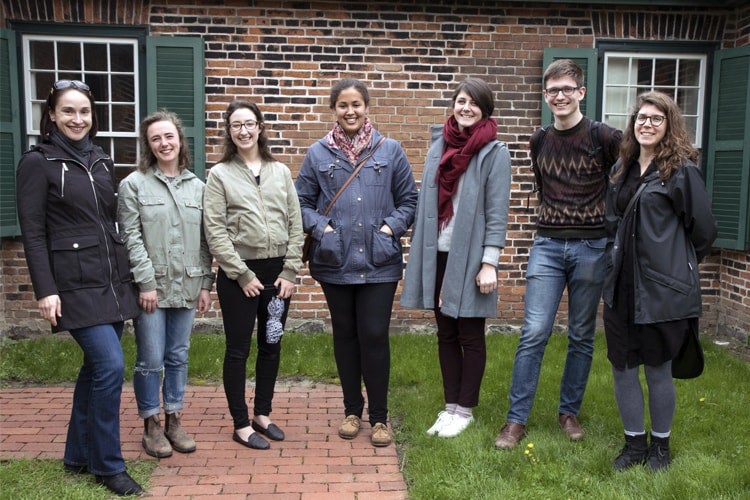 The students visiting Fort York are working with Irina D. Mihalache, an assistant professor of museum studies at the Faculty of Information, on an exhibit showcasing culinary culture in Canada through the work of women. The exhibit will be coming to the Thomas Fisher Rare Book Library next summer.

“As part of this project, I wanted them to go to an institution that does a lot of interpretation of histories through food,” says Mihalache.

Through Fort York’s Foodways program, students had a chance to talk to food researchers, including the program's director Bridget Wranich and celebrated Canadian cookbook author Elizabeth Baird at Fort York's historic kitchen about what the recipes can tell us about the culture at the time, and how they can be adapted to the modern day. Students also got a chance to try their hand at preparing sweet treats including scone-like derby cakes and syllabubs – a whipped dessert using techniques like grinding sugar with a mortar and pestle, and cooking over an open fire. 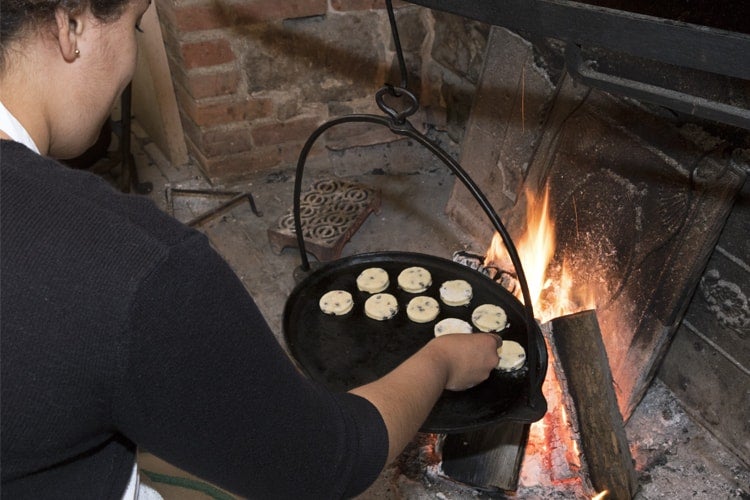 “Food is interesting to me, especially studying it as a historic object because it's made to be eaten, to be consumed. It's always a point of coming together,” says English major Bennett Steinburg. “I was interested to look at how we can draw connections to people through something that is impermanent.”

As part of their research, students are also looking through older issues of Chatelaine magazines and recipe books to get an understanding of how these publications perceived women’s experience at the time. 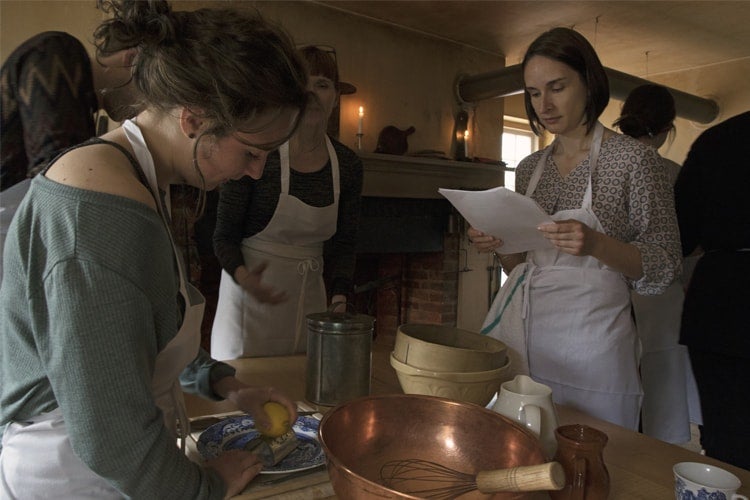 In the Great Depression for example, due to scarce resources, recipes were all about style and not substance, says Steinburg.

“There was a lot of emphasis on taking something very standard and making it exciting for your family. Lots of potatoes, soups, basic breads but preparing it differently,” he says.

Ethelle White, a history major graduating this June, says she enjoyed making connections between the past and the present.

“There are things that are totally different and totally alien, but then it’s also surprising to find things that are pretty familiar – things you might recognize in maybe your grandparents' cooking,” she says. “The sweets sections seem appetizing, but there’s other things that you're like, nobody would ever want to eat that now.” 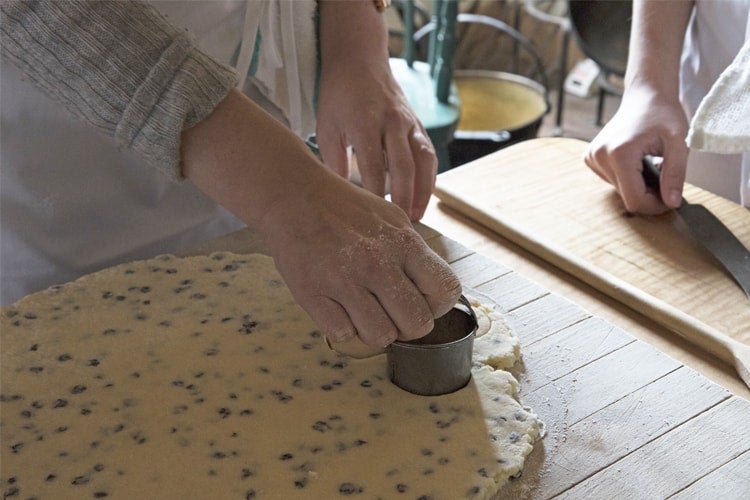 Wells says it’s not often humanities students have the opportunity to partake in the kind of hands-on research experience provided by Scholars in Residence.

“We’re thinking about ways of engaging students and bringing them inside the research process in a way that is mutually beneficial for students' own growth. This also gives them a productive role to play within the generation of knowledge within a research institution.”

Some of the vintage recipes from Mihalache's research were recently published in U of T's Bulletin Brief. Check them out: