Can you name these U of T legends? 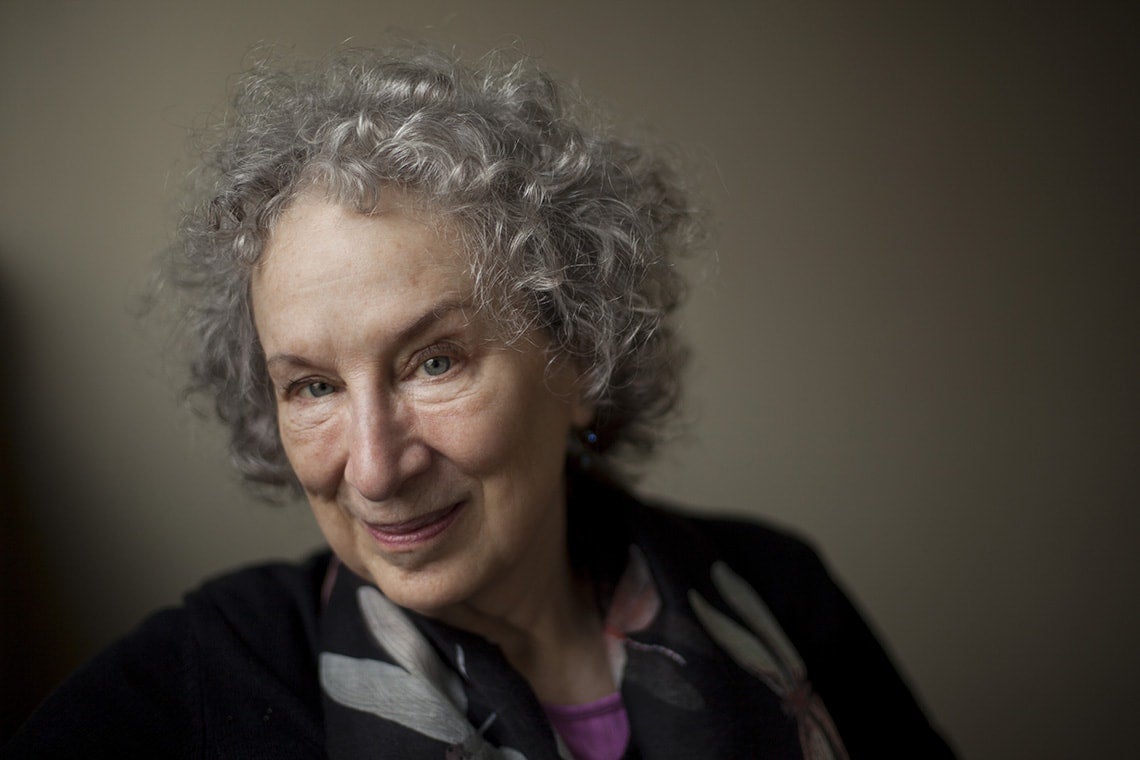 Margaret Atwood is one of the University of Toronto's most famous alumnae, but do you know some of these other women who have had national and global impact? (photo by Marta Iwanek/Toronto Star via Getty Images)

How well do you know the women of the University of Toronto? For International Women’s Day, we put together a short quiz about just a few of the alumnae and faculty who’ve smashed through ceilings and changed the world. (Answers below) 1. One of Canada's most accomplished scientists and educators, this feminist and Quaker was also one of its most renowned peace activists and received the United Nations Association in Canada's Pearson Peace Medal in 2002. A Holocaust survivor, she came to U of T as a postdoctoral student in 1949.

Recognized with more than 40 honorary degrees in her lifetime, she died in 2016 at the age of 94. You can access more than 150 boxes of textual records, photographs, posters and artifacts, and more than 150 tape recordings of her influential speeches and lectures at U of T Archives. 2. This double alumna (Bachelor of Arts degree and master’s degree) was Toronto’s third poet laureate. Born in Trinidad and Tobago, she is a professor at the University of Guelph and one of Canada’s leading writers, exploring themes of sexuality, feminism, race, gender, injustice, class and prejudice through novels, short stories, poetry and film as well as non-fiction and criticism. She founded Our Lives, Canada’s first Black women’s newspaper.

Winner of the Griffin Poetry Prize and the Governor General’s award, she was admitted to the Order of Canada last year – and she’ll receive an honorary degree from U of T during convocation ceremonies this spring. 3. This astronomer was an expert on globular clusters, renowned for her catalogues of variable stars in globular clusters. As a young scientist, she worked as an unpaid volunteer at the Dominion Astrophysical Observatory in Victoria, B.C. from 1931 to 1936. She brought her infant daughter to the observatory at night and had her sleep in a basket, to the amusement of the visiting Astronomer Royal of England, Sir Frank Dyson.

She began teaching at U of T during the Second World War, becoming a full professor in 1957. The founding president of the Canadian Astronomical Society, she was also an expert at communication and for 30 years, she wrote a popular weekly column on astronomy in the Toronto Star. Her book, The Stars Belong to Everyone: How to Enjoy Astronomy, was published in 1976 – the same year she was appointed a Companion of the Order of Canada. The asteroid 2917 was named in her honour. She died in 1993. 4. When she won her first gold medal at the Olympics in the summer of 2012, Associate Professor Margaret MacNeill of the Faculty of Kinesiology & Physical Education, called her “a gifted athlete and a fabulous student.”

“You see her close her eyes, doing her visualization techniques, and controlling her breathing,” said MacNeill, who watched the event live and during the rebroadcast. “I think my heart rate was probably higher than hers because she has the skills to control it and bring it down!”

This incredible athlete went on to win gold in trampoline at the World Championship in 2013 and at the Pan Am Games in 2015 before heading to Rio in 2016, where she became the first person in her sport to win gold in back-to-back Olympics. The alumna is now a master’s student. 5. She’s one of two U of T alumnae known for their careers as astronauts (the other is now Canada’s Governor General). The first Canadian woman to go to space, this U of T Mississauga alumna took a piece of her alma mater with her on board the space shuttle Discovery in 1992: the crest of Erindale College, as U of T Mississauga used to be known.

A member of the Medical Hall of Fame, she has a doctorate in neurobiology and certifications in sky diving and parachuting. A celebrated photographer, her photo essay books focus on the environment and natural landscape – including one on Canada's national parks. 6. She is believed to be both the first woman in the world to earn a doctorate in computer science and Canada’s first female computer scientist. She completed her undergraduate studies in mathematics and physics at U of T’s Trinity College in 1944, and soon afterwards enlisted in the Women’s Royal Canadian Naval Service.

For her doctoral studies in mathematical physics at Cambridge, she was supervised by computer science forerunners Maurice Wilkes and Alan Turing. Her dissertation, “Serial programming for real and idealized digital calculating machines” is considered the first on modern computing. This former assistant professor at U of T died at the age of 50 from a heart attack. 7. This alumna grew up singing in the choir of her local Baptist church in Fredericton, and she went on to perform for the Queen, among many, many others.

An internationally acclaimed soprano whose memoir is called Something Is Always on Fire, she earned a Bachelor of Music at U of T. Over the years she has performed for audiences at Carnegie Hall, the Royal Albert Hall, the Kennedy Center, and in front of an estimated 65,000 people in New York's Central Park. Her 2005 performance in Songs of Innocence and of Experience by William Bolcom won three Grammy Awards and Best Classical Album. She won a Juno in 2008 for her album, Surprise. 8. Hockey fans may remember this person as a pioneering female hockey player who won a spot in the Metro Toronto Hockey League in 1981 but was denied the chance to play because league regulations prohibited girls.

So the teen challenged the decision before the Ontario Human Rights Commission, which at that time allowed sexual discrimination in sports. After a series of challenges, the Supreme Court of Canada eventually upheld her appeal, opening the door for girls and women to compete with boys and men in sports in Ontario.

But the victory came at a cost – she faced countless incidents of discrimination, cruelty, and significant social pressure along the way.

Later, she attended U of T Scarborough, studying science. She is now a chiropractor with her own clinic.