Why Blanket Exercises are experiencing a resurgence, and U of T is at the forefront 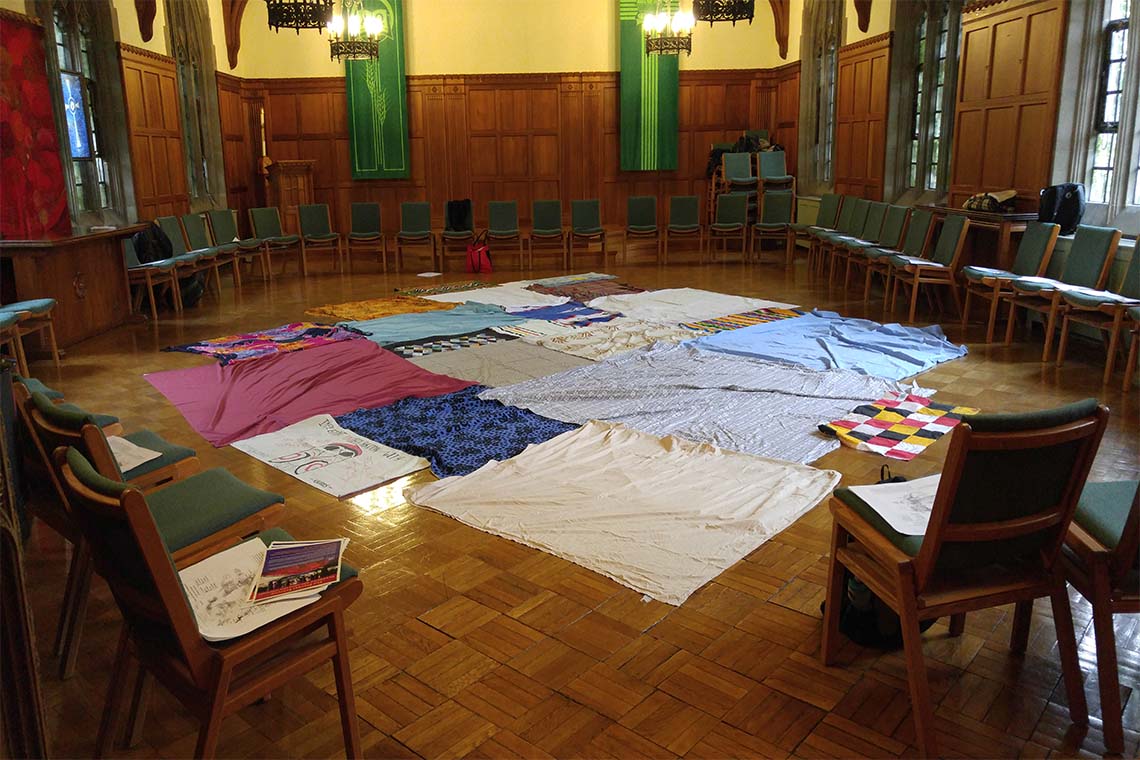 “It is common to have a reaction – emotional or surprising”

Blanket Exercises are being organized across U of T, at events and at conferences, as a way for people to better understand the history of the land we now call Canada.

Blankets, laid on the floor, represent the land and the many cultures and nations that live on it.

“These are not academic exercises. They connect with us on levels both physical and emotional,” said Dawn Maracle, who has facilitated Blanket Exercises at U of T and beyond.

The Blanket Exercise was developed by KAIROS, an ecumenical group promoting social justice and peace as an educational tool when the Royal Commission on Aboriginal Peoples was released in 1996. It was a way to help people understand the shared history of Indigenous and non-Indigenous people in Canada. During the exercises, participants represent First Peoples. When they walk on the blankets they are taken on a journey through time. A script is read aloud that takes participants through pre-contact, treaty-making, colonization and resistance.

“They are meant to be received by us differently than traditional schooling,” said Maracle who is also the Indigenous undergraduate medical education program coordinator at U of T's Faculty of Medicine. “They help to tap into empathy, an element of education that has never been systemically attended to in this country.”

Shannon Neufeldt, a Blanket Exercise facilitator at KAIROS and U of T alumna said that since Canada’s Truth and Reconciliation Commission released its 94 calls to action in 2015, there’s been a lot of interest in Blanket Exercises.

“It’s one of our most popular workshops,” said Neufeldt.

(Below, participants at Emmanuel College) 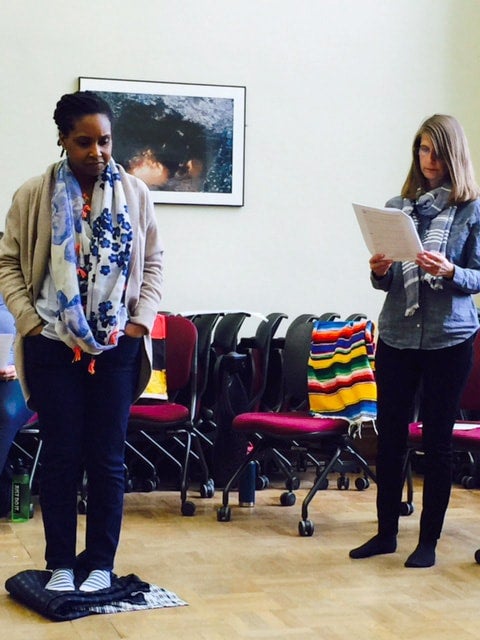 In January, U of T's TRC steering committee released its own report, and the university responded by accepting its responsibility in contributing to the plight of Indigenous peoples.

“There’s more and more interest in opening up conversations about reconciliation,” says Neufeldt.

Neufeldt said she has helped facilitate Blanket Exercises at U of T’s Campus Chaplains Association, the Multi-Faith Centre and Emmanuel College.

In November and January, Neufeldt helped train Blanket Exercise facilitators at U of T's Hart House.

At a recent Blanket Exercise hosted by the Faculty of Law, Amanda Carling, manager of the Indigenous Initiatives Office, warned participants that what they were about to hear might be upsetting.

“It will be really difficult for some of you to hear these things, and you might want to cry, or hug a friend, or step out for a moment,” Carling said. “But the reason to tell you this is not to make you feel guilty or bear the burden of this. We’re here to learn and support each other.”

Elder Robert "Bob" Phillips shared some of his own life experiences, as he prepared a smudge.

“When I went to school, teachers would say things like, ‘You just be quiet, you little savage,’ and other times they’d call me stupid,” said the 72-year-old Phillips, who was born in Nova Scotia but grew up in Toronto's west end.

A polyglot with a PhD in Indigenous studies, Phillips told the group he was thrown out of school in Grade 12 and said “even to this day, I sometimes have the feeling that I'm stupid.”

Phillips said his mother told him to avoid telling people he was “an Indian” and to say he was English, French or Scottish instead. His great-grandfather bought a farm outside the Pictou Landing reserve in Nova Scotia so that his descendants would no longer be considered “Indians” under federal law, and their children would therefore be protected from being taken away to residential schools.

“Now I understand why great grandfather would do that,” Phillips said.

Read more about the Faculty of Law Blanket Exercise

“It is common to have a reaction – either emotional, or surprising, and that is part of the decolonial, anti-racism work we do in unlearning colonial education,” said Maracle, who recently spoke about the importance of the Blanket Exercise at a U of T conference marking the International Day for the Elimination of Racial Discrimination.

Maracle said the Blanket Exercises provide an opportunity to learn more about residential and Indian Day schools, Truth and Reconciliation, and about how Indigenous and non-Indigenous people can become allies with one another.

“This lays the groundwork for all future successes we will have in implementing the calls to action and creating a better community for everyone,” said Maracle.