What makes us generous? It might be the first thing we pay attention to, U of T researcher says 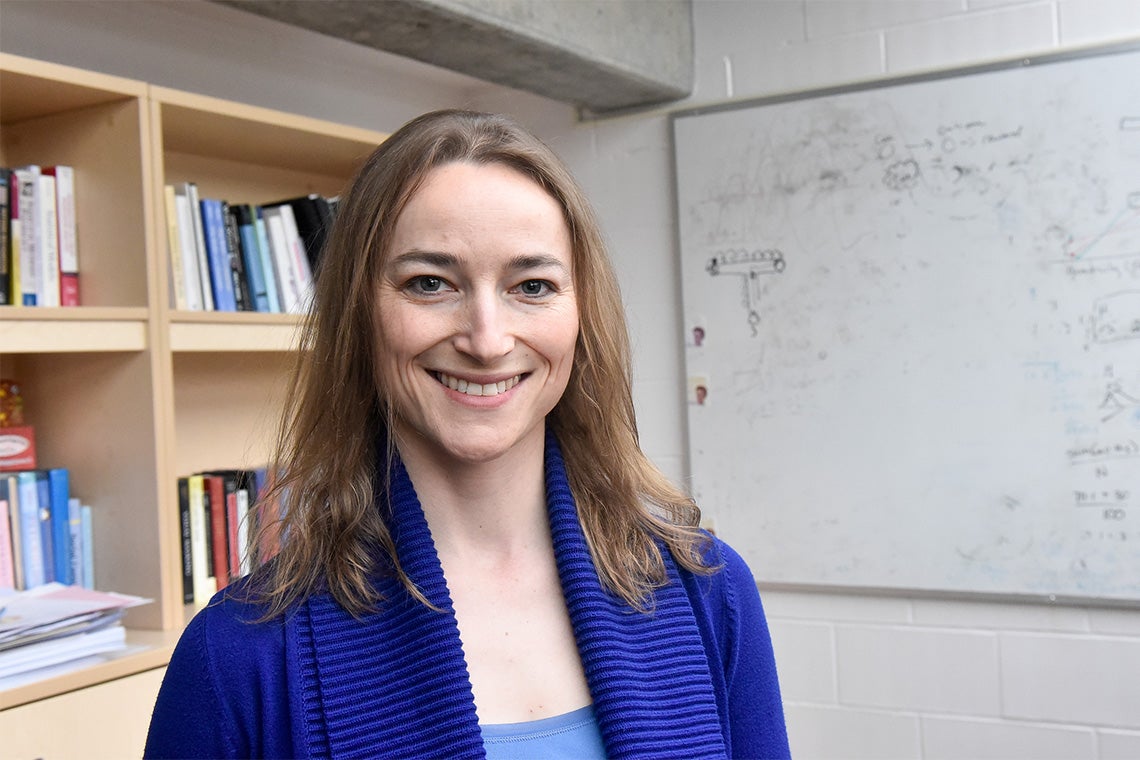 Cendri Hutcherson says people considering an altruistic act may not have time to consider both the cost to themselves and the benefit to others, suggesting that changes in what we pay attention to first may influence generosity (photo by Ken Jones)

The notion that generosity requires self-control to overcome one’s inherent selfishness may not be accurate, according to a new University of Toronto study.

“With generosity, I think we sometimes have this view that we are controlled by instinctual biases, and the only way to override it is to exert some really effortful self-control,” says Cendri Hutcherson, assistant professor in the department of psychology at U of T Scarborough.

She says psychologists have tried to see whether that’s true by conducting research that forces people to choose quickly, which, in theory, prevents them from exerting self-control.

By contrast, Hutcherson says her research suggests that our behaviour is more flexible. In other words, if you find it difficult to be generous, it doesn’t necessarily mean you are hardwired to be selfish.

“Even small changes in your attention – it can result in really dramatic changes in behaviour,” Hutcherson says.

Hutcherson and her colleagues looked at how time pressure influenced people’s willingness to be generous across two studies. Both measured and manipulated attention by tracking and controlling what people looked at as they made their choices. They found it’s actually attention bias – the things that we see and pay attention to first – that determine whether people are generous in a given situation.

The results of the study were recently published in the journal Nature Communications.

“By simply changing the information that people see first, we found we can dramatically increase or decrease their generosity towards others, particularly under time pressure,” says Hutcherson, who is an expert on decision-making and self-control.

Hutcherson says the results may indicate that basic assumptions about whether generosity is automatic or requires self-control may be incorrect.

Deciding whether to be generous requires people to know both how much they will have to sacrifice, and how much someone else will benefit, she notes. Her research finds that when people are under time pressure, they may not have time to consider both elements. In this case, most prefer to look at their own outcomes, even if it means they’re ignorant about the consequences for another person. This can lead to more selfish decisions than they otherwise would make, Hutcherson says.

But a small number of people seem to have the opposite preference: when under time pressure, they prefer to look out for the other person and are willing to make choices without knowing how it will affect their own outcomes.

“Time pressure doesn’t reveal people’s automatic instincts – rather it reveals whether a person cares enough to spend precious moments figuring out how their actions will affect others,” says Hutcherson.

We don’t really know where those social preferences are coming from, she adds. Some research suggests that it might be a stable individual difference, but other research suggests that it might depend more on who is on the receiving end of a person’s generosity. For example, Hutcherson says people are often willing to be far more generous towards a starving child or towards people who are attractive or belong to a particular racial group.

It may seem counterintuitive that our generosity towards others is determined more by information we prioritize about our own self-interest than by our instincts, but Hutcherson, who is a Canada Research Chair in Decision Neuroscience, says it actually makes a lot of sense.

“When it comes down to it, generosity is still a matter of deciding whether you’re willing to sacrifice something of your own in order to help others,” she says.

She adds that a host of considerations go into the decision, including whether you know the person, past experiences, how much it will cost, whether you have enough to spare and how much will it benefit the other person relative to your sacrifice, to name a few.

“Even if people are willing to be generous, it’s always a matter of, ‘Well, how generous can I be, and how much will it cost?’” Hutcherson says. “People seem to be really strategic about making sure they can answer the most important of those questions before they decide.”

The research received support from the Social Sciences and Humanities Research Council of Canada.