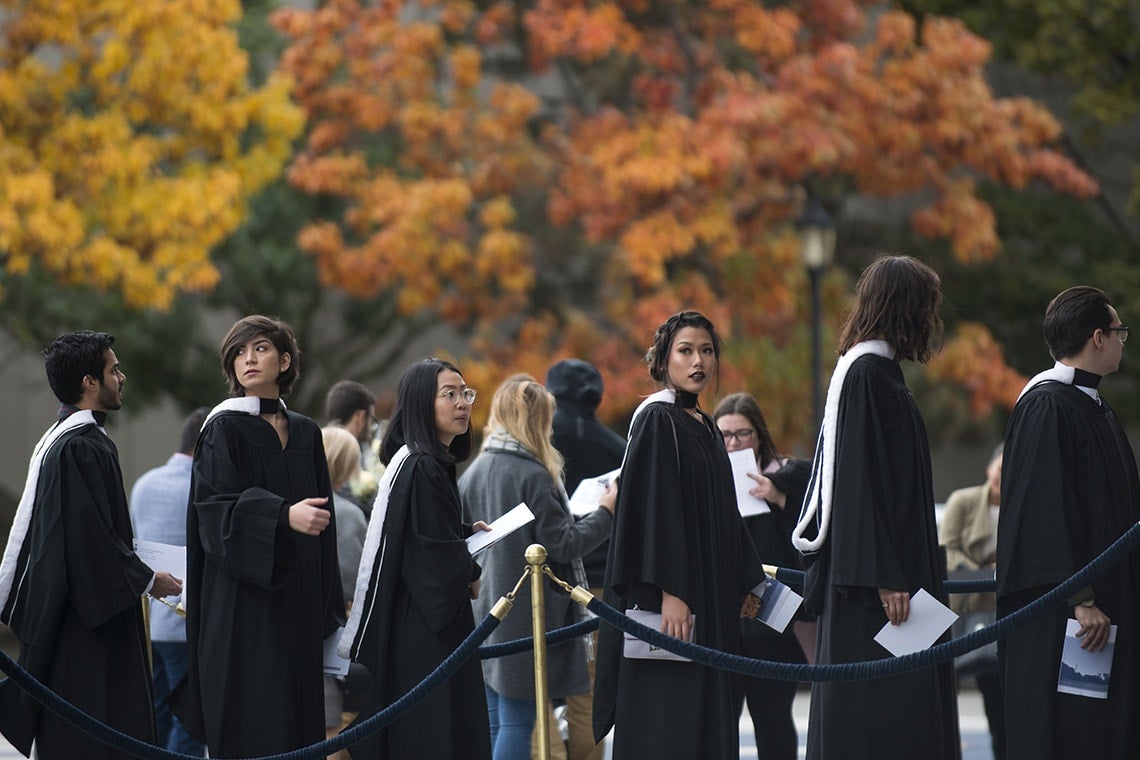 As the University of Toronto campus turned a vibrant auburn, yellow and red, thousands of new graduates donned gowns to collect their diplomas at Convocation Hall. U of T photographer Laura Pedersen captured the emotion of the ceremonies against a backdrop of fall foliage, while photographer Steve Frost recorded the excitement inside the hall. 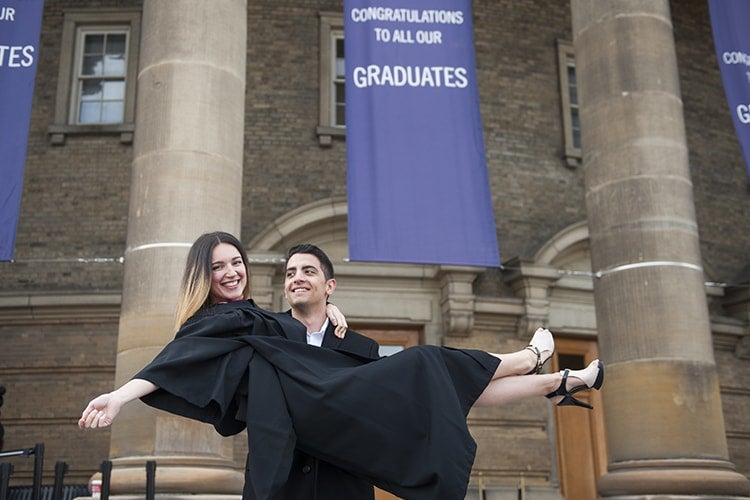 Love was in the air outside the hall. This couple asked Pedersen to take their picture using a cellphone. She obliged and then took one of her own. “He's gazing so lovingly in the picture. He's truly proud of her,” Pedersen says. 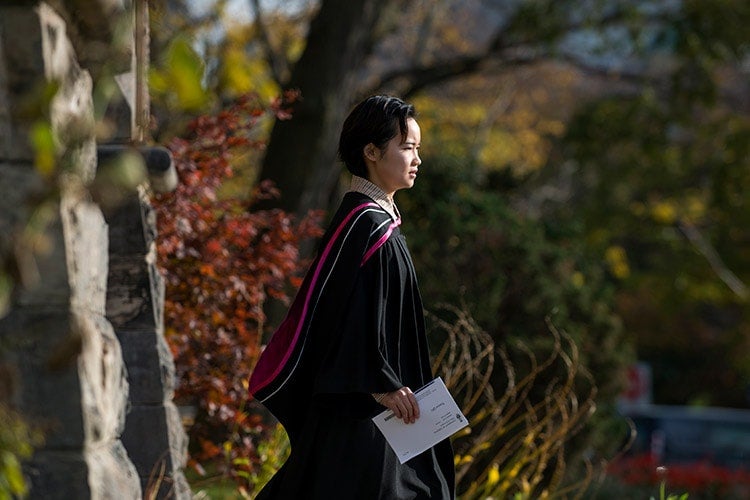 The sun highlighted the serious expression of this student exiting University College (photo by Laura Pedersen). 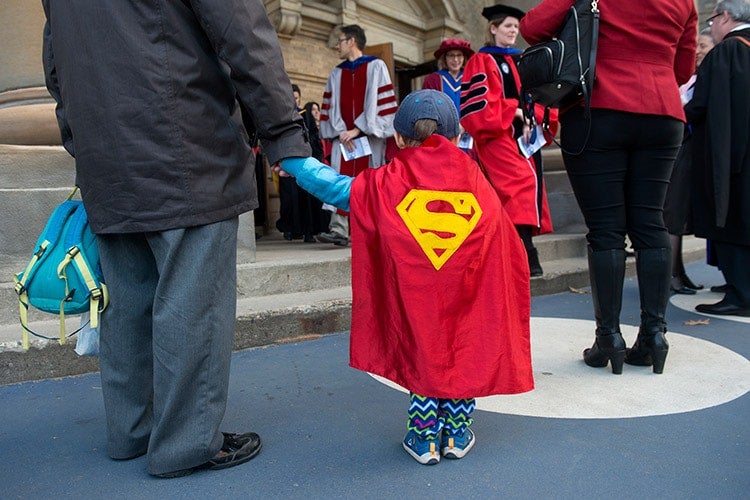 Three-year-old James, wearing a Superman cape, waits with his grandfather Donald Philip for James's mom, Emily King, who received a PhD from the department of mechanical and industrial engineering (photo by Laura Pedersen). 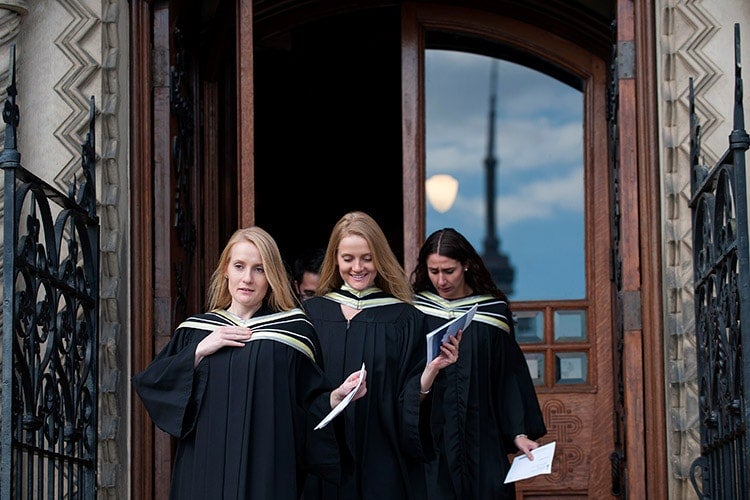 “It's so cool that when the students come out for convocation, they face the CN Tower,” says Pedersen, who was covering convocation for the first time (photo by Laura Pedersen). 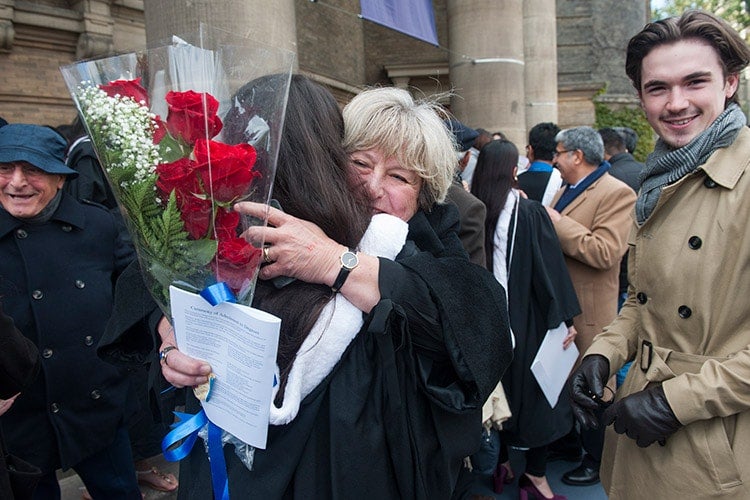 “Every single person in this photo is smiling,” Pedersen says. “Convocation is just as much about the family” (photo by Laura Pedersen). 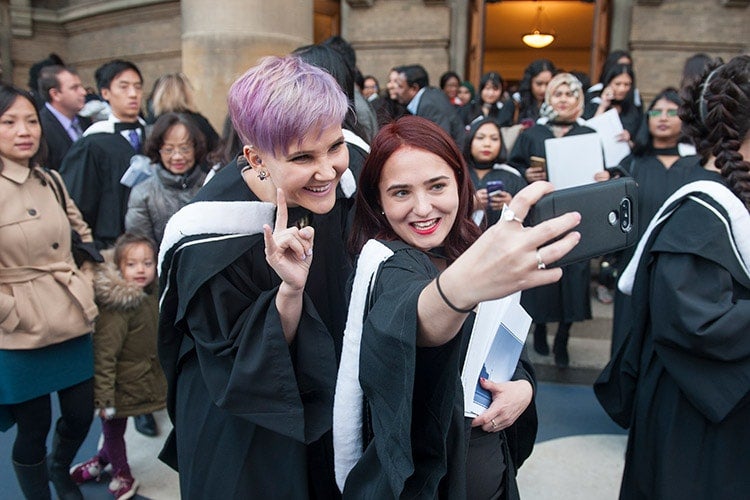 This graduate's pink hair stands out in a sea of black-and-white gowns (photo by Laura Pedersen). 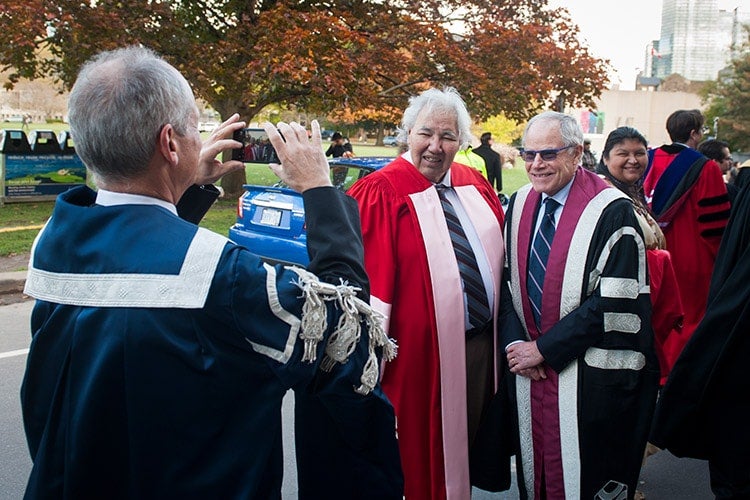 University presidents have Instagram, too. U of T President Meric Gertler photographs honorary degree recipient, and former chief commissioner of the Truth and Reconciliation Commission, Murray Sinclair with U of T Scarborough Principal Bruce Kidd (photo by Laura Pedersen). 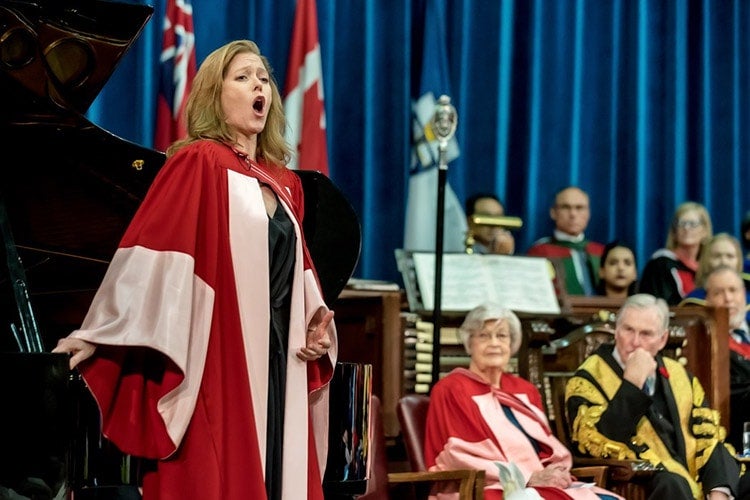 World renowned soprano and conductor Barbara Hannigan performed for students at convocation while accepting an honorary degree with her former teacher and mentor Mary Morrison (centre) of the Faculty of Music (photo by Steve Frost). 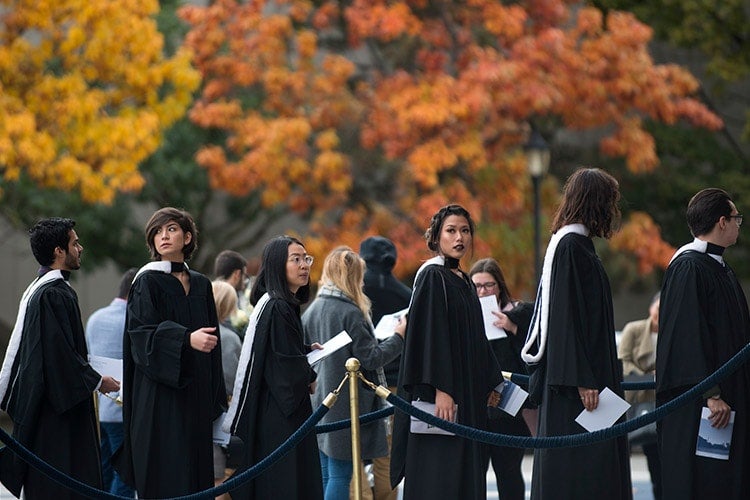 “Beautiful fall colours,” Pedersen says. “And they happen to have kick-ass hair" (photo by Laura Pedersen).

Meet some of this year's graduates from the Faculty of Medicine