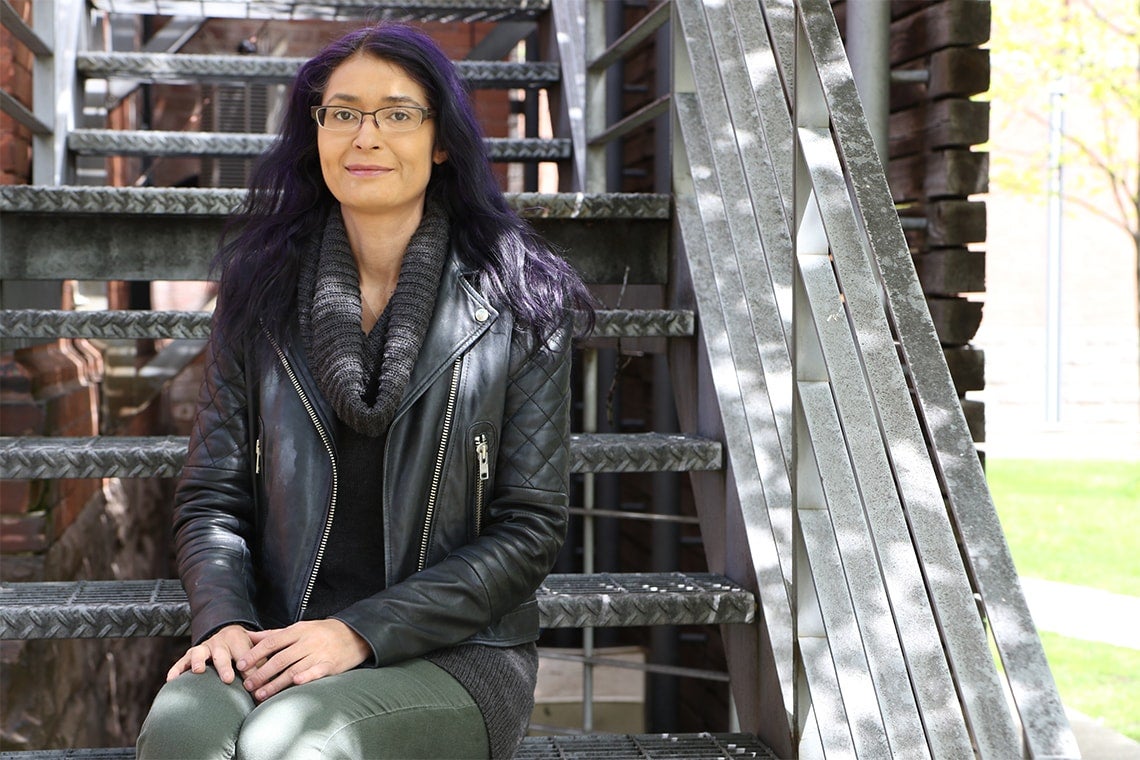 After working in Toronto nightclubs for years, Julie Blair wanted a career change so she came to the University of Toronto.

What she got out of the next five years was more than just a degree – she was able to reconnect with her Indigenous roots.

“Before I came to U of T, I didn’t really know anything about my culture,” says Blair, who is Anishinaabe and Dutch. “There was a lot of stuff I hadn’t been taught.”

She said learning about her Indigenous heritage “was very emotional.”

Today, Blair collected her diploma in Indigenous studies from the Faculty of Arts & Science during U of T's fall convocation. She is the first Indigenous student to receive the Brookfield Peter F. Bronfman Gold Scholarship from Woodsworth College. It's a $12,000 prize awarded to a student who has demonstrated academic excellence and volunteerism in their community. She has also received the President's Award for Outstanding Indigenous Student of the Year.

In her 40s, Blair has led various Indigenous committees and clubs at U of T, and she's worked as the Indigenous Education Network coordinator at the Ontario Institute for Studies in Education – all while maintaining a 3.9 grade point average.

“That’s really stunning,” says Cheryl Shook, assistant principal and registrar at U of T's Woodsworth College, who was part of the group that selected Blair for the gold scholarship. “The award is meant to provide somebody, who has shown this much potential, who is so involved, and who has overcome obstacles, an opportunity to take that funding and do even more things with it.” 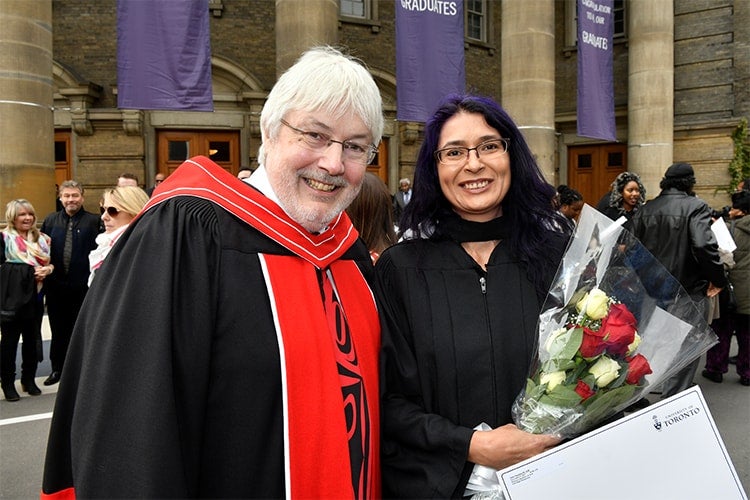 Blair, who is a member of Serpent River First Nation, says she's always done well academically and attributes her success now to finding an area of study she's passionate about. After high school, she did a brief stint at U of T Scarborough, but left to work in the fashion industry for a bridal accessories company. She then worked in the service industry, in restaurants and bars, but eventually wanted to do something else.

At U of T, Blair says she's found a community she can relate to. She recalls her first visit to U of T's First Nations House, which she says brought back an unexpected sensation, a deep-rooted memory passed on from generations before her.

“I remember one day I went in there, and someone was smudging. I hadn’t smudged before that I could recall, but as soon as I smelled the sage burning, it brought back some memory I didn’t even know I had. It smelled so familiar. It smelled like home to me.”

For the Native Students' Association at U of T, she served as a clan leader. She's also been a member of the Indigenous Studies Student Union executive body, helping to organize the university's first major pow wow in 20 years. She's also been a mentor in the Aboriginal Peer Mentorship Program, and is a part of a community-based research team looking into Indigenous mental health, led by Suzanne Stewart, director of Waakebiness-Bryce Institute for Indigenous Health at U of T.

Outside U of T, Blair has volunteered for the Toronto Cat Rescue, Hot Docs Festival and The Stop's YIMBY (Yes in My Backyard) community garden program.

Blair's studies won't end with her bachelor's degree. She's already begun classes at U of T's Factor-Inwentash Faculty of Social Work in a master's program. She'll be focusing on Indigenous Trauma and Resiliency and hopes to one day work in mental health and addictions in Toronto.