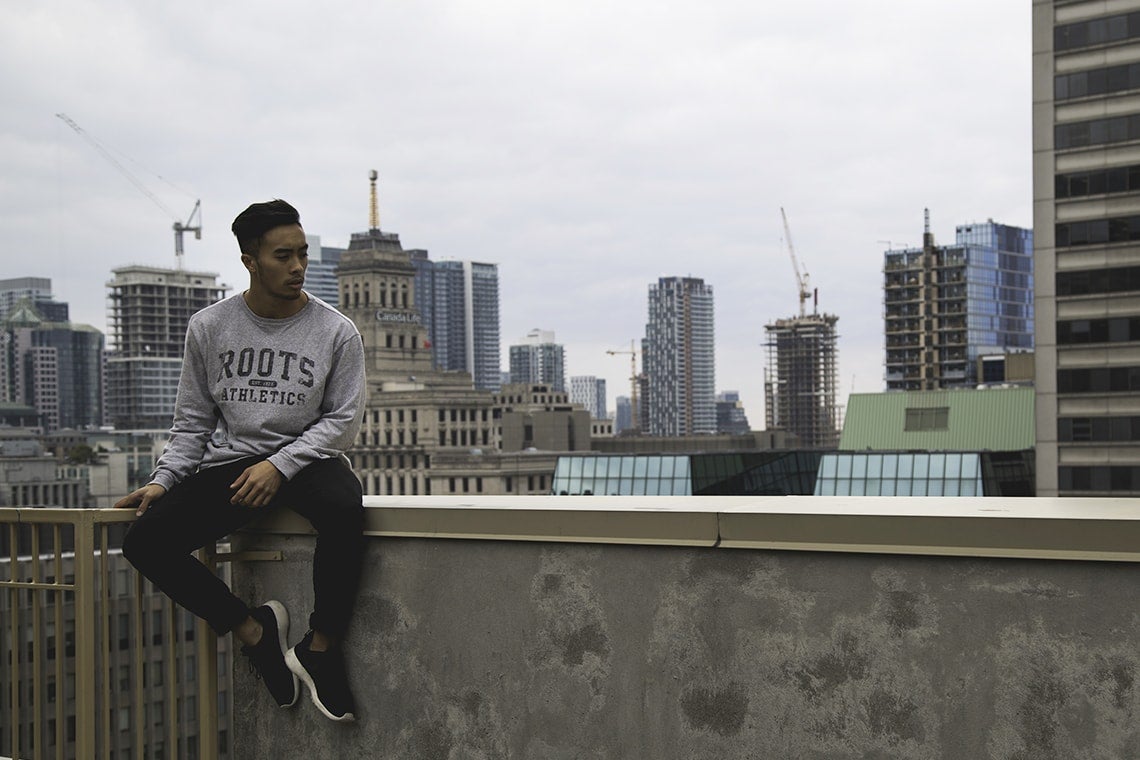 Axel Villamil is the first to admit he sometimes struggled with his double major in computer science and media studies.

But, in fairness, the University of Toronto grad had a particularly hectic schedule. While working on his bachelor of science degree, he was also flying around the world to compete in dance competitions – he's a top-ranked hip hop dancer – and managing his own media production company.

He even found time to launch a startup called StageKeep, an application that helps choreographers plan out their elaborate routines.

“I was balancing a full-time workload in computer science, regular rehearsals back in Cambridge [Ont.] and competing in Austria for a full week,” Villamil says.

“I would literally code in the hotel by day and dance by night.”

The U of T Scarborough student, who will graduate next week, began dancing professionally at age 14 while living in Cambridge and has appeared in numerous music videos and TV shows. He’s also choreographed performances for some of the biggest young artists in the Philippines, including the Justin Bieber-esque heartthrob Enrique Gil.

Spending so much time on the road during his undergrad presented challenges. Villamil says the time zone changes, in particular, wreaked havoc with his ability to meet assignment deadlines. But it also opened his eyes to a potential startup opportunity: the pressing need for a modern tool to allow choreographers  realize their on-stage visions in the global world of dance.

A key problem, as Villamil saw it, is that top dancers today are scattered across different cities and even countries, and usually have limited rehearsal time together. During one performance in Los Angeles, for example, Villamil says the dancers he was scheduled to perform with on a Friday night began arriving by plane on Monday, giving them only four days to practise.

It’s also not uncommon for performers to be late for rehearsals or miss them altogether.

“Now, keep in mind, it’s very hard to visualize a group of 15 people when only four show up,” says Villamil. “So we end up putting odd objects in their place – even a shoe – to represent each person. I write it down, but that’s still hard to share with another person and to conceptualize through arrows and other gestures.”

With the help of U of T computer science alumnus William Mak, Villamil began work on a digital solution. StageKeep, developed at U of T Scarborough's The Hub accelerator, allows choreographers to plot out formations and routines, and sync them to the music – all while taking into account the size and shape of the performance space. The tool promises to dramatically cut down on the need for rehearsal time and improve the overall quality of performances, Villamil says.

Read more about how Villamil and Mak developed the app

With StageKeep, Villamil has deftly managed to marry his artistic passions with his university education, and then spin the whole thing into a potential career. It’s a feat he says his parents, both first generation immigrants, never quite managed to achieve. His mother, a nurse, was into fashion. His father, who worked for the City of Cambridge, liked photography. But both kept their focus on their jobs out of financial necessity.

Villamil’s parents pushed him to study hard and attend a top university. But they were also incredibly supportive of his extracurricular activities, he says. At age eight, he got his start as a theatre performer – a singer and actor – at the Stratford Festival. He later took professional dance classes in Cambridge, relying on his father to ferry him back and forth to Toronto for auditions.

“I did all-around dance, from hip hop to ballet, jazz and contemporary,” says Villamil. “But I started to focus a little more on the hip hop portion, and that’s when I started to do bigger shows for We Day and competing in Austria, Washington, D.C. and L.A.”

Though it’s still early days, Villamil is confident StageKeep will find a home in the entertainment industry, based on early feedback from professionals he’s met or worked with in the past. That includes heavy hitters like Director X, otherwise known as Julien Christian Lutz, who has done videos for Rihanna, Iggy Azalea and Drake, among others.

“I discovered it was a real problem – and not just in hip hop but also for ballet, contemporary, jazz, tap or whatever,” Villamil says. “People still cling to these older solutions of writing things down on paper or just winging it in their head. They weren’t using the tools we have today.”

StageKeep, which is almost ready for its beta release, isn’t Villamil’s first attempt at being an entrepreneur. At age 16, he launched a media production company called Red Label Studios to get a kick-start on his career.

“The idea would be to train people prior to meeting and then polish the performance in the physical rehearsal studio,” he says, adding that the system could also help develop sports-like statistics to objectively rate dancers' performances. “It’s like a super advanced version of those arcade games – like Dance Dance Revolution.”

Balancing school with his other interests wasn’t always easy, but Villamil says earning his degree was well worth the effort. The great thing about U of T, he says, is that you’re encouraged to find innovative ways to apply your knowledge, and to forge your own path.

“It’s so versatile,” he says of his computer science education at U of T Scarborough. “You can do whatever you want with it.”

U of T ScarboroughEntrepreneurshipStartupConvocationConvocation 2017Video