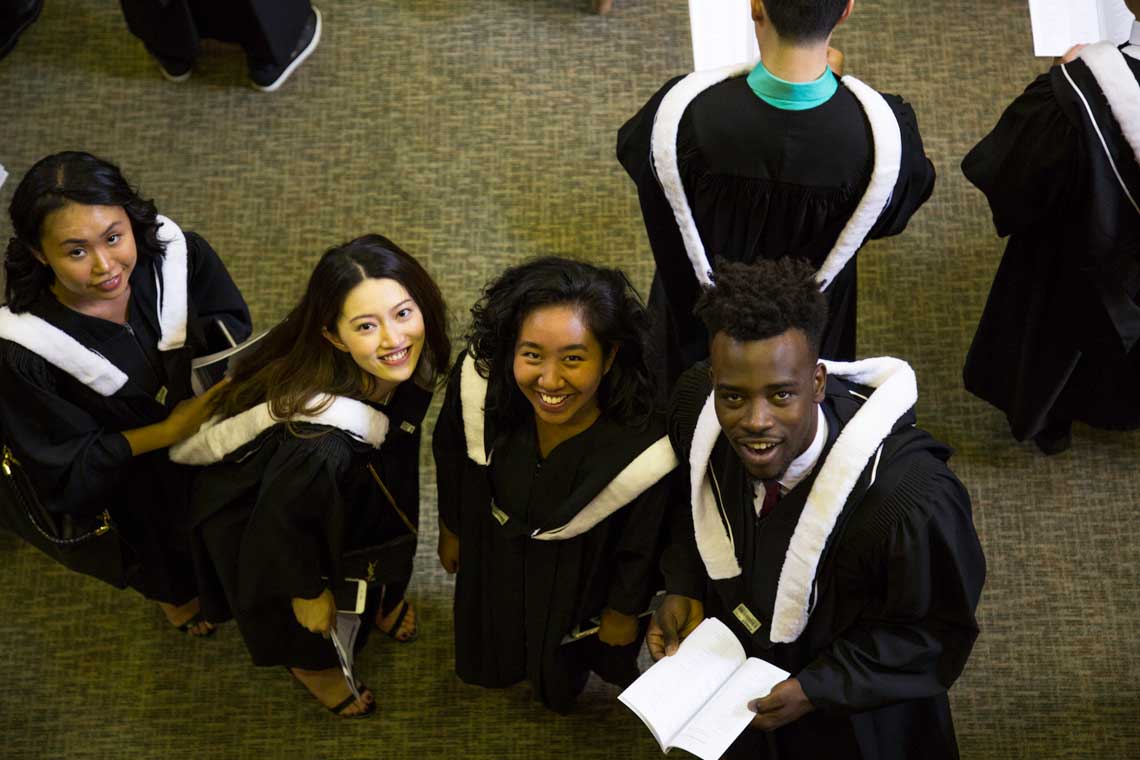 They majored in a wide range of subjects but they share a single focus: helping those in need around the world.

Students from the University of Toronto Scarborough were some of the first members of the 18,000-strong Class of 2016 to cross the stage at Convocation Hall this week. Among them: U of T’s top grad, Mihil Patel. 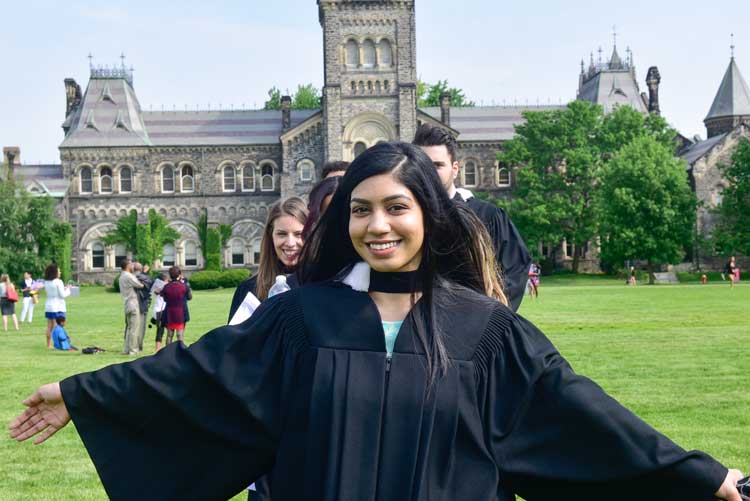 In 2013, Farika Ekra, a sociology and public policy student, travelled to Bangladesh to personally deliver money raised for victims of a factory collapse that left over 1,100 people dead and many more injured.

As the founder and president of Young Canadians for Global Humanity, her group raised $9,000 for amputee victims of the building collapse in Savar, Bangladesh. The not-for-profit organization continues with its aim of encouraging young people to get involved in humanitarian efforts all over the world.

“I’ve always felt that the most important thing to remember is that you don’t lose anything by helping other people. Helping others shouldn’t be reduced to a system of bartering in which you help someone with the intention of receiving something back,” she says.

“My motto is pretty simple; be humble, be selfless, and try to help others whenever you get the chance.”

Her desire to help those exploited through weak global policies and her research interests led her to the Masters of Public Policy program at the School of Public Policy and Governance at U of T, where she will begin in the fall.

It should come as no surprise that one of her research interests is the issue of worker safety and how it relates to global policy and development.

“Public policy is rooted in bettering our society through the research, analysis and development of policies that tackle social and economic issues in our society. In essence, it’s part of a broader category of helping others and really influenced my decision to pursue a Masters in it.” 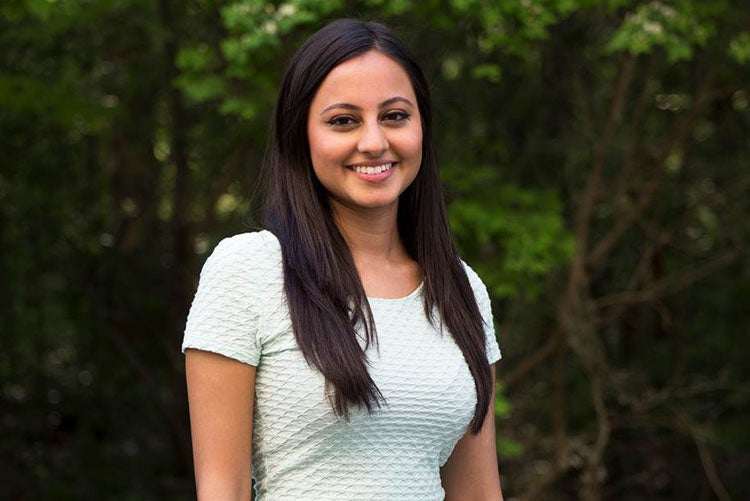 Nikki Shah, a human biology and psychology graduate, was deeply affected by Typhoon Haiyan that devastated the Philippines in 2013. After seeing images of the crisis on TV, she decided to do something about it.

“I wanted to help those people, but I was only one person. I knew I needed help.”

That’s when she founded UTSC Friends of MSF (Médecins Sans Frontières/Doctors Without Borders). Since then, the group has grown to include hundreds of members. They help send medics and other support workers to people affected by natural disasters, conflicts and pandemics all over the world.

She’s also proud of a speaker series she was able to help organize featuring the Vice-President of MSF Canada – and U of T alum – Dr. Saleem Kassam. Shah’s interest in health care came out of her own struggles with benign tumours in her knee when she was younger as well as family members who suffered through poor health.

During her time at U of T Scarborough Shah was also an executive at the UTSC chapters of UNICEF and Free the Children, but she also participates in groundbreaking scientific research.
“I’m currently working at SickKids Hospital, helping conduct research on how extremely preterm babies perceive and communicate pain. Our findings will help improve the way they receive medical care in the future,” she says.

After graduation, she wants to pursue a career in public or global health.

“If you don’t have good health, nothing else matters,” she says. “It’s very hard to dwell on the fact that so many don’t have access to adequate healthcare, and it’s something that really motivates me.” 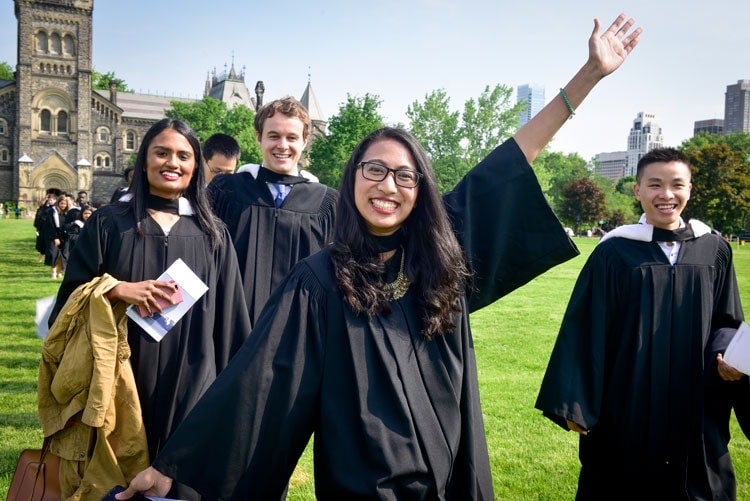 “There’s so much talent and passion among young people, but often those voices are muffled on important issues of global and even local significance,” says Hasna Syed, 22. “We wanted to create a community that gave youth leadership opportunities but also a bigger voice on important issues.”

With her sisters -– and fellow U of T Scarborough students – Sarah and Hana, as well as brother Bilal, Syed created Global Youth Impact.

The NGO and student group quickly earned a reputation on campus for raising awareness about important global issues, social advocacy work, running workshops and community engagement projects. But the organization, which is eyeing expansion to other Canadian university campuses this fall, isn’t the only way Syed, who graduates June 2, is making an impact.

Hasna and her siblings have also been singing together for most of their life. What started out as a hobby soon transformed into a means to help others. They’ve given performances in front of City Hall, the Canadian Labour Congress and also performed for the Music Against Child Labour initiative.

Their group, DEYSofficial, wrote a song for the 2015 Pan Am & Parapan Am Games in Toronto, but it was their song Raise Our Voices that garnered the most attention after it was featured in a United Nations campaign against child labour.

They were also invited to attend the United Nations Youth Assembly in 2015 that took place at the U.N. headquarters in New York. The summit focused on giving youth from around the world a voice on issues surrounding sustainable development including the global economy, environment and energy policy.

“It was a tremendous privilege to be invited and to be the first U of T student delegation selected to take part in the assembly,” says Syed. “It was such a unique experience having all of these young voices at the table talking about issues that will be important to us in the future.”

During her time as an undergrad Syed also served as president and held various executive positions with the U of T Scarborough Political Science Students Association. That passion for political science and human rights will follow her to the London School of Economics and Political Science this fall where she will begin a Master’s in Human Rights.

“I’ve always wanted to be in a position where I can help give a voice to those who are ignored and neglected,” she says.

“If I can help lift people up by making sure they are treated fairly, equitably and have access to justice, I will be satisfied with that.”

Read about more U of T Scarborough grads 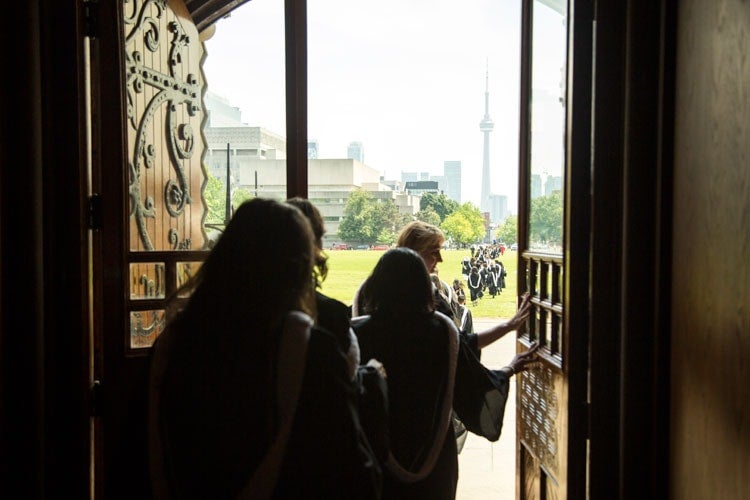