#UofTBTS16: U of T hires librarian to work with Indigenous students 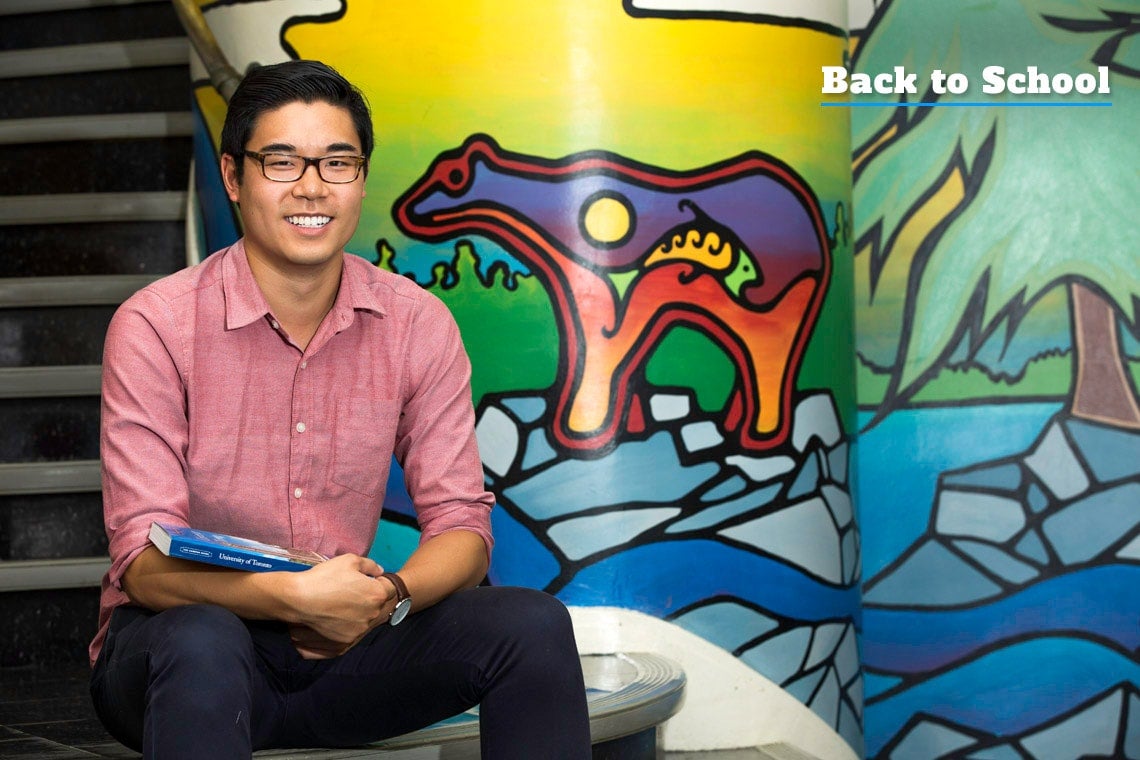 Desmond Wong: “A really big part of my job is to listen to the Indigenous community and to work closely to support their goals” (Johnny Guatto photo)

The University of Toronto has hired a new librarian to work one-on-one with Indigenous students and to help grow the university’s Indigenous collection as part of U of T's commitment to the federal Truth and Reconciliation Commission’s Calls to Action.

While universities have librarians specializing in indigenous initiatives or ready to connect indigenous students to available resources, U of T’s latest outreach librarian, Desmond Wong, is unique in many ways.

For one, Wong will be working actively to reach out to Indigenous students across the three campuses — he’ll be part of the university’s legion of personal librarians. He’ll be working with students as well as faculty, elders, staff at First Nations House and the larger community to identify Indigenous students’ learning and research needs and organizing special talks and programs for them. His responsibilities also include working with international students and collaborating with other librarians, who have built a strong Indigenous collection over the years, to further develop that collection. (Read more about U of T's personal librarian program here.)

“I am ethnically Chinese,” Wong said. “My parents are both from Hong Kong. I acknowledge that I am a settler on Indigenous land. My first interaction with Indigenous people was working as a volunteer educator with the Hopi and Navajo peoples in Arizona and then the Cree people in Northern Quebec. They were so open and willing to share their cultures. That really struck a chord with me.”

Those summer jobs, first in high school then in undergrad, set him on a new course.

After graduating with a master’s in library and information studies, Wong worked as the assistant librarian with the Ontario Ministry of Aboriginal Affairs. He helped establish the Aboriginal Affairs Library and worked on initiatives like the Government of Ontario’s National Aboriginal Day celebrations. Before coming to U of T, he worked at the Archives of Ontario where he was part of the response to the Truth and Reconciliation Commission of Canada’s recommendations.

“With the Truth and Reconciliation Commission’s call to action the university signalled that this was a priority and an area of great significance,” said Julie Hannaford, U of T’s deputy chief librarian. “We wanted to be responsive by recognizing that this deserved a dedicated position.”

U of T’s Indigenous community was part of the hiring process. U of T Libraries consulted with First Nations House, which provides supports for the university’s Indigenous students, and Elders sat in on the candidate presentations.

“He has a lot of experience within the community,” said Jonathan Hamilton-Diabo, director of Aboriginal Student Services at First Nations House and coordinator for the Council for Aboriginal Initiatives. “They brought someone in who has a strong understanding of the community. He has already come to First Nations House early on. That’s a good sign that he’s reaching out to make connections. What you want is someone who has a strong community understanding and demonstrated strong ties to the community.”

Since he started earlier this month, Wong has spent his first weeks reaching out and getting to know the community.

“I really try in my interactions to not take up too much space in a room,” Wong said. “A really big part of my job is to listen to the Indigenous community and to work closely to support their goals.”

For Wong, who grew up in Markham, there’s an opportunity here to increase awareness of indigenous history and culture — for everyone.