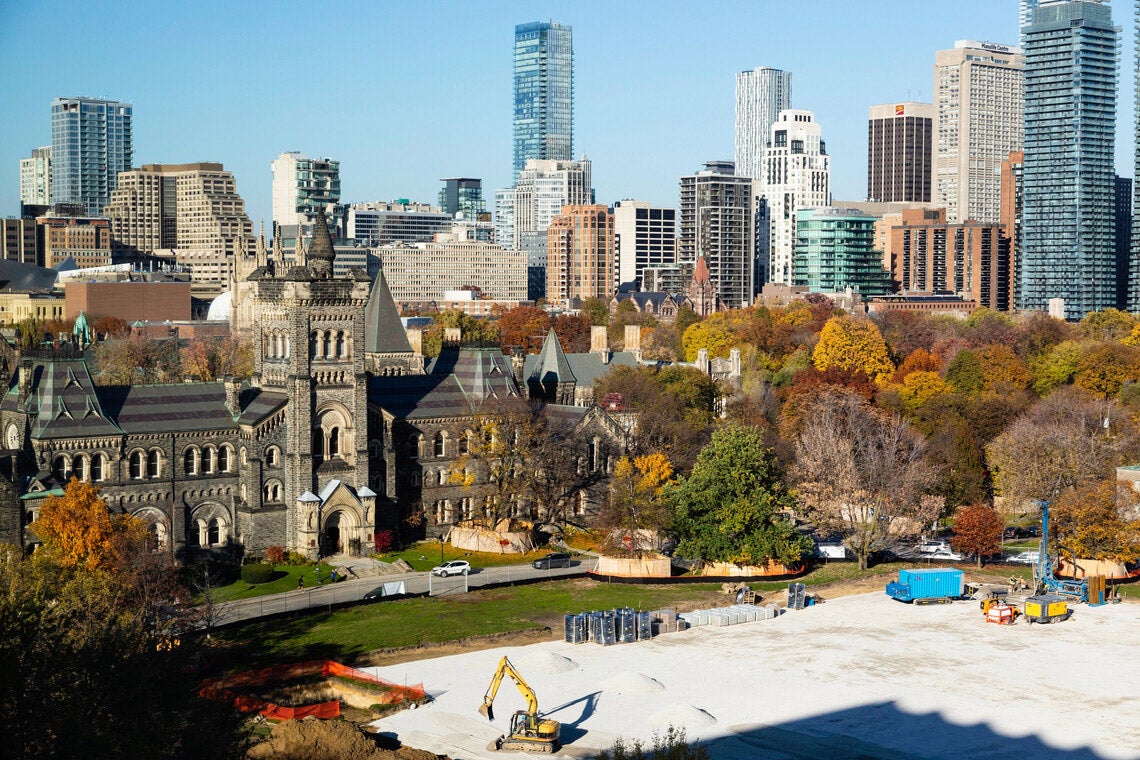 Sustainable development considerations have been incorporated into a wide array of U of T projects and initiatives, including the Landmark Project and an associated geoexchange field beneath Front Campus (photo by Daria Perevezentsev)

Until recently, the sweeping international framework of the United Nations’ sustainable development priorities didn’t occupy much of Travonne Edwards’s attention. 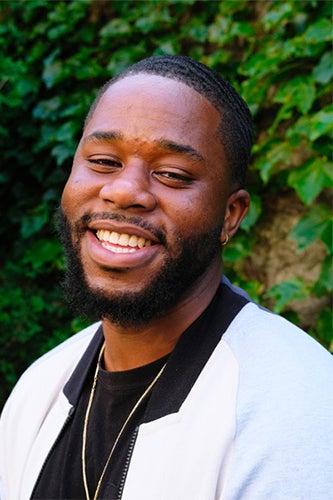 As a PhD student in the University of Toronto’s Factor-Inwentash Faculty of Social Work – researching racial disparities for Black families in Ontario’s child welfare system – Edwards’s academic concerns lay closer to home, and within the realms of social work and racial equity.

But that began to change after Edwards, on the advice of a professor, took part in a recent event that aimed to encourage graduate students, post-doctoral researchers and professors to find ways to incorporate the UN’s 17 Sustainable Development Goals – better known as SDGs – into their academic activities.

The 17 Zoom Rooms @ U of T event, held in early December, saw Edwards and more than 120 other participants assigned to one of 17 virtual “rooms” where they were invited to generate ideas on how to advance the SDGs at the university and beyond.

Edwards says the workshops were an eye-opener.

“Often times, when I think about research, it’s often conducted within one’s own faculty or institution. This was one of the first times I’ve been introduced to such a variety of folks interested in the same things as me but bringing different research backgrounds, disciplines and discourses,” he says.

“The main takeaway for me was the importance of being open-minded and innovative and to continue to push myself to think beyond the social work realm and include other areas – like tech, science and nutrition –to address issues of inequality.”

The U of T event was inspired by the 17 Rooms Initiative launched by the Brookings Institution and the Rockefeller Foundation to stimulate innovative forms of collective action aimed at advancing the SDGs, which were adopted by UN member nations in 2015.

“This event aligns strongly with U of T’s ongoing commitment to community engagement, to addressing larger societal challenges and to fostering a global mindset among our students, staff and professoriate,” said U of T President Meric Gertler in a video message welcoming participants to the event.

“The Sustainable Development Goals are not only a set of commitments, but a powerful framework that explicitly acknowledges the interrelationship between all 17 goals. Indeed, to address poverty we must advance education and health, but also develop sustainable cities and communities, tackle climate change and maintain socially just institutions.”

President Gertler noted that U of T is already deeply engaged in advancing the Sustainable Development Goals. This includes initiatives across the university, through the President’s Advisory Committee on the Environment, Climate Change and Sustainability, and leadership on the national level, such as the responsible investing charter adopted by many Canadian universities last year.

He added that sustainable development considerations have been incorporated into a vast array of university projects and initiatives, from the complex urban challenges examined by U of T’s School of Cities to the equity and inclusion work with Indigenous communities and campus revitalization efforts such as the Landmark Project.

“Our remarkable contributions to community and global health, our scholarship on clean energy and water and our expertise in education – to name but a few examples – all contribute to the Sustainable Development Goals,” President Gertler said. 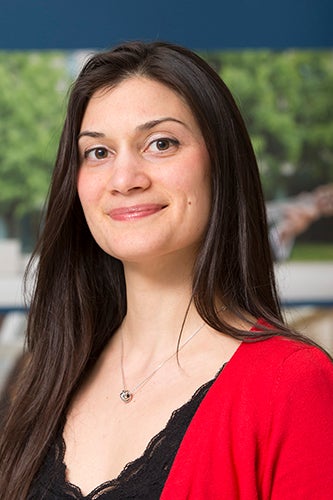 Laura Chiavaroli, a post-doctoral researcher in the department of nutritional sciences in the Temerty Faculty of Medicine who participated in the 17 Zoom Rooms, traces her enthusiasm to participate in the event back to her involvement in an event last year that looked to encourage innovative ways to pursue the SDGs at U of T.

“It was such a great event. The organizers have such a passion and energy about them that you really feel happy to be a part of these events and the good and important work that U of T is doing in this area,” Chiavaroli said.

“So when I saw that this [17 Zoom Rooms] event was happening, I immediately wanted to partake.”

Chiavaroli was assigned to a room dedicated to exploring “Quality of Education,” which revolves around ensuring inclusive and equitable education for all.

She said a key theme that kept popping up in her room’s deliberations was the importance of fostering inter-disciplinary collaboration to help advance issues around equity in education, as well as matters pertinent to the 16 other sustainable development goals.

“What we learned is that there really is an energetic community of U of T people who are interested and want to be part of change,” Chiavaroli says. “The one thing that we concluded was that we need to work less in silos. There is collaboration happening, but the kind of interconnectedness that’s needed between the different disciplines to help address the SDGs is a leap that we have to undertake.”

Chiavaroli, whose post-doctoral work looks at the relationship between dietary patterns and health outcomes such as cardiovascular disease and diabetes, says her exposure to the UN’s sustainable development goals is also influencing the way she goes about her research.

“Our work is very focused on health, but what are the environmental implications of adopting a dietary pattern? We’re trying to get environmentalists involved in the work to learn from them. We’ve got some health economics people as well, because you want to be assessing the cost of diets and whether they can be adopted by people who have financial challenges or are food-insecure,” she says. “So, having these SDGs in mind really helps to think about your project on a global scale – where it’s going to have the biggest impact.”

Joseph Wong, U of T’s interim vice-president, international and a professor in the department of political science in the Faculty of Arts & Science and the Munk School of Global Affairs & Public Policy, says the 17 Zoom Rooms event exemplified the U of T community’s collective commitment to fostering conversations, innovations and actions aimed at having a global impact.

“What today represents is a conversation-starter,” Wong said during the event. “All of you are colleagues who work in or teach about – in some way – the Sustainable Development Goals. All of you represent precisely the spirit we’re trying to capture here and to start a conversation that I know will continue to endure.

“The Office of the Vice-President, International is very committed to this both in terms of our local as well as global engagement. One of the things that we hope to come out of this are opportunities for us to continue to build and engage our global partners.”

Wong added that the university would closely examine the suggestions and ideas that arose from the 17 Zoom Rooms event, and that they will inform the next steps in developing a broader institutional strategic initiative focussed on SDGs.

In the meantime, Edwards, whose room tackled “Peace, Justice and Strong Institutions,” says the discussions have been vital in helping him build bridges between his Ontario-based research and the global challenges that the SDGs set out to solve.

He says the sessions have inspired him to “think strategically and align my research to aim to mitigate or eliminate these global issues – particularly regarding peace, justice and strong institutions – and really [think] about how my research in Ontario can connect the dots to support global initiatives in equity.”

Students and faculty who are interested in contributing to the development of an institutional strategic initiative focussed on the SDGs are encouraged to apply to sit on one of two committees – a steering committee and a student advisory committee – that will be developing a framework over the coming months.