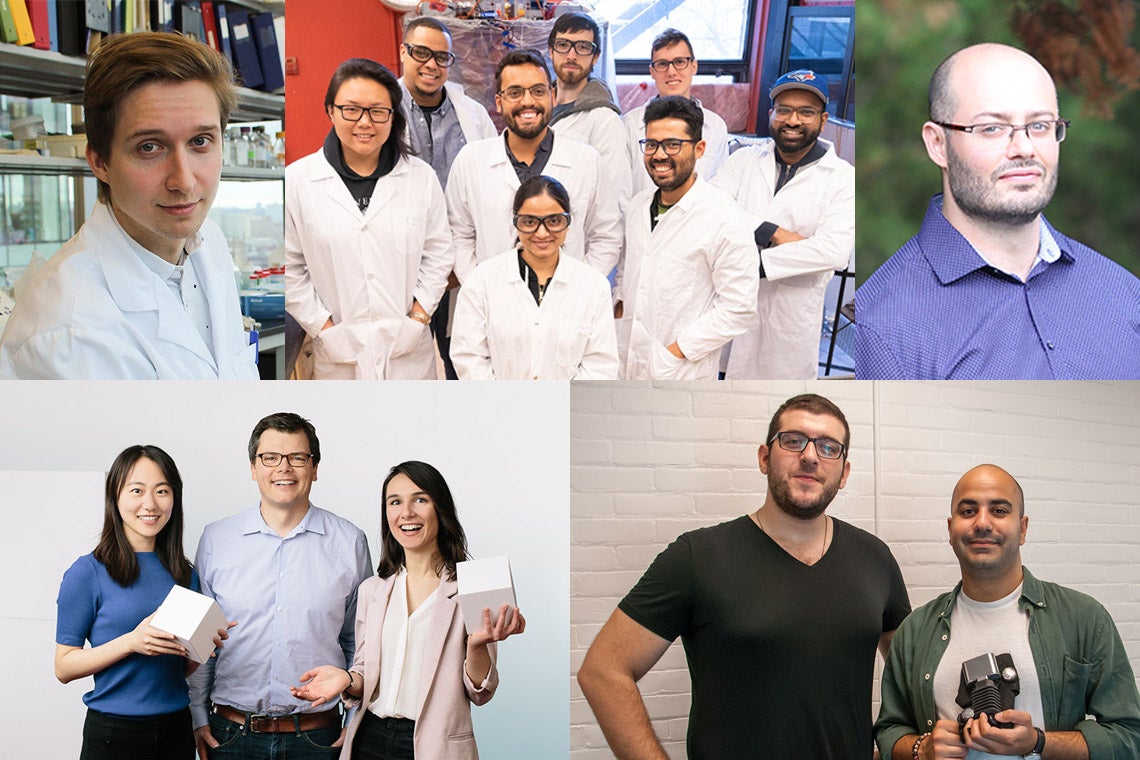 Startup companies from the University of Toronto are racking up impressive performances at international pitch competitions – even as the pandemic forced the high-stakes events online.

“Two of the largest global pitch competitions that have happened in the last few months were both won by University of Toronto startups,” says Jon French, director of U of T Entrepreneurship, the umbrella organization for U of T’s 11 entrepreneurship hubs.

“It’s a testament to the caliber of entrepreneurial talent at U of T and the fact that programming for student founders has not slowed down – it has ramped up virtually in response to COVID-19.”

U of T cleantech startup Genecis is one of the big winners. The company harnesses bacteria to turn food waste into polyhydroxyalkanoates (PHAs), otherwise known as biodegradable plastics that can used for everything from sustainable packaging to 3D printing.

Founded four years ago by U of T alumna Luna Yu, the startup was selected a Global Winner at this year’s Extreme Tech Challenge (XTC) in July – an event featured more than 2,400 competitors from nearly 90 countries.

“Winning at XTC over more than 2000 other startups really speaks to what we've been working on and the ability of our team to execute,” says Abdul Khogali, the company’s chief operating officer. 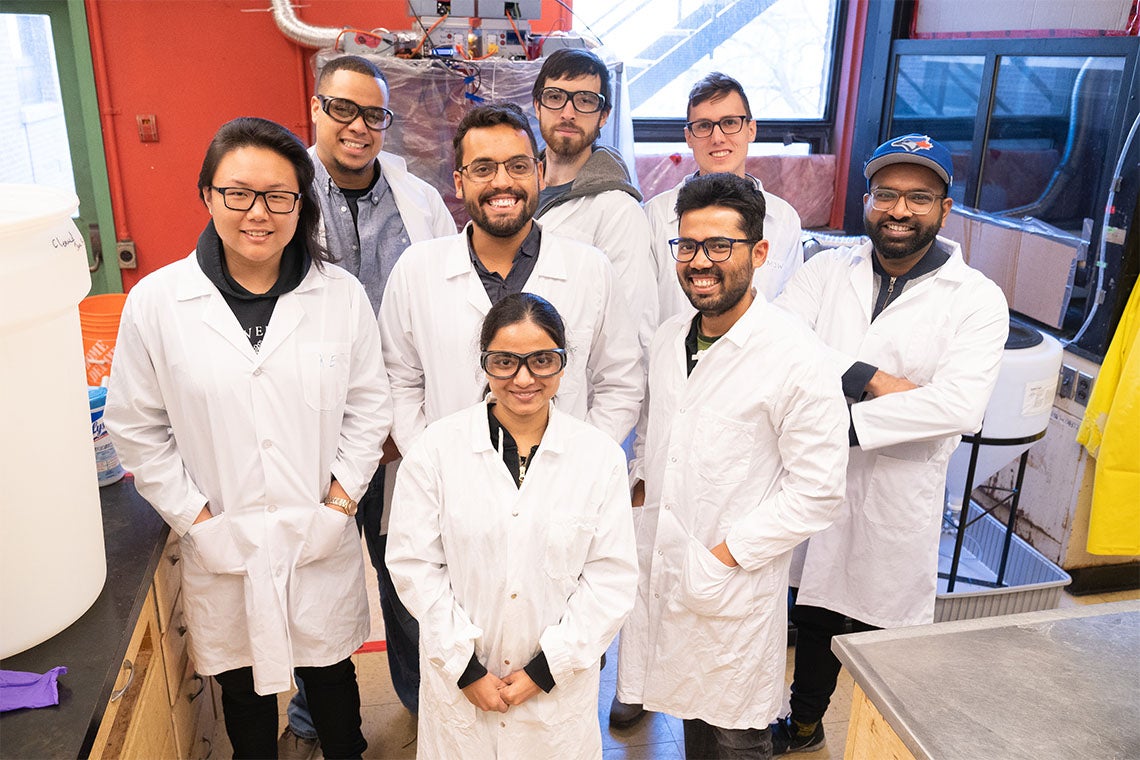 U of T quantum computing tech startup Qoherent also notched a big win this summer – at Startupfest in Montreal, where it competed with over 500 startups from around the world and took home a $100,000 top prize.

Meanwhile, LSK Technologies, another U of T startup, won the $25,000 RBC Entrepreneur Award, the top prize at Toronto-based TiEQuest 2020 in June. Also at TiEQuest, medical device startup Steadiwear – which produces a tremor reducing glove designed for people with conditions such as Parkinson’s disease – walked away with the $2,500 Baylis Medical People's Choice Award.

Steadiwear also captured the Montreal Startup Festival’s highly sought Grandmother’s Choice Award, which is judged by a panel of seniors who serve as a kind of focus group for emerging products aimed at their demographic. At the same festival, U of T startup Integral Health, which is developing a smart digital assistant for surgeons, won the Next 36 Young Entrepreneur Award, joining an elite cohort of emerging company founders. 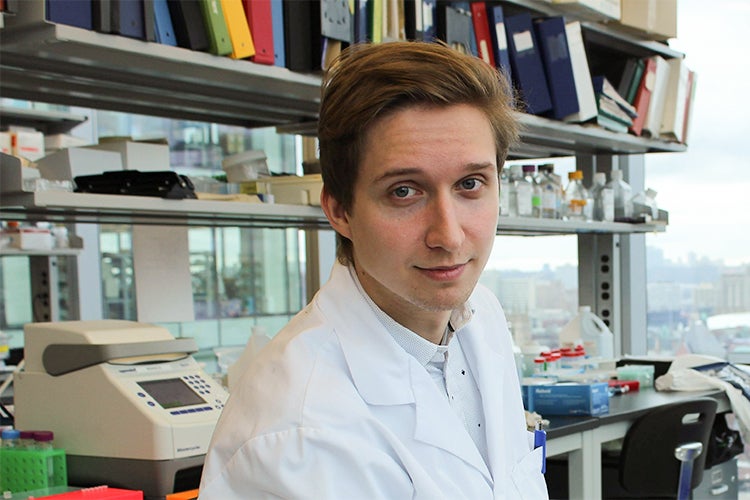 Daniel Szulc of U of T startup Integral Health, which is developing a smart digital assistant for surgeons (photo courtesy of Daniel Szulc)

While going virtual created enormous logistical challenges for pitch competition organizers, it also seemed to encourage a record numbers of competitors, making wins by U of T startups that much more impressive, according to French. He says entrepreneurship, innovation and research commercialization are more important than ever as Canada looks to bounce back from COVID-19 by rebuilding its battered economy.

“I'm looking at these virtual pitch competition victories as a proof that our companies are heading in the right direction,” he says.

The Genecis team says being nimble and adaptable have been key to its success this year – not only at XTC, but at the Novo Nordisk Innovation Challenge, where it captured the top prize of nearly $40,000, and at the 2020 Mondi Lead2030 competition, where it was also among the winners.

Khogali says the company – which earlier this year completed a program at Silicon Valley-based Y Combinator, one of the world’s premier startup accelerators – has shifted its initial focus away from manufacturing to the less capital-intensive business of licensing its process to industry partners.

He credits mentorship the team received from U of T professors and alumni, well as U of T incubators and accelerators such as The Hub at U of T Scarborough, the Entrepreneurship Hatchery and the Creative Destruction Lab (CDL), for helping the Genecis team transform its ideas into a potentially disruptive business. 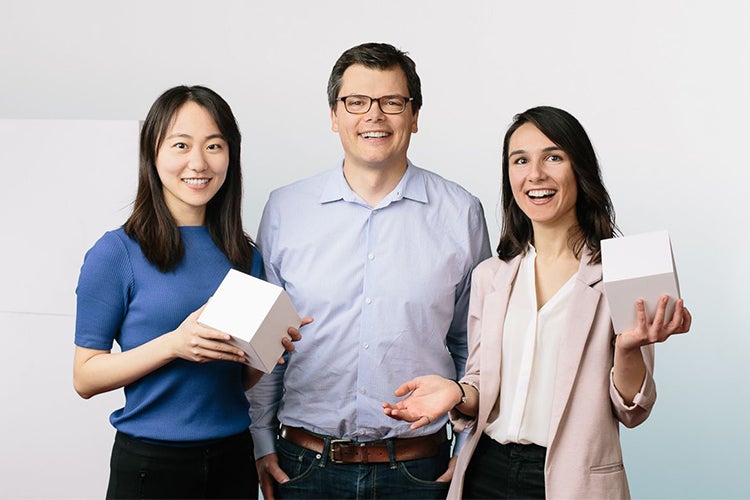 From left to right: Livia Guo, Assistant Professor Keith Pardee and Seray Cicek of LSK Technologies, which is developing a portable, “lab-in-a-box” technology to diagnose COVID-19 and other diseases (photo courtesy of LSK Technologies)

Qoherent founder Ashkan Beigi also says U of T played a key role in helping him grow his company, which aims to help scientists and engineers create wireless technologies and harness the power of machine learning.

Beigi says CDL, based at U of T’s Rotman School of Management, provided him with intensive entrepreneurial training, networking opportunities and a “road map” for the company. He also says the startup co-working space at U of T’s ONramp, shared with partner universities, provided him with an ideal working environment, albeit one he has had to abandon in recent months because of the pandemic.

“I’d love to go back to ONramp when we can because it’s a good space to be in, one of the best I’ve ever seen – and a great community to be part of,” he says.

Winning the Montreal festival suggests Qoherent is on the right track and underscores the value of the guidance he received from CDL and others, Beigi says. 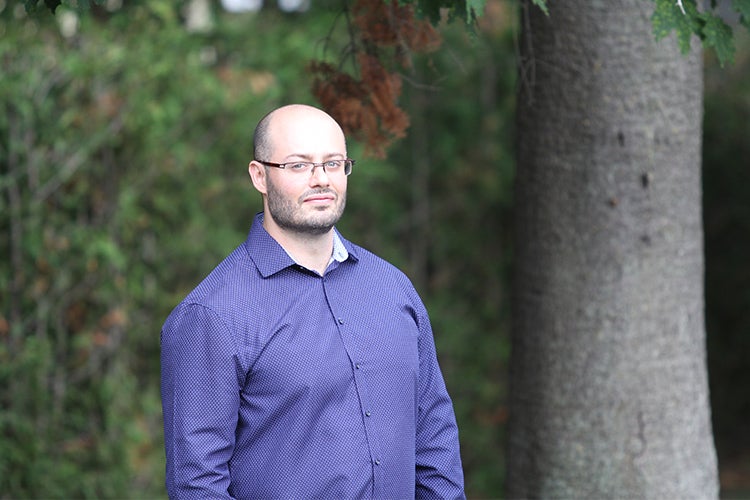 Ashkan Beigi of Qoherent, which aims to help scientists and engineers create wireless technologies and harness the power of machine learning, says the Creative Destruction Lab played a key role in helping him develop the company (photo courtesy of Ashkan Beigi)

LSK Technologies, co-founded by U of T alumna Seray Cicek and Keith Pardee, an assistant professor in the Leslie Dan Faculty of Pharmacy, also credits U of T support as a key factor in the startup’s success. The company, which has also just been accepted into Y Combinator, received support from two of U of T’s campus-linked accelerators: H2i (Health Innovation Hub) and UTEST.

The portable, “lab-in-a-box” technology developed by the researchers was originally focused on other diseases, but the pair pivoted quickly to make COVID-19 a priority when the pandemic hit, Cicek says.

She is hopeful about getting their disease screening device to market early next year.

“We are looking forward to a world where we won’t be looking at a pandemic situation again,” Cicek says. “If we had been able to screen people better earlier this year, then perhaps we could be all meeting in person right now.” 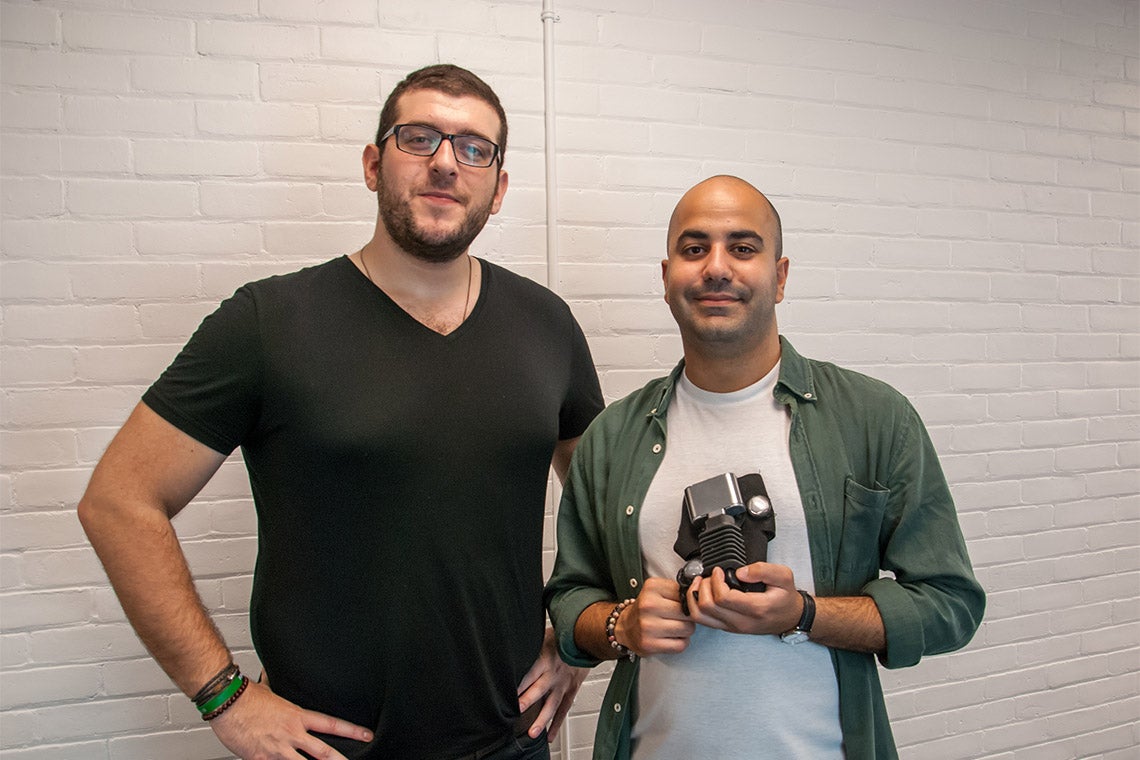 Mark Elias and Emile Maamary are co-founders of Steadiwear, which makes a tremor reducing glove to help people with conditions such as Parkinson’s disease (photo courtesy of Steadiwear)

For their part, Steadiwear co-founders Emile Maamary and Mark Elias say U of T’s expansive entrepreneurial ecosystem helped prepare them for high-pressure pitch and marketing competitions.

After spending early days working at the Impact Centre at the Faculty of Arts & Science, the pair are excited about getting a new, miniaturized version of their glove to customers.

“The original version essentially is like a sleeve that goes halfway up the forearm,” Elias says. “The miniature device doesn’t have any forearm elements and will be available for pre-order before the end of the year.

“It's a big difference when you’re competing in the market.”