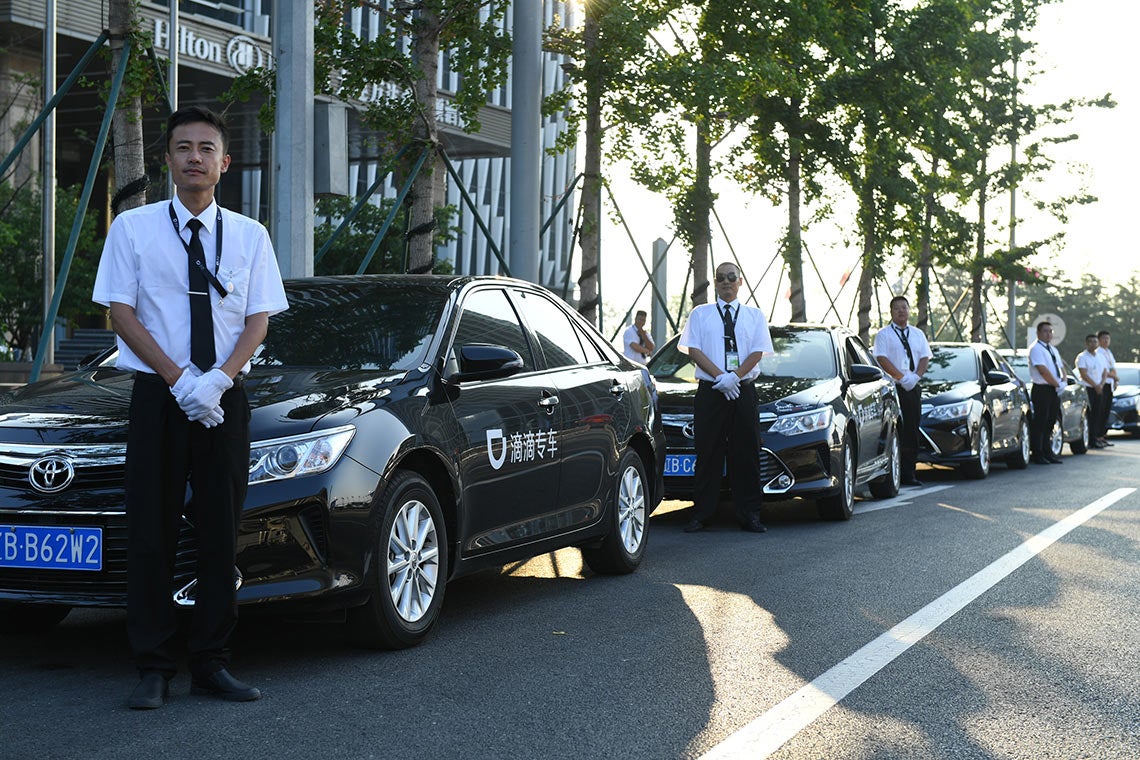 Researchers at the University of Toronto are set to glean powerful insights into transportation networks around the globe – and the cities they support – through a strategic partnership with China’s Didi Chuxing, the world’s largest ride-hailing service.

The Beijing-based company, which goes by DiDi and boasts a half billion users, this week signed a memorandum of understanding with U of T that would allow DiDi to tap into the university’s expertise in artificial intelligence and transportation planning as it builds a global network.

The hope is the deal, which will fund U of T research and graduate student awards, will lead to a larger collaborative agreement between DiDi and U of T focused on fields ranging from computer vision to smart cities.

“While DiDi is headquartered in Beijing, their network reaches over 80 per cent of the world’s population – geographies including China, but also Brazil, Mexico, Australia and Japan,” said Ted Sargent, U of T’s vice-president international, referring to DiDi’s network of partnerships with ride-hailing firms across the globe.

“So you can only imagine that, for the university’s roboticists, traffic engineers or computer vision experts, collaborating with DiDi means they get to have [both] a multiplicative impact and have a real impact on people’s lives.” 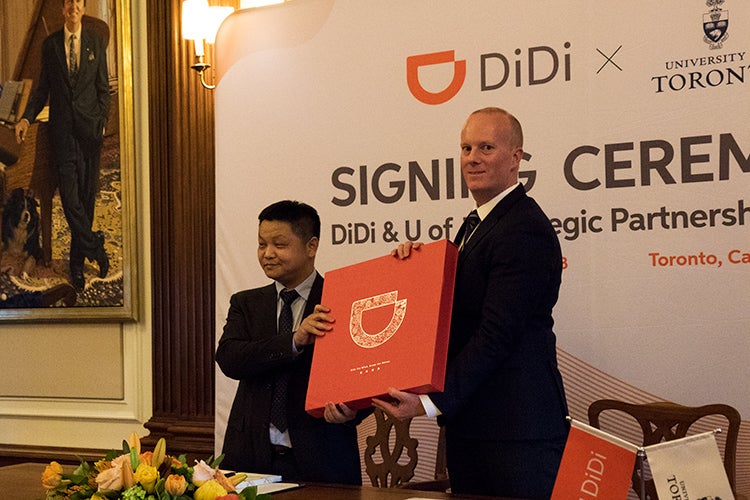 Founded in 2012, DiDi is a fast-growing transportation services company that offers a range of app-based services to its 550 million-strong user base – everything from taxi and luxury car rides to bike sharing and food delivery. The company also partners with ride-hailing networks like Uber and Lyft to extend its reach to over 1,000 global cities.

U of T, meanwhile, has long been a leader in transportation research and planning through the work of Eric Miller, a professor of civil engineering, and his Transportation Research Institute colleagues. This expertise in why and how people move around their cities, paired with the recent emergence of U of T as a global hub for AI research, is among the reasons DiDi sought out U of T to help inform its future development.

DiDi isn’t only looking to offer rides to people who need them. It’s also using the vast amount of data it collects to work with cities to alleviate congestion and make transportation networks safer and more efficient – a focus that dovetails with U of T’s commitment to understanding and improving upon how cities work as demonstrated by the launch of the School of Cities earlier this year.

In a public lecture held at U of T on Monday, Fengmin Gong, the head of DiDi Labs in Silicon Valley, explained how the Chinese giant is analyzing the 30 million trips taken on its platform each day to help predict traffic patterns, optimize traffic lights, co-ordinate on-ramp access to freeways and even recommend where to add new subway service. 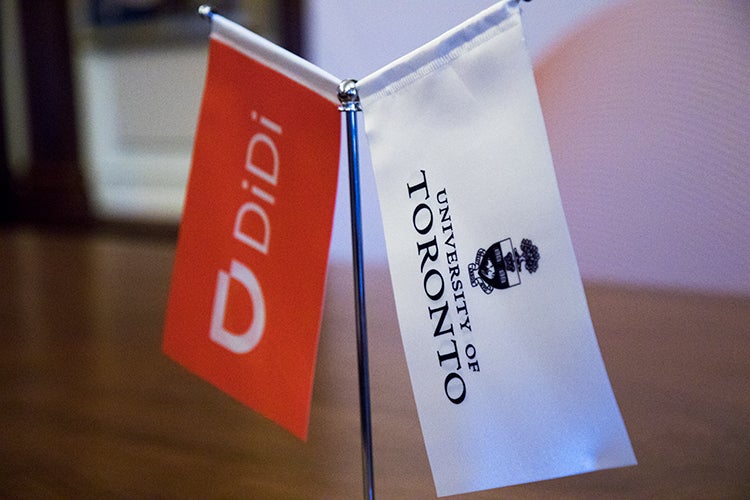 DiDi also announced this week it is launching an R & D lab in Toronto, making it the latest in a long line of multinational firms to set up or expand their operations in Toronto in recent years – often with a connection to U of T. The new lab, the company’s second in North America, will be led by Senior Vice-President Jun Yu, who is also the chair of DiDi’s product and design committee.

Yu signed the memorandum of understanding with U of T, emphasizing DiDi’s desire to contribute to the burgeoning Toronto innovation ecosystem that the university underpins.

“I’m honoured and privileged to kick off the strategic partnership between DiDi and the University of Toronto,” Yu said during a signing ceremony at Simcoe Hall.  “We look forward to inventing and innovating together.”

DiDi’s decision to invest in Toronto – and U of T – follows a March visit to the university and meetings with several faculty members.

“We are attracted to the talent at U of T and the very well-known research activities by the faculty,” said Gong during a question and answer session following his lecture.

“To us, it’s really about the ecosystem – the talented students and faculty, the startups and entrepreneurship culture.”