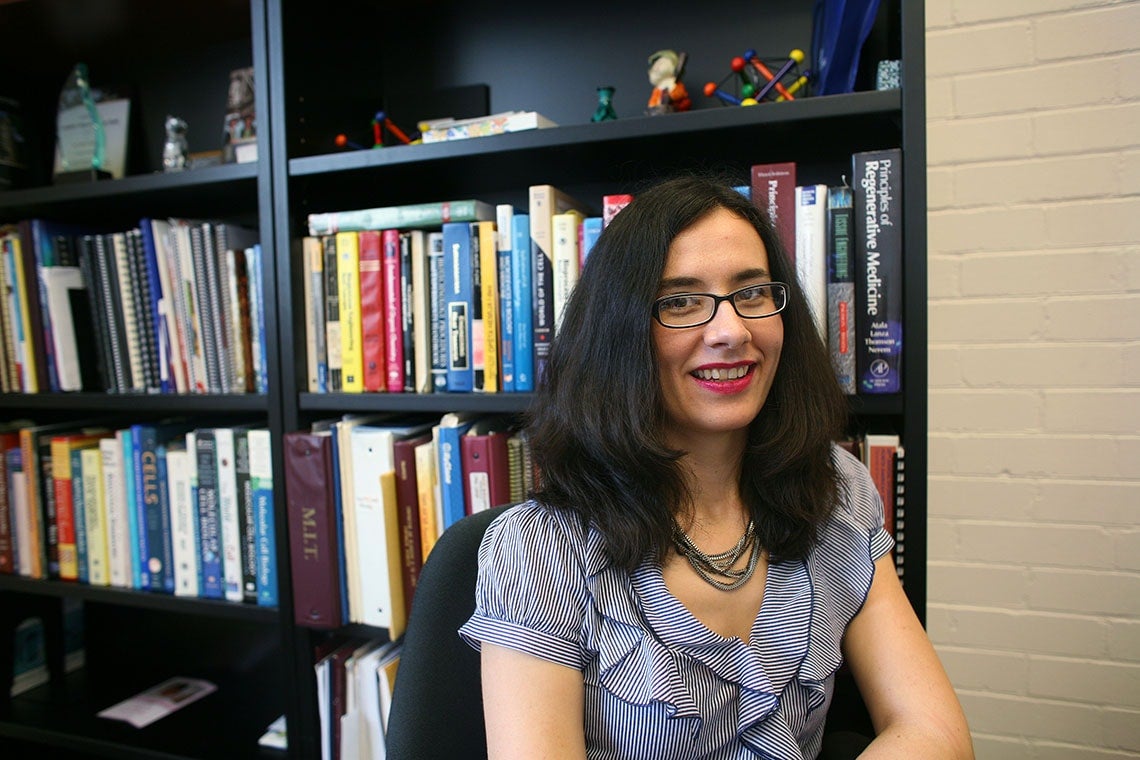 The University of Toronto's Milica Radisic  has been named the 2017 recipient of the Steacie Prize, awarded each year to an engineer or scientist 40 years of age or younger who has made notable contributions to research in Canada.

The prize is administered by the E.W.R. Steacie Memorial Fund, a private foundation dedicated to the advancement of Canadian science and engineering.

As the Canada Research Chair in Functional Cardiovascular Tissue Engineering, Radisic of the Faculty of Applied Science & Engineering has made transformational advances in tissue engineering resulting in new methods for growing human tissue in the lab. Radisic was the first in the world to use electrical impulses and specially designed bioreactors to guide isolated heart cells to assemble into a beating structure. These beating heart tissues are already being used to test potential drugs for side-effects.

Radisic and her team recently developed an injectable tissue patch that could help repair hearts, livers or other organs damaged by disease or injury, potentially eliminating the need for invasive transplant surgeries. They have also created the AngioChip, a 3D, fully vascularized piece of heart tissue that beats in real time. Radisic’s technologies are the foundation for the startup TARA Biosystems, which is now working with several major pharmaceutical companies on drug discovery and validation using the matured human heart tissues developed in her lab.

“I am truly honoured and humbled to receive this prize in memory of E.W.R. Steacie and join the group of outstanding Canadian scholars who have won it in previous years,” said Radisic. “It is important to emphasize that I have not done all of the work alone. I am thankful to the many students and post-docs in my lab who made the work possible and the network colleagues and collaborators at the University of Toronto.”

“Professor Milica Radisic is revolutionizing the field of cardiovascular tissue engineering and the impact of her research is extraordinary,” said Cristina Amon, dean of the Faculty of Applied Science & Engineering. “She is most deserving of her continued recognition as one of Canada’s most talented young engineering researchers.”