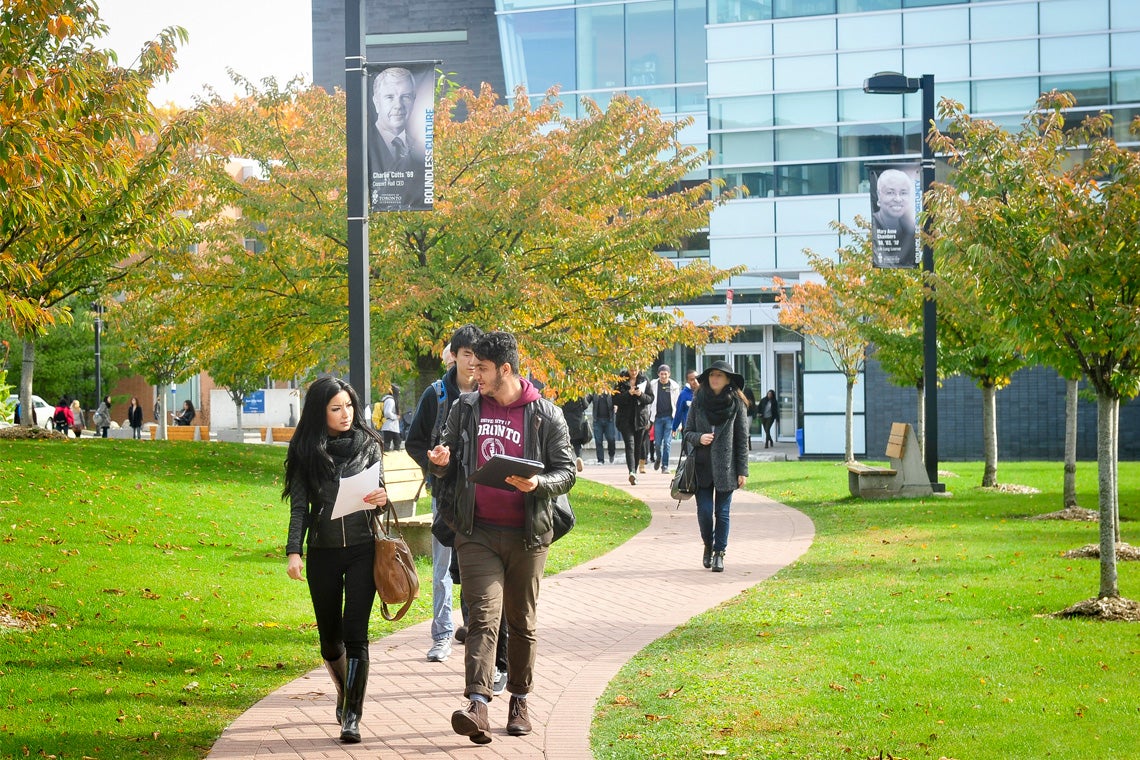 Affordability has become a primary concern for Toronto residents – from the rising value of homes to soaring rents. But in conversations about affordable housing, one group is often left out: post-secondary students.

The presidents of Toronto’s universities – the University of Toronto, Ryerson University, OCAD University and York University – are pooling their resources and expertise to address this fundamental issue faced by students through the StudentDwellTO initiative.

Since 2017, faculty and students at the four universities have been working together to conduct an extensive literature review, teach studio courses, hold focus groups with students, analyze data and look for solutions to student housing issues.

Their work converged this week at StudentDwell+, a two-day symposium held at York University where groups presented their findings and scholars from around the world shared their expertise.

President Gertler told symposium attendees that universities can achieve more by working together.

“This is a theme that is common to all four universities.”

More than 60 per cent of undergraduate students are on needs-based financial aid, continued President Gertler, adding that the numbers are higher at U of T Scarborough and U of T Mississauga.

“Our students face growing challenges in terms of their financial situation,” he said. 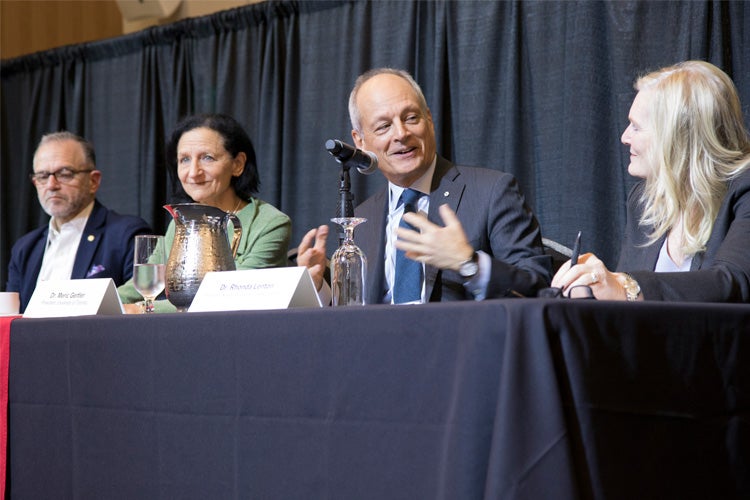 The four universities had previously worked together on StudentMoveTO, a large-scale survey of student travel behaviours. The results detailed the sacrifices students were making by paying a premium to live close to campus or commute long distances to get to school.

“The StudentMove data is amazing because you really see that the longer the commute, the more students try and concentrate their learning and their research experience and their on-campus work experience into a couple of days,” said Diamond.

See the results from StudentMoveTO

At the symposium, members of StudentDwell’s core team presented some of the initial findings from 26 focus groups conducted with 116 students on six campuses. They included concerns about: limited on-campus housing options; predatory landlords; high transportation costs; and limited ability to participate in extracurricular activities if students lived far away from their classes.

Students also said their physical and mental well-being had taken a toll because of housing-related stress, including feelings of isolation from not being able to participate fully in campus life.

In speaking with students and reading literature on student housing, it became clear that one of the key issues is that students are rarely consulted in the decision-making processes around student housing, said Shelagh McCartney, an assistant professor at Ryerson’s School of Urban and Regional Planning and a StudentDwell member.

“There's a lot of perspective from parents and from developers in these discussions, but there are very few from actual students,” she told U of T News.

When it comes to finding solutions for student housing challenges, it’s not about finding a silver bullet, but “trying to understand how you can leverage positive and negative things to actually come up with an opportunity to do something,” said Mauricio Quirós Pacheco, an assistant professor, teaching stream at the John H. Daniels Faculty of Architecture, Landscape and Design who is also part of StudentDwell.

The StudentDwell team suggested ways for universities to get started on addressing students' housing needs.

Marcelo Vieta, assistant professor at U of T’s Ontario Institute for Studies in Education, said universities should look beyond developers to forge housing partnerships with non-profits, governments and co-operatives. He also said it was important to amplify student voices by teaming up with organizations such as student unions.

While design solutions are also being looked at, changing policy is also an important part of the equation, said Vieta.

“It's this unregulated private market with abusive landlords that's a major issue that's directly impacting [students’] education,” he told U of T News.

During the presidents’ panel discussion, President Gertler echoed these challenges.

“The status quo is clearly not working here,” he said. “We do need to find creative alternatives that depart from the standard private market model.”

One of the ways the U of T is doing so is through its “four corners” real estate strategy, according to President Gertler.

The strategy, which includes new residences like the proposed tower at Spadina and Sussex Avenues (left), focuses on “how we can utilize our land assets in particular in ways that generate value for the university and enhance our academic vision, and, at the same time, enhance the livability of everyone in the Greater Toronto Area,” President Gertler said.

U of T is in conversations with “socially-minded” developers who have a “shared goal of ensuring the continued dynamism of the city by ensuring people who live there are diverse in every sense of the word, including their socioeconomic position,” President Gertler added.

All four university leaders stressed the important role universities play in quality of life for Toronto residents and in addressing urban challenges.

“You see an increasing awareness of the importance of understanding the impact universities are actually having in bringing together multiple sectors, in bringing together not-for-profits or private industry to collaborate together and really leveraging individual strengths, and how to make a maximum difference or a maximum impact with a particular problem we're dealing with,” said Lenton.

In holding an event like StudentDwell+, Quirós Pacheco said those conversations between stakeholders can begin to take place.