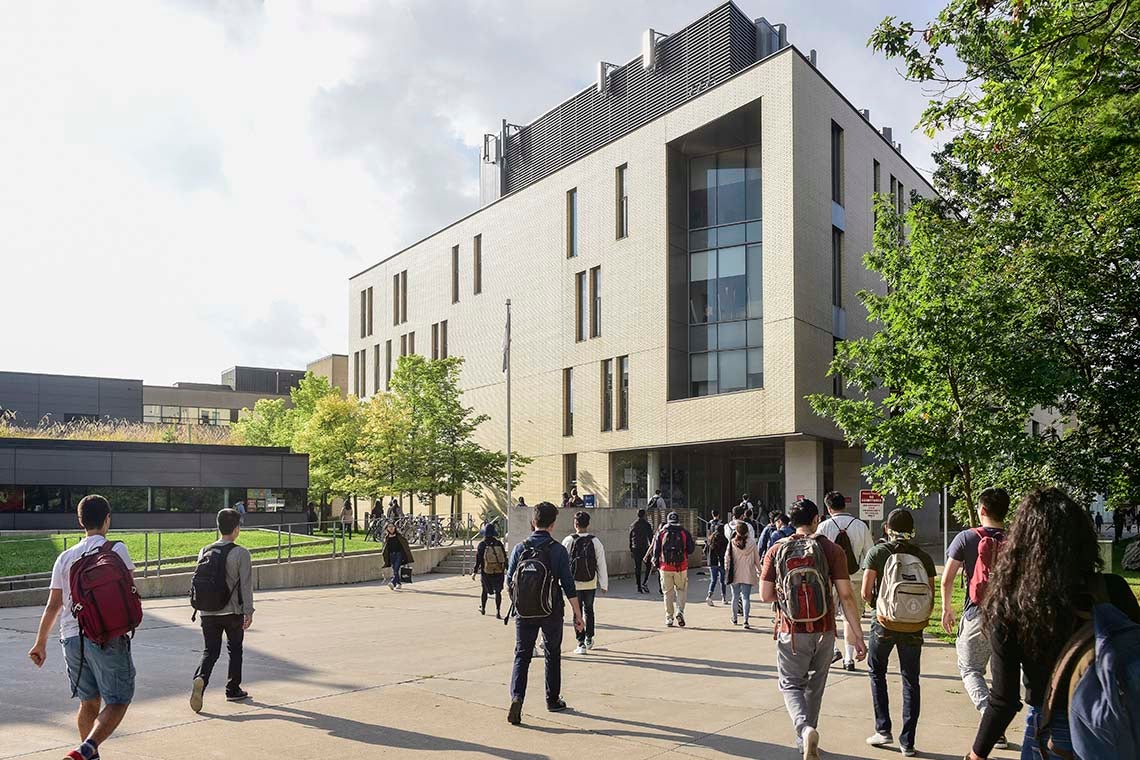 The University of Toronto has moved up one spot, to 21st place, in the latest edition of the influential Times Higher Education rankings of the world’s best universities.

The 2019 rankings, released today, also saw U of T retain its positions as Canada’s top university and one of the top 10 publicly funded institutions in the world.

“We are very pleased to see the University of Toronto once again ranked among the world’s best universities,” said U of T President Meric Gertler.

“It’s a recognition of both the strength and impact of the research, as well as the exceptional quality of teaching, that takes place across U of T’s three campuses every day.”

The world-class research produced at U of T, in fields ranging from African studies to radiation oncology, played a significant role in the university’s strong showing. That’s because Times Higher Education places the heaviest emphasis on research, citations and teaching in its rankings.

The top schools in the 2019 Times Higher Education rankings were largely unchanged from last year. The first three spots were once again held by University of Oxford, University of Cambridge and Stanford University.

The other Canadian universities in the rankings’ top 100 were the University of British Columbia (37th), McGill University (44th), McMaster University (77th) and Université de Montréal (90th), which climbed 18 places to enter the top 100 for the first time since 2013.

Editors at Times Higher Education said Canada has a unique opportunity to further establish itself in the higher education landscape as both the U.S. and U.K. become more inward-looking when it comes to issues surrounding immigration.

“Government initiatives to increase the number of overseas students studying in the country and provide additional support to such students are likely to further improve [Canada’s] already-strong higher education sector,” Ellie Bothwell, the editor of global rankings, said in a statement.

Several schools in China made significant gains in the rankings. Tsinghua University, for example, was up eight places to 22nd, the University of Science and Technology of China was up 39 places to 93rd and Zhejiang University was up 76 places to 101st.

In a magazine op-ed published by Times Higher Education this week, President Gertler explained how U of T has capitalized on its location in Toronto, one of the world’s most livable cities, to recruit top faculty and students from around the world.  That includes finding novel ways to work on city-building initiatives with communities surrounding U of T’s three Toronto-area campuses and the launch of a new School of Cities, which is charged with finding solutions to the most pressing challenges facing the world’s urban areas.

“Our strategy has provided a framework for leveraging more systematically the benefits of ‘being there,’ in a culturally rich, economically vibrant urban region,” President Gertler wrote. “In the process, it has enhanced our ability to achieve our core academic objectives.”

U of T’s strong showing in the latest Times Higher Education rankings comes on the heels of similarly robust performance in another ranking by the same organization earlier this year focused on university reputations. In that ranking, U of T placed 22nd in the world – and first in Canada – based on the power of its university brand. That’s up two spots from the previous year.

U of T is also among only a handful of global universities to be highly ranked across all disciplinary fields.