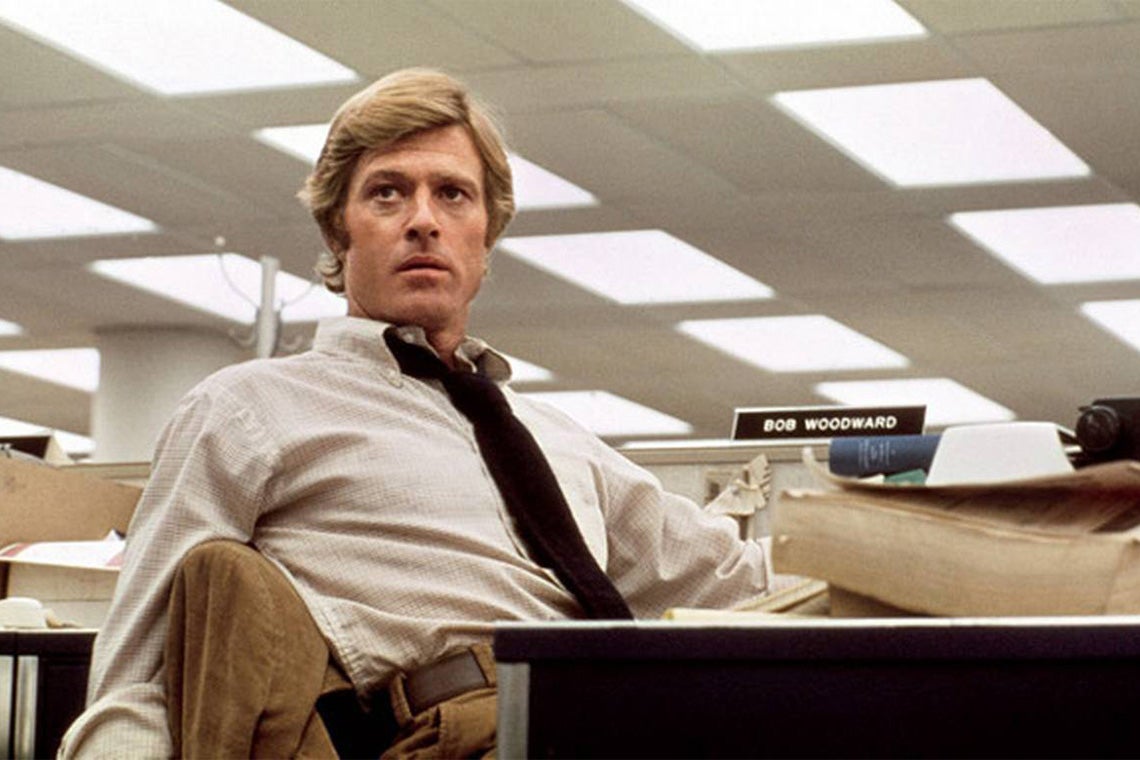 The classic 1976 movie All the President’s Men, starring Robert Redford, helped establish a "heroic" narrative about investigative journalism, according to U of T Professor Sandford Borins (photo by Warner Bros)

In one of the most iconic scenes in All the President’s Men, a mysterious figure emerges from the shadows of a deserted parking garage and tells Bob Woodward, a young, hungry reporter, “Just follow the money.”

The classic 1976 movie established several elements that came to characterize movies about investigative journalism – not to mention the occupation itself, according to a new study by Sandford Borins, a professor in the department of management at the University of Toronto Scarborough.

“The average person doesn’t know much about journalism at work, because they rarely come into contact with journalists. They only see the output,” Borins says.

Borins analyzed six American movies about investigative journalism made in the United States over the last 40 years, beginning with All the President’s Men, which follows reporters Woodward (Robert Redford) and Carl Bernstein (Dustin Hoffman) as they expose the Watergate scandal.

Movies in the same genre often incorporate the same fables – structural elements such as character types, themes and plot points. Borins’s study, co-authored with scholar and author Beth Herst and published in Journalism Practice, looks at what fables exist in the subgenre of investigative journalism movies.

In the heroic investigative fable, a team of journalists begin to research and then enlist support from their editor to pursue a story. The journalists interview sources and sift through mountains of documents, piecing the paper trail together. Despite opposition, the story is eventually published, leading to social change.

A unique element of the fable, and of the subgenre of investigative journalism movies, is the lack of screen time given to the journalists’ personal lives.

“In typical journalism movies, there’s always the love story in the back, and these movies purposely say, ‘That’s not what we’re talking about,’” Borins says. “I think that communicates to the audience a level of seriousness, that this is really important and it demands our complete attention.” 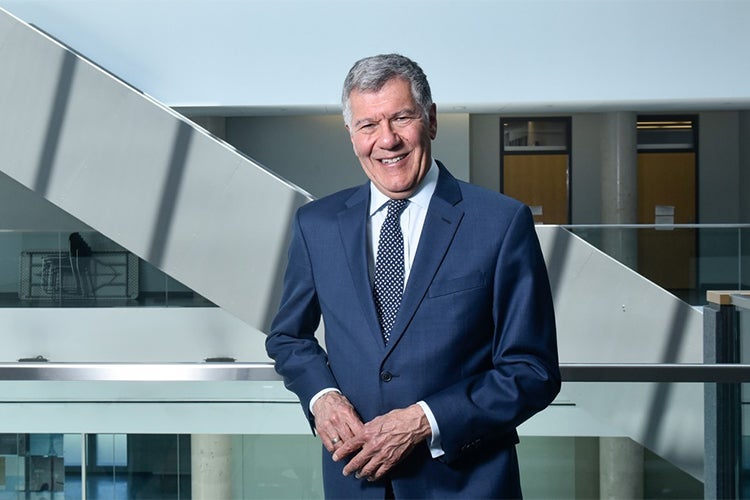 Sandford Borins, a professor of management at U of T Scarborough, says movies about investigative journalism can create unrealistic expectations at a time when reporters face allegations of “fake news” and mass closures of newspapers (photo by Ken Jones)

Borins then used the fable to examine five movies. Two were stories of clear success that embodied the heroic investigative fable (All the President’s Men and Spotlight). Two were stories in which the impact of the investigative journalism was lessened by conflicts with corporate managers of media outlets (Good Night and Good Luck and The Insider). The final two were counter-fables in which the investigative journalists ultimately failed (Truth and Kill the Messenger).

The study, supported by the Social Sciences and Humanities Research Council of Canada, cites several works on the impact of movies. These narratives can shape a person’s beliefs, their social and policy views, their activities in the public sphere and even inspire activism.

Borins, for his part, remains hopeful.

“The fact that you have an administration led by someone for whom lying is like breathing and enablers who try to cover this up has stimulated investigative journalism at the national level in the U.S.,” Borins says.

“And journalists in different countries are aware of each other’s efforts.”