U of T researcher signs on to charter aimed at making Toronto 'flood resilient': Toronto Star 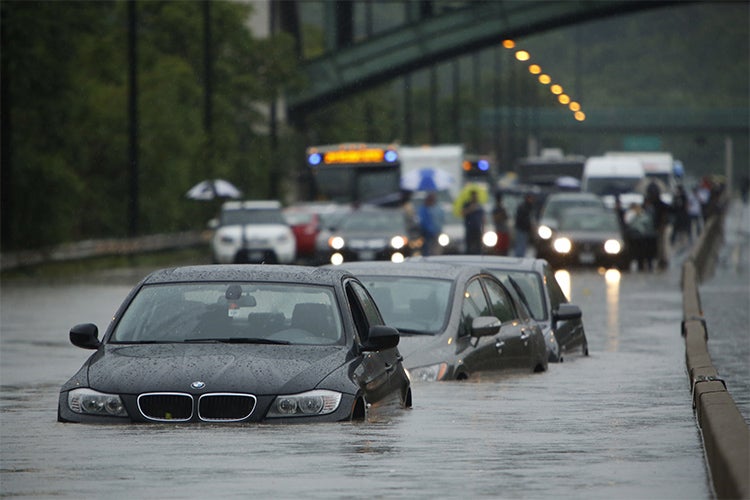 Fadi Masoud, an assistant professor of landscape architecture and urbanism at the John H. Daniels Faculty of Architecture, Landscape, and Design, has signed on to a landmark charter that will see representatives of municipal and provincial agencies work together to find ways to reduce urban flooding in Toronto.

Signatories to the Flood Resilient Toronto Charter – which include officials from Toronto Hydro, the Toronto Transit Commission, Conservation Ontario and the provincial environment ministry – will use cutting-edge data and collaborative projects to identify and protect city locations most vulnerable to flooding from storm water, the Toronto Star reported.

Masoud told the Star that urban flooding was a growing concern, “so for Toronto to be resilient, we have to be able to acknowledge it and deal with it.”

He added that the collaborative efforts of charter signatories will support the compilation of new flood-risk data, which will enable more effective planning of flood-prevention measures.

Kent Moore, a professor of atmospheric physics in U of T Mississauga’s department of chemical and physical sciences, told the Star that Toronto’s temperatures have risen by between one and 1.5 degrees over the past three decades. Moore explained that humidity caused by warmer temperatures can lead to heavy rainfall.

Read the article in the Toronto Star