U of T remembers Desmond Tutu, global human rights leader and friend of the university 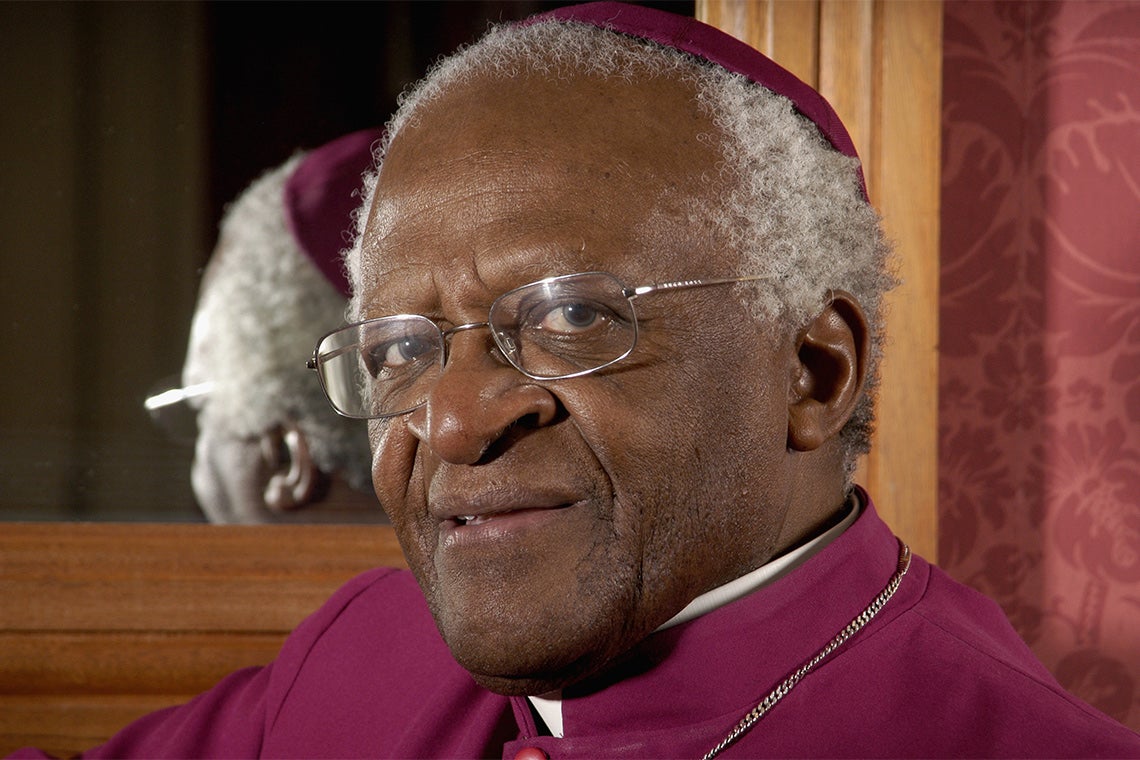 Hundreds filled Hart House’s Great Hall at the University of Toronto nearly 22 years ago to hear from Anglican Archbishop and anti-apartheid activist Desmond Tutu, who had come to campus to accept an honorary degree.

In addition to an honorary Doctor of Laws from U of T, Tutu also received an honorary doctorate of divinity from Trinity College.

Tutu died on Dec. 26 at age 90, sparking an outpouring of emotion from supporters, including political and spiritual leaders from around the globe. After a week of mourning in South Africa, Tutu was laid to rest in a simple casket during a state funeral in Cape Town on Jan. 1. 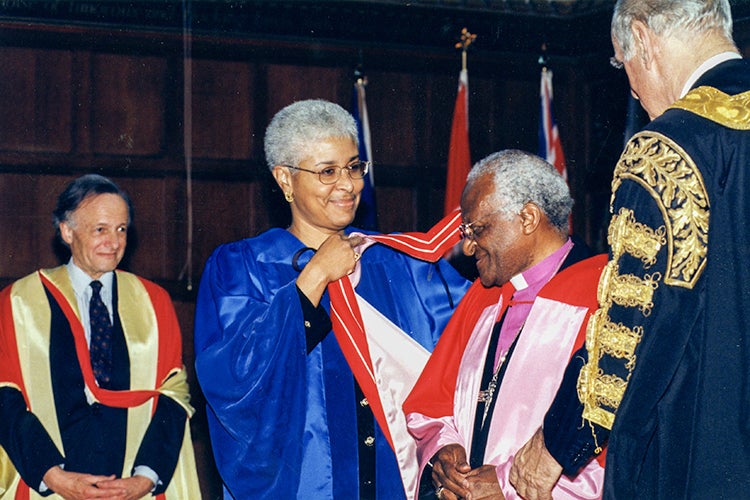 U of T President Meric Gertler saluted the archbishop’s advocacy for truth, justice and reconciliation.

“Archbishop Tutu was a distinguished member of the U of T community – a religious and political leader of extraordinary moral courage and determination,” President Gertler said. “With his uncompromising commitment to truth, reconciliation and justice, in South Africa and globally, Archbishop Tutu was a vital force in the fight against apartheid. He demonstrated to us all the power of humanity in the face of violence and injustice.

“An important voice for civil rights, nonviolent resistance and moral justice has fallen silent, and on behalf of our community, I extend deepest condolences to Archbishop Tutu’s family and loved ones.”

A graduate bursary in divinity studies at Trinity College was established in Tutu’s name last fall in honour of his 90th birthday. The scholarship goes to a master’s student who demonstrates an interest in humanitarianism, truth and reconciliation or climate change.

Tutu, who retired from public life in 2010, wrote a letter thanking donors.

“It is an immense pleasure to see my friends come together to give and to create something that will benefit young people,” he said. “It is a generous act and I am deeply touched by it.”

Tutu was awarded the Nobel Peace Prize in 1984 for his role as a “unifying leader figure” in the non-violent campaign against apartheid. The following year he became the first Black Anglican bishop of Johannesburg and then, in 1986, was elected as the first Black archbishop of Cape Town. In the 1990s, Nelson Mandela appointed Tutu chair of South Africa’s Truth and Reconciliation Commission, charged with investigating crimes during the apartheid era.

In 2013, shortly after Mandela’s death, Tutu prepared a video message about his longtime friend for a tribute ceremony held at U of T’s Convocation Hall that was co-hosted by U of T and then-Lieutenant Governor of Ontario David Onley in partnership with the South African community.

“You are a tribute to his role as a beacon for global human rights and to his legacy of peace and reconciliation,” he told those in attendance.

“I hope that, today, you follow the South African tradition and join us in singing, dancing and giving thanks to God for Madiba,” he added, using Mandela’s clan name.

In his later years, Tutu continued to speak out in the name of justice on issues ranging from climate change, homophobia and the persecution of minorities. “If you are neutral in situations of injustice, you have chosen the side of the oppressor,” he once famously said. “If an elephant has its foot on the tail of a mouse and you say that you are neutral, the mouse will not appreciate your neutrality.”

Tutu’s commitment to public service continued right up until the end.