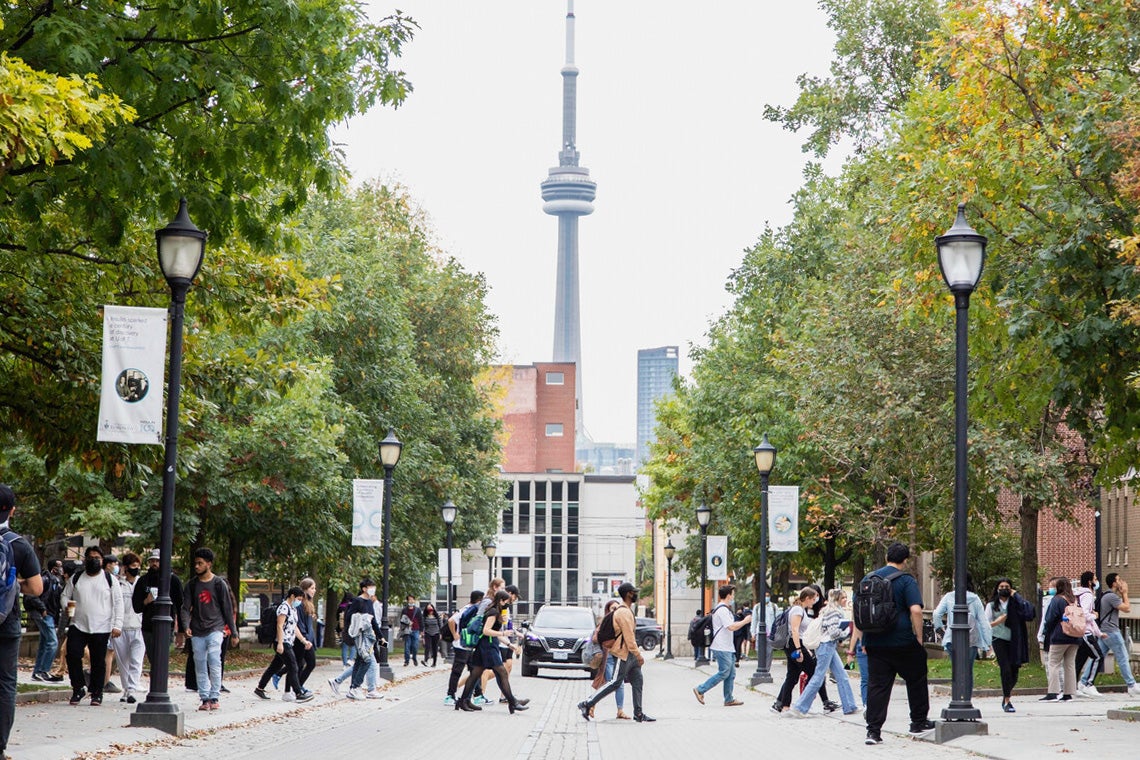 The University of Toronto and other post-secondary institutions play a key role in fueling Canada’s economic prosperity and supporting a research and innovation ecosystem that prepares workers for the jobs of the future, U of T President Meric Gertler said during a workforce summit this week.

He made the remarks at an event titled “Workforce Summit 2.0: Closing the Talent Gap” that was hosted by the Toronto Region Board of Trade.

The summit, which took place in-person and virtually, brought together senior leaders from business, academia and government – including Ontario Premier Doug Ford and Monte McNaughton, Ontario’s minister of labour, training and skills development – to discuss how to leverage strong local talent pools and tap into global talent to contribute to the success of the GTA’s economy. 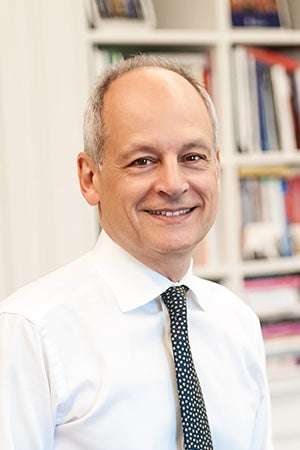 “Our knowledge economy is quietly the talk of North America,” President Gertler said, referring to a recent New York Times article that described Toronto’s meteoric rise as a tech hub.

Toronto now ranks third in North America – behind only Silicon Valley and New York City – when it comes to the number of tech workers, and its growth has outpaced all cities in the United States, according to data cited by the newspaper.

To take one recent example: Facebook parent Meta Platforms Inc. said Tuesday – the same day as the Toronto Region Board of Trade event – that it will launch an engineering hub in Toronto that’s expected to create up to 2,500 jobs over the next five years.

Premier Ford, who attended Meta’s announcement, said the company’s expansion in Toronto demonstrated the strength of the province’s workforce.

“There is no better place than Ontario to build the digital economy of tomorrow,” he said at the summit.

President Gertler, meanwhile, told summit attendees that universities are important talent pipelines that help draw tech giants – the likes of Meta, Uber and Google – to the region and that the presence of these “anchor companies” spurs further innovation and prosperity.

He cited Professor Raquel Urtasun’s self-driving technology start-up Waabi as a recent example. Urtasun, who previously headed Uber’s self-driving research and development lab in Toronto, launched Waabi in June of last year after the Uber division was sold to Aurora. The start-up raised more than $100 million in initial financing.

Cohere, another much-vaunted start-up that aims to embed natural language processing capabilities in business tools like chat bots, was co-founded by U of T alumni who worked with U of T University Professor Emeritus and deep learning pioneer Geoffrey Hinton at Google.

“Once here, these anchor companies have a profound impact on the evolution of the regional economy, often in surprising and unexpected ways that defy the conventional wisdom,” President Gertler said.

He also noted that Toronto is a major centre of health education, training and innovation, with the recent launch of the Scarborough Academy of Medicine and Integrated Health (SAMIH) at U of T Scarborough marking the latest addition to the ecosystem.

“This partnership among the Temerty Faculty of Medicine, the Bloomberg Faculty of Nursing and local hospitals will leverage the exceptional talents of students in the eastern GTA to meet the urgent need for physicians and other health-care professionals in the area, and grow the pipeline of life science graduates,” he said.

With 95,000 students at U of T, and more than half of its domestic undergraduates coming from households of modest means, President Gertler emphasized that universities not only contribute to regional prosperity, but also to social mobility and cohesion. U of T plays a key role in ensuring that Toronto’s talent pipeline remains diverse and inclusive, and that the benefits of technology-led growth are widely shared, he said.

“Of course, excellence and inclusion are mutually reinforcing. Welcoming a diverse array of creative and talented people has been a vital part of successful regional clusters around the world, from London to Singapore to Silicon Valley,” he said.

“And we need to support both home-grown success stories and inbound investment from abroad to drive local prosperity. We need to ramp up both our production of well-educated graduates and immigration – both/and, not either/or.”

McNaughton, Ontario’s minister of labour, training and skills development, underlined the opportunity costs associated with a lack of skilled workers in certain sectors of the economy – particularly clean-tech and biotech.

“Unfilled jobs cost Ontario billions of dollars in lost productivity every single year. Worse, they can force companies to close or relocate, affecting local jobs and families,” he said. 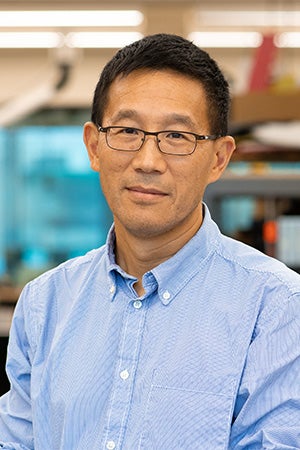 During a panel discussion focused on strengthening talent pipelines, Christopher Yip, dean of U of T’s Faculty of Applied Science & Engineering, discussed initiatives that help students get on-the-job experience and an exposure to different fields. They include U of T Engineering’s Professional Experience Year Co-Op Program, which he said has helped undergraduate students get a foot in the door at desirable employers such as Apple, Procter & Gamble and Tesla through 12- to 16-month placements.

“Right now, we’re seeing 92 per cent of our first years are now registered to do a Professional Experience Year,” Yip said.

“What we’re seeing right now is our students, especially in engineering – they don’t want to be pushed into silos,” he said. “They want to get such a broad-based education, they want to get opportunities, work on multi-disciplinary teams and they want work opportunities that reflect that.”

To that end, U of T Engineering offers a range of minors and certificates that give students the opportunity to explore other subjects, including music. Yip underlined his point by giving a shout-out to the Skule Stage Band, who he recently posted about on Instagram.

Yip said the university needs to work collaboratively with partners in other sectors to ensure the prosperity of the city and the province.

“From the university’s perspective, one of the key challenges and key opportunities for us is actually having the realization that we all work together in a full continuum,” he said.

“What’s really important is the diversity of ways that individuals, companies and government can all work with the university to build partnerships … to build and grow what’s important for Ontario.”