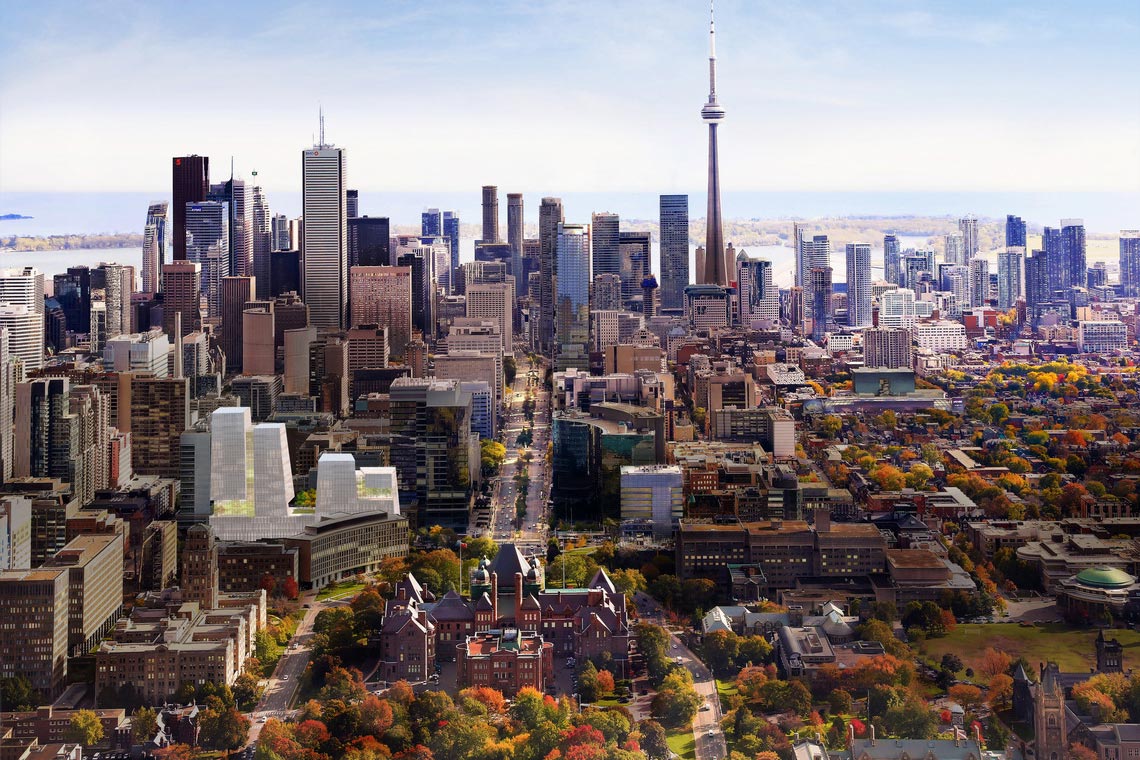 The Schwartz Reisman Innovation Campus, a planned AI and biotech hub that's depicted at the lower left of the image, is yet another example of how U of T is supporting Toronto's rapidly expanding tech sector (rendering courtesy of Weiss/Manfredi)

Researchers, entrepreneurs and workforce-ready graduates from the University of Toronto and other post-secondary institutions are playing a key role in fueling and sustaining Toronto’s technology boom, the New York Times reports.

In a feature story that explores the evolution of Toronto’s tech sector, the U.S. paper focuses on the evolution of thriving innovation ecosystem that has convinced big tech giants – from Microsoft to Amazon – to set up local offices and vie for top talent alongside scores of flourishing Canadian startups.

“Thanks to years of investment from local universities, government agencies and business leaders and Canada’s liberal immigration policies, Toronto is now the third-largest tech hub in North America,” technology correspondent Cade Metz writes. “It is home to more tech workers than Chicago, Los Angeles, Seattle and Washington, D.C., trailing only New York and Silicon Valley, according to CBRE, a real estate company that tracks tech hiring.

“Toronto’s tech work force is also growing at a faster clip than any hub in the United States.”

Discussions about the growth of Toronto’s tech scene inevitably reference the seminal contributions of U of T University Professor Emeritus Geoffrey Hinton, “whose research set in motion the recent boom in artificial intelligence,” notes the Times. The article also highlights the role of a younger generation of AI pioneers such as Professor Raquel Urtasun, founder of self-driving technology startup Waabi, and Hinton protégés Aidan Gomez and Nick Frosst, co-founders of AI language processing startup Cohere.

The article goes on to cite the Vector Institute for Artificial Intelligence and the upcoming Schwartz Reisman Innovation Campus – an AI and biotech hub made possible by a $100-million gift from Gerald Schwartz and Heather Reisman – as examples of how institutions like U of T are nurturing Toronto’s thriving tech ecosystem.

Read the story in The New York Times