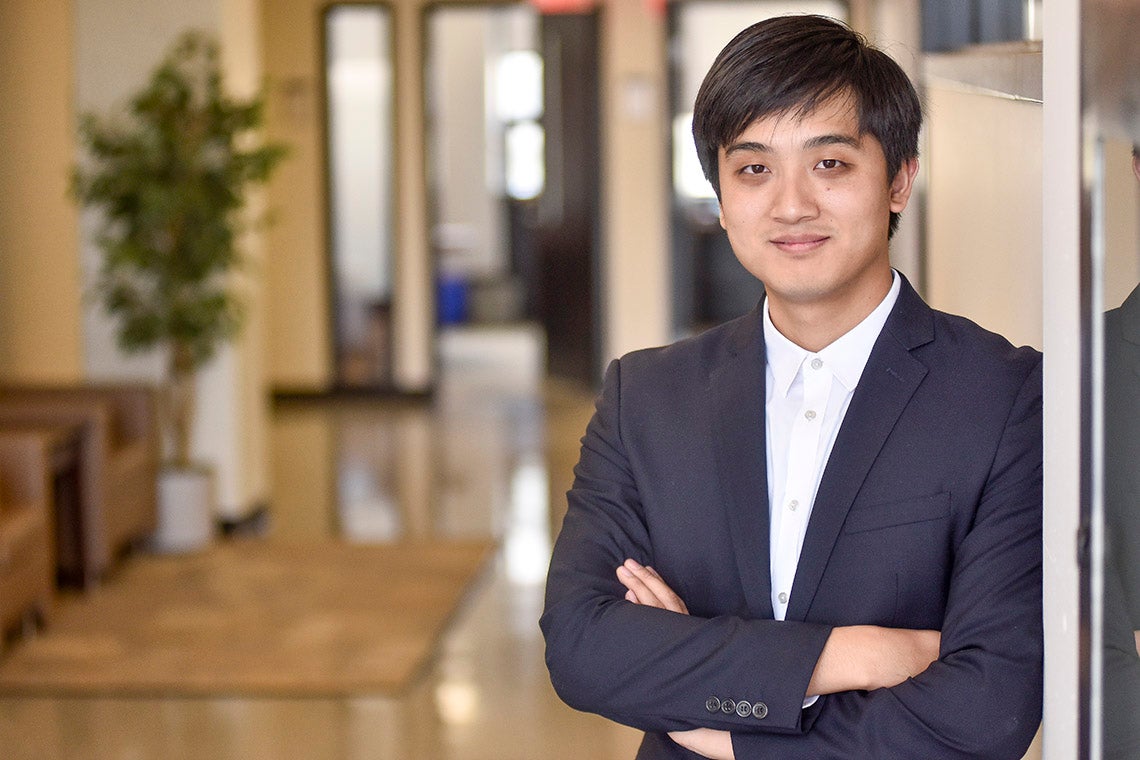 Long before the Communist Party rose to power during the late 1940s, China was ruled by a series of dynastic empires stretching back thousands of years.

The last of those dynasties was the Qing (1644–1912), which ruled across four centuries and at its height represented one of the largest empires in world history. The Qing dynasty witnessed many problems, particularly political upheaval and bureaucratic corruption, but it was also a time when trade and culture flourished across the empire, especially when it came to alcohol.

Jackson Yue Bin Guo is a PhD candidate in the department of history at U of T Scarborough who studies late imperial Chinese history and whose research focuses on the interplay between popular and elite cultures. His work specifically looks at how alcohol shook the distinctive features of social class, ethnicity, and other constructed boundaries during the Qing dynasty.

He spoke to reporter Don Campbell about who was drinking what in China’s last imperial dynasty, and why the empire even tried its hand at prohibition.

What got you interested in doing research on wine and drinking culture during the Qing Dynasty?

I mostly focus on wine and liquor, and one of the big questions I look at is why the production and consumption of alcohol really became popular during the Qing dynasty. It was so popular that the Qianlong Emperor (1711-1799) tried to ban liquor in the empire during his reign.

Liquor and wine production has a long history in China, dating back thousands of years. Chinese wine was fermented from cereal grains and fruit and not exclusively grapes, which makes it different from the European use of the term wine. There’s archeological evidence of wine and alcohol near the Yellow River dating back to 7000 BCE. Many luxurious bronze drinking vessels from the Shang dynasty (1600-1046 BCE) have also been discovered. Most historians argue that the Chinese properly mastered liquor production between the Southern Song and Yuan dynasties, so roughly between the 12th and 14th centuries.

What fascinates me a lot about the Qing dynasty is that the empire was massive, so there was a flourishing of trade and a lot going on culturally that was so influential to the drinking culture. You also see the rise of a powerful merchant elite, especially in Shanxi province, who really controlled a large chunk of the wine and liquor industry. This Tang dynasty painting, called A Palace Concert, depicts a banquet with the maids serving in the imperial palace. The painting is from the National Palace Museum of Taipei.

You say the Qianlong Emperor tried to ban alcohol. Was it an effort at prohibition that didn’t work out?

In 1737 the Qianlong Emperor, who was the fourth emperor of the Qing dynasty, launched a wide-scale prohibition on liquor in northern China, and then extended it to other parts of the empire, before including a prohibition on wine. It didn’t go over well with many, particularly soldiers along the northern border with Mongolia who lived in remote bases and would drink liquor to drive away the cold and boredom. Farmers in the north also weren’t happy because they grew a lot of sorghum, which wasn’t high quality but could be used for liquor, and they needed the extra income.

The policy was not very successful at all. There was an attempt by the emperor to compromise, so in years of famine liquor production would stop, that way people would have grain in storage and would have something to eat. But in 1794, two years before the emperor’s death, there was a severe drought in a few provinces near Beijing. From the records there’s no evidence that anyone obeyed the prohibition and that liquor production went on as usual. What’s interesting is that this attempt at prohibition preceded most of the state-led prohibition movements in the west by more than 100 years. There was an attempt to restrict and ban the trade of gin in London during the 1730s and ’40s, but the cultural contexts were obviously different.

Was there a distinction between what elites and commoners were drinking during this period?

There were a lot of different alcoholic drinks being consumed. Generally speaking, you could find grape wine, rice wine, yellow wine and different liquors of higher quality among the elites and in the Qing imperial court. For peasants or those in the lower classes, they were drinking relatively poor quality alcohol, usually liquor but also wine made from cereal grains and ripe fruits, something that could be brought to market where it would be sold for cheap.

Yellow wine was the most orthodox drink among educated elites. Many felt that liquors were too strong and that, in their opinion, were poisonous to drink. In southeast China especially there were very professional winemakers who argued in favour of making quality yellow wine. So they would mostly only use high quality glutinous rice and felt they were maintaining the traditional way of making Chinese wine. This was supported by elites.

Where did you get your primary sources for this research?

I went to four of the larger archives in China and Taiwan. I spent a month in the First Historical Archives of China in Beijing where most of the Qing records are kept. It took a long time because I had to manually copy everything by hand because there are so many restrictions on copying material.

I also spent time at the Sichuan archives that contained a bunch of legal cases that were very interesting. I came across one case of a man who sued his wife in local court for drinking too much. It gives a lot of detail about how she came home drunk nearly every day and attacked him. There’s all this rich detail that you can’t get anywhere else.

It also helps answer questions about whether women were involved drinking alcohol during this time period. According to tradition, women were supposed to be kept away from alcohol, but clearly from the records this flies in the face of reality.