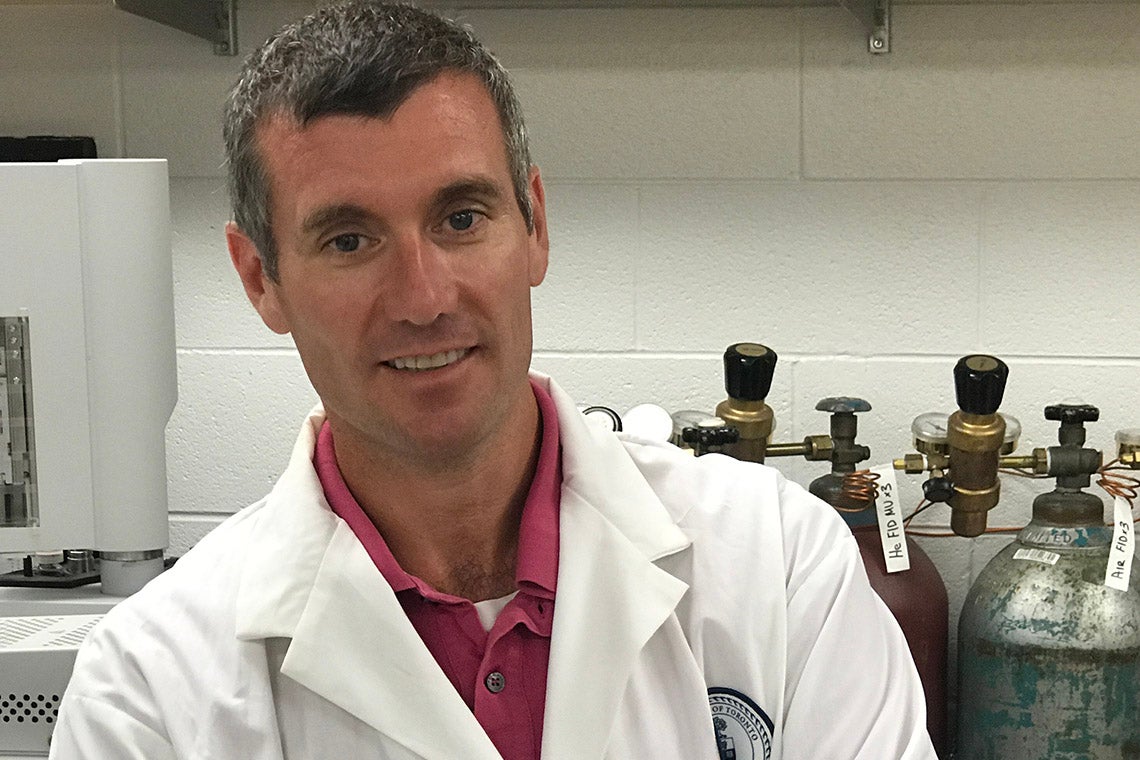 While the science is being established, there are still reasons to try grass-fed beef, including environmental, ethical and culinary, say U of T's Richard Bazinet (pictured) and chef Tyler Shedden

Richard Bazinet is an associate professor and Canada Research Chair in Brain Lipid Metabolism in the department of nutritional sciences at the University of Toronto.

Tyler Shedden (pictured below) is the culinary director for the Chase Hospitality Group based in Toronto.

Eight years ago Mark Schatzker published Steak, which argued that grass-fed beef was tastier and possibly more nutritious. The book greatly influenced both of us (a nutritional scientist and a chef), and we have been reaffirming his ideas ever since by chemically analyzing, cooking, eating and enjoying grass-fed beef.

But let’s get something straight. Nutrition is not about the occasional superfood, supplement or what you blend into your coffee. It is about all the foods you choose over the long term. The idea of a grass-fed steak making you healthier is about as silly as thinking that boiling some broccoli makes you unhealthy. And, while the fat and vitamin makeup of grass-fed beef looks healthier than standard beef, we don’t yet have the definitive studies in humans proving that it makes a meaningful difference.

If that research bears out, perhaps one day grass-fed meat will become a separate category, being considered a more healthful meat – the opposite of cold cuts and other processed meat, which are now in their own category, with nutritionists advising limited consumption due to health concerns. But while the science is being established, there are still reasons to try grass-fed, including environmental, ethical and culinary. Choosing truly grass-fed can be tricky. More and more meats and dairy products are being stamped with this label, but there are no established standards for it. Did the animal only ever eat grass with no grains at all, even in the winter? And what do we mean by grass? Technically, some plants we might consider to be a grass are not really grasses. One quick rule-of-thumb is to look at the fat: Grass-fed is slightly yellow as opposed to white. Also, we suggest talking to the butcher or farmer and asking questions.

Pasture-raised meat is more expensive, as you would expect. But here’s where you can experiment with cheaper cuts of meat. Many top chefs know that those cheaper cuts are more flavourful than prime steak, and prepared properly, can be the best part of the animal. But they do take some planning and know-how to get the best out of them. Consider shank, flank, brisket, or top butt and neck and cheeks, to name a few. Below we offer three easy recipes for cooking cheaper cuts – to delicious effect!

But remember that your meal is not just about the meat. What are you going to serve with it?  In many kitchens they say, “If it grows together, it goes together.”  For instance, a lot of pastured animals are roaming freely on the farm and eat grass that comes out of the same ground that many vegetables are growing in. Chances are, there are orchards above the animals dropping apples and pears onto the ground that the cows will eat.  Not to mention mushrooms, leaves of watercress, potatoes, onions and celery root. This truly gives you a sense of place or as the French say of wine, terroir.

The terroir concept very much applies to farming, especially in regard to pasture-raised animals and the dairy they produce. Sometimes you can find people who have a more holistic approach to growing at the farmers' market. If you are lucky enough to find someone who practises this type of farming (and it’s becoming much more common) you will then have access to vegetables, dairy and meat that all share the same ground – providing you with a very good terroir. Generally, these types of farms rotate multiple species over the pasture taking advantage of symbiotic relationships between the animals, plants and insects. Holistic farming uses minimal, if any, fertilizer or pesticides and aims to enrich the soil naturally. Having healthy soil is key for growing plants and animals with higher nutritional content and more flavour.

This is an interpretation of a classic French dish, which translates literally to Pot of Fire. The addition of marrow bones makes this a real treat.

Beef tartare is a classic Parisian bistro dish that truly showcases the flavour of the beef.  Here we have used Korean flavours as they have a rich tradition of using beef in many ways.

This is a dish best served in the summer alongside anything fresh and in season that you can put on the grill with the steak, such as corn, eggplants, sweet peppers, radicchio, broccoli, rabe, sweet onion, mushrooms and peaches.

The leftover red wine should also pair great with the dish.