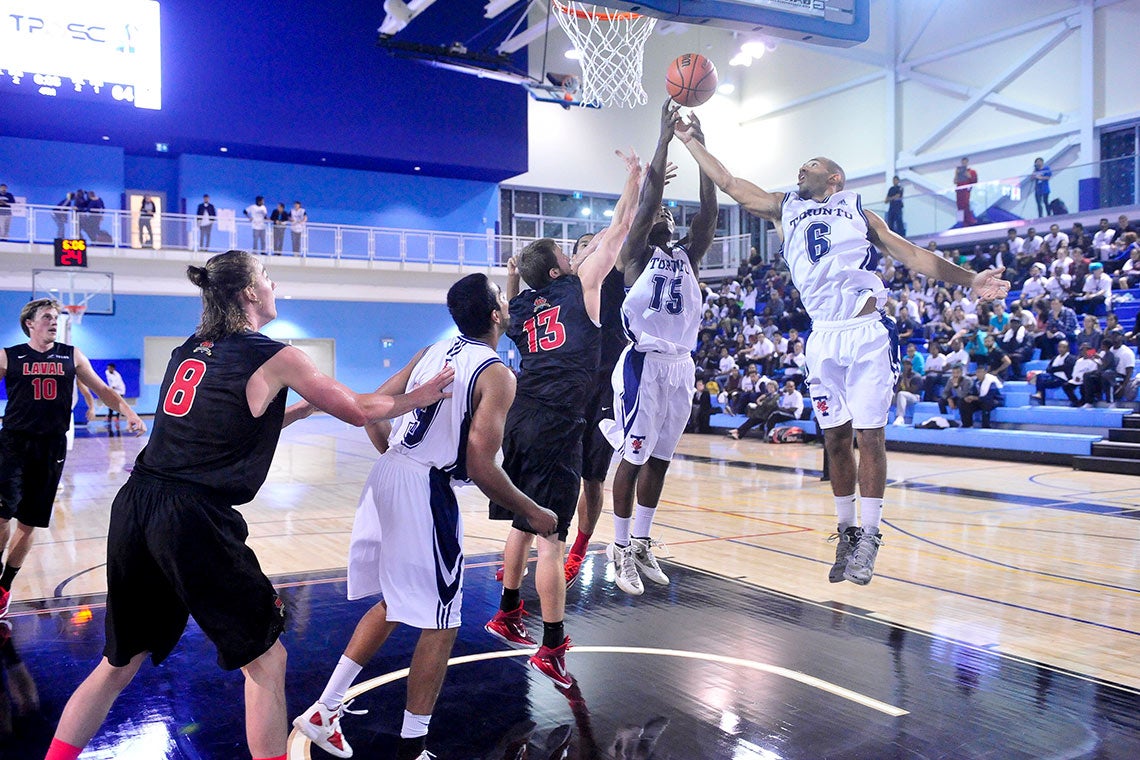 A working group struck by the University of Toronto Faculty of Kinesiology & Physical Education to examine Indigenous, racial diversity and equity issues has released its final report.
The 12-member task force, whose creation was inspired by U of T’s Truth and Reconciliation efforts, oversaw four working groups that examined a broad range of issues, experiences and barriers at the faculty and made several recommendations.
The recommendations, presented to KPE’s faculty council for consideration in December, range from finding new ways to integrate race and Indigeneity into the curriculum to allocating more money for scholarships and bursaries targeting Indigenous and racialized students.
“This is a tremendously important milestone in the history of KPE,” said Professor Ira Jacobs, who is dean of KPE.
“The breadth, depth and number of recommendations resulting from the efforts of the task force working groups illustrate both the challenges and opportunities presented to KPE in meeting its goal of supporting Indigeneity and racial equity, diversity and inclusion in both its curricular and co-curricular endeavors.”
The final report calls for making improvements in several areas, including academics, curriculum and programming, communications, data collection, recruitment, relationships, space and training. Specific recommendations include:
• Exploring ways to increase and integrate content on race and Indigeneity across the KPE curriculum, sporting and physical activity programs
• Being mindful in all communication to use language and visuals that reflect a culture of equity, diversity and inclusivity
• Collecting demographic data of KPE’s constituents in order to locate areas that require improvements in the recruitment and retention of Indigenous and racialized staff, faculty and students
• Allocating more funding for scholarships, bursaries and grants for Indigenous and racialized students
• Strengthening relationships between KPE and Indigenous and racialized groups through mentorship opportunities, coaching, mental health/counselling resources and the hosting of events that allow for the celebration of diversity within diverse, safe and welcoming spaces
• Providing anti-racism training for students, faculty and staff, including unconscious bias training for members of search committees and hiring panels
Read the Task Force on Race and Indigeneity’s final report
The task force is the latest example of KPE’s efforts to play a leadership role in equity-based initiatives. Other efforts include everything from increasing women’s participation in sport and implementing campaigns such as the Change Room Project to encourage a more inclusive locker-room culture, to researching racial representation in university-level sport teams and running Soar, a March Break program for Indigenous teens.
Simon Darnell, an assistant professor at KPE, co-chaired the task force along with Sharon Grandison, the director of human resources at KPE, and Lamia Aganagic, a KPE alumna. Darnell points out that while the task force report provides specific policies, programs and plans that can be implemented by KPE leadership in order to make positive changes, a shift in culture is equally important.
“There is no single policy that can change a culture,” he said. “Rather, we see the significant efforts and resources that went into the task force and its report as a way for us to tell people within and outside of KPE that we take these issues seriously, and that we expect to do better in the future in overcoming colonial practices and racism.”
Grandison said she was heartened by how many people signed up to work with the task force.
“It was very encouraging to see how easy it was to recruit people from across the university who saw the importance of this endeavor and how many honest conversations we had about the need for de-colonization, reconciliation and anti-racism.”
Among the recruits was Aganagic, who was appointed to the task force at the end of her fourth year as a kinesiology student and continued to work as co-chair throughout the year between her undergraduate and graduate studies.
“Serving as a member and co-chair of the task force has been one of the most meaningful experiences of my academic career thus far,” she said. “It defined my decision to pursue a Master of Public Policy at the Munk School of Global Affairs and Public Policy.
“The experience helped me contextualize much of the knowledge I gained as an undergraduate student at KPE and allowed me to understand and address the intersectional nature of the issues facing the communities the faculty serves. Kinesiology is more than the physiology and the biomechanics of the body, it's about the cultures those bodies create and the spaces they inhabit.”
The next step, according to Jacobs, will be reviewing the report and making decisions about its recommendations.
“The influence of the report will need to be judged in terms of its impact, including how we approach consideration of the task force’s report recommendations, the implementation of the recommendations selected, as well as an ongoing vigilance and reflection within KPE about how to make the world a more just and caring place.”
Jelena Damjanovic